Variety on your movie platter this weekend

This weekend, there is a movie for almost everyone. For those who want to have a romantic weekend can check out New York, I Love You. This movie is a collection of romantic shorts from directors including Mira Nair, Shekhar Kapoor, Fatih Akin and Natalie Portman. For a fun-filled weekend, you can catch Zombieland which promises to be a "laugh-riot". For some adventure, go for either the Bollywood fare Veer featuring Salman Khan or Hollywood release Where The Wild Things Are. Hollywood-New Releases 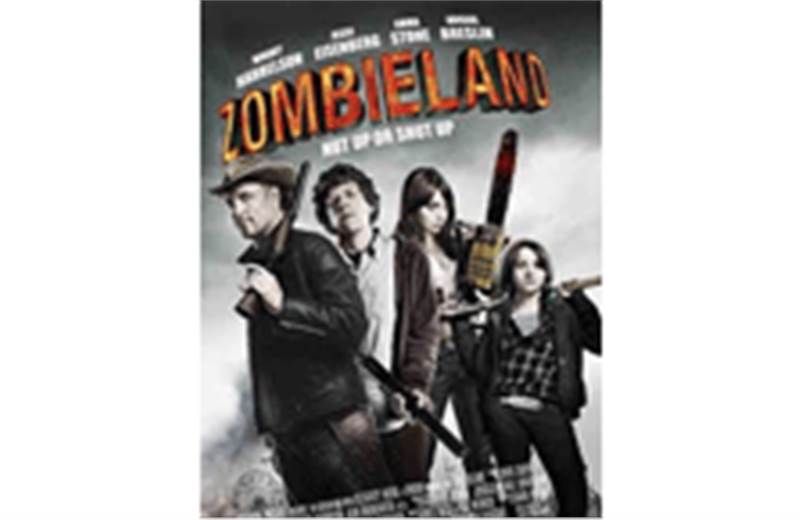 This weekend, there is a movie for almost everyone. For those who want to have a romantic weekend can check out New York, I Love You. This movie is a collection of romantic shorts from directors including Mira Nair, Shekhar Kapoor, Fatih Akin and Natalie Portman. For a fun-filled weekend, you can catch Zombieland which promises to be a "laugh-riot". For some adventure, go for either the Bollywood fare Veer featuring Salman Khan or Hollywood release Where The Wild Things Are.

New York, I Love you

The 11 open ended romantic tales may have a different story to tell but they all revolve around seeking and finding love in the least expected places. The anxiety and uncertainty of human nature when it comes to love is captured perfectly in all of these tales and that is what makes you like this film. Indiatimes

It’s a nice-looking city, after all, even if the interstitial skyline and traffic montages assembled by Randy Balsmeyer are about as fresh as the postcards on sale in Times Square. Each vignette was shot in two days, and the roster of directing talent includes Mira Nair (“The Namesake” and the forthcoming “Amelia”), Fatih Akin (“Head-On” and “The Edge of Heaven”) and Natalie Portman, making her debut behind the camera. New York Times


At least half the vignettes demand that you focus on your appreciation of performers as diverse as Chris Cooper, Robin Wright Penn and Maggie Q, and what they bring to conventional material. For a movie about a dizzyingly multiethnic place, “New York, I Love You” is a little on the vanilla side. But some of it is pretty tasty. Chicago Tribune


Zombieland is not just another addition to the overstuffed and undernourished subgenre of zombie flicks. It does in its own way what 28 Days Later did to this subgenre a few years ago that is revive it. But mind you Zombieland does it quite differently. DNA India


Falling closer in tone to "Shaun of the Dead" than "28 Days Later" or the George Romero movies, "Zombieland" has its tongue planted firmly in its rancid cheek while still delivering the visceral goodies. Hollywood Reporter

Where the Wild Things Are

Any discussion of Where the Wild Things Are must begin with its highly imaginative look, which delightfully blends conventional puppetry with more modern techniques. Screendaily

Considering more than half the film’s characters are giant, hairy monsters, it’s a good thing its computer effects aren’t nearly as conspicuous as its soundtrack. The wild things, designed by Jim Henson’s Creature Shop and approved by Sendak, come alive on screen in every way. Hollywood Reporter


Forget every sugary kid-stuff cliché Hollywood shoves at you. The defiantly untamed Where the Wild Things Are is a raw and exuberant mind-meld between Maurice Sendak, 81, the Caldecott Medal winner who wrote and illustrated the classic 1963 book, and Spike Jonze, 39, the Oscar-nominated director (Being John Malkovich, Adaptation) who honors the explosive feelings of childhood by creating a visual and emotional tour de force. Rolling Stone

Salman Khan gives a powerful performance in real sense. He is so prominent in the film that not even his brother Sohail Khan gets one consolation scene. Mithun Chakravarthy is the only one who stands on his own other than Salman Khan. Indiatimes

Veer rides on Salman's star power, but even his hardcore fans will be disappointed by this movie. Zarine Khan resembles Katrina Kaif, but wears one expression all through. Mithun is okay, while Jackie does his bit well. Sohail Khan irritates, meanwhile Puru Raaj Kumar and Aryan Vaid get no scope. Neena Gupta is as usual. The English actors are stereotype. Taran Adarsh

This mega-scale love story has patches of power but mostly veers between being ridiculous and plain boring. There are moments of comedy that will have you laughing till your sides ache – it’s unintentional of course. NDTV.com

And for those who are planning to chill at home, here's one.

A victim to frequent memory blackouts, Evan Treborn (Ashton Kutcher) begins to maintain a diary of his blackouts so he can remember what happens. Year later, when reading one of his old diaries he’s hurled back into the past. Filled with superb acting and shocking twists, this movie will take you on a roller coaster ride. The theatrical ending to this movie is highly recommended. (Recommended by Farhan Kapadia, staff writer - Stuff & What Hi-Fi?)