The growth of podcasts as a category is similar to my MTV experience: Cyrus Broacha

Cyrus Says, a podcast hosted by Cyrus Broacha, completed a 1,000 shows recently. We caught up with him to understand how the category has evolved and more... 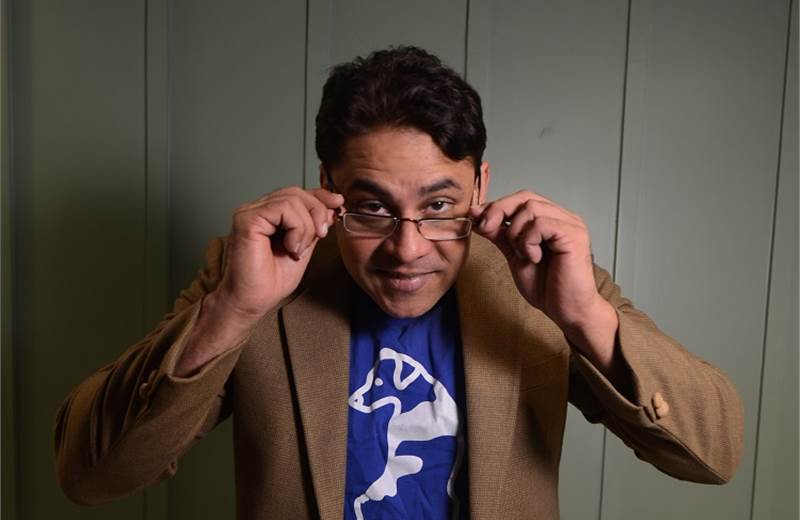 Cyrus Says, a podcast hosted by Cyrus Broacha (TV anchor, theatre personality, comedian, political satirist, columnist, podcaster and author), part of the IVM Podcasts stable, has completed 1,000 shows.
The show began in 2015 and has seen Broacha discussing life, politics, sports, traffic and food, with guests that included actors Deepika Padukone, Riteish Deshmukh and Genelia Deshmukh, Ananya Pandey, Malaika Arora and Tapsee Pannu, among others.
We caught up with Broacha to understand how the space has evolved, brand interest, stand-up comedy as a career option, and more...
Edited excerpts:
Back in 2015, podcasts weren’t as popular as they are now. What made you start this?
Amit Doshi (founder, IVM Podcasts) should get all the brownie points. It was his idea to create podcasts. We had no backing in terms of money and talent. Back then, there was no market for them. If he wasn’t Gujarati, I would have just walked out!
How has the category evolved since then?
The growth of podcasts is similar to my MTV experience.
Back in the 80s and 90s, when I was growing up, we did not have any examples of music and youth television. We had a few family shows and nothing else. There was this whole movement of music and hit lists with the youth and that culture came in.
Similarly, I didn’t realise we would make a factory of different podcasts. It’s growing very fast in the creator space and everybody wants to make or listen to them now.
Why is it growing? I'm not the right person to answer this question as I’m as confused as everyone else!
As a creator, is it more difficult to capture your audiences' attention through audio only?
No, I don’t think so. There’s an intimacy that radio gives you. When you listen to it while you’re in your car, at work, or on your own, there’s a different feel to it. As a cricket lover, I love radio commentary. Sometimes I miss it. There was a romance to the imagination with the commentary and them telling you what’s happening. I had never seen a cricket ground in England or Australia, like many of us growing up. So, we were imagining what they were telling us and that was a different feeling. I have a lot of time for the audio medium.
Having said that, with the 3D and 4D screen options coming up, there are plenty of options and even I thought it was a bit backward. But, we have been proven wrong. I’m confusing podcasts and so are other people. Video and audio are co-existing!
Were you able to get a lot of sponsors for the show?
We got a few sponsors and honestly haven’t done too badly. But it’s a different kind of market. You get a sponsor for a little while and then move to the next one. The business model is evolving.
TV shows have long-term sponsors. That doesn’t seem to be the podcast way. It almost mirrors society. We’ve got plenty of sponsors, and quite a few coffee brands!
In 2013, in a chat with Campaign India, you mentioned how stand-up comedy could be an option for a child in the big five cities, but not outside. Has that changed with the likes of OTT growing?
As a career, you have to come to these cities. From a point of commerce, it hasn’t changed. The growth of visual comedy has been huge though. I was down South and I saw some of the comics doing their shows in Tamil, and it was huge. It should be that way. You can’t beat the local identification.
But to make money and have long careers, you have to come to the five or six big cities. When you’re 35-40, I don’t know if you can sustain yourself by just performing at a bar or a small place.
While there's growth in the category, we've not seen the Hindi show series evolve on TV. We’ve seen the occasional hit show like Dekh Bhai Dekh, but not many more. Why do you think so?
I have no idea why the sitcoms have just fallen out of favour! Reality shows have eclipsed everything else and dominated completely. As far as Hindi comedy goes, it’s much less. English comedy can be viewed on TV and we have contemporary work coming out.