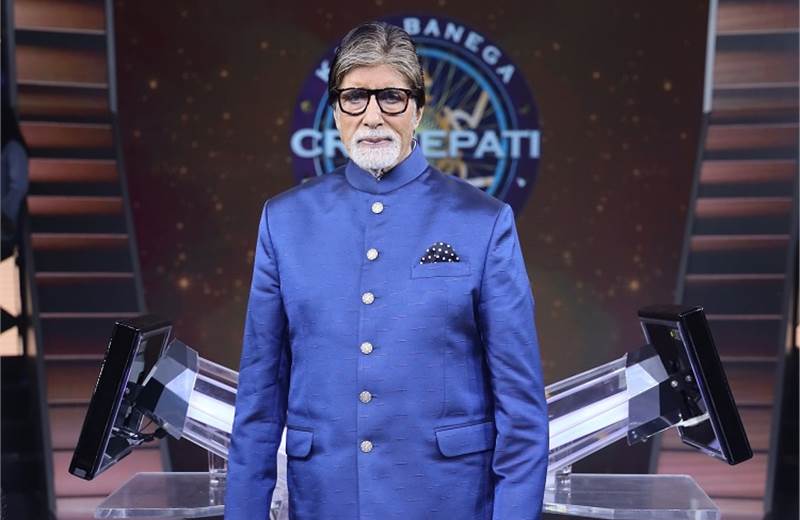 After KBC, Amitabh Bachchan will be back on Sony Pictures Networks at 9 pm

Sony Pictures Networks will be airing a film titled 'Family' which features actors like Amitabh Bachchan, Rajnikanth, Ranbir Kapoor, Priyanka Chopra, Alia Bhatt, Chiranjeevi, Mohanlal, Mammootty, Sonalee Kulkarni, Shiv Raj Kumar, Prosenjit Chatterjee and Diljit Dosanjh.
The film will be airing on all Sony Pictures Networks channels at 9 pm on 6 April and has also been supported by Kalyan Jewellers. It was been directed by Corcoise Film's Prasoon Pandey and Bachchan.
The actors will be supporting and extending the ‘stay at home’, ‘stay safe’, ‘wash your hands’, ‘work from home’ and ‘maintain social distancing’ statements through the film. Bachchan will also unveil an initiative that supports the sustenance of daily wage workers associated with the entertainment industry.
NP Singh, MD and CEO, Sony Pictures Networks India (SPN), said, "In trying times, we have to collectively front and face issues that affect the industry. So, as part of its CSR outreach, SPN has taken the initiative of working alongside Amitabh Bachchan and Kalyan Jewelers to support the households of daily wage earners of the Indian film and television industry. SPN’s support will ensure that at least 50,000 workers and their families have their home supplies for a month."
TS Kalyanaraman, chairman and MD, Kalyan Jewellers, added, "We are witnessing an unprecedented  global pandemic, and in these very testing times we have decided to support the initiative of Amitabh Bachchan and work alongside him and Sony Pictures Networks India to support the households of 50,000 daily wage workers and their families by providing them with supplies for a month."