A new VR initiative by BBH gives creatives access to advice and general wisdom from the ad legend. 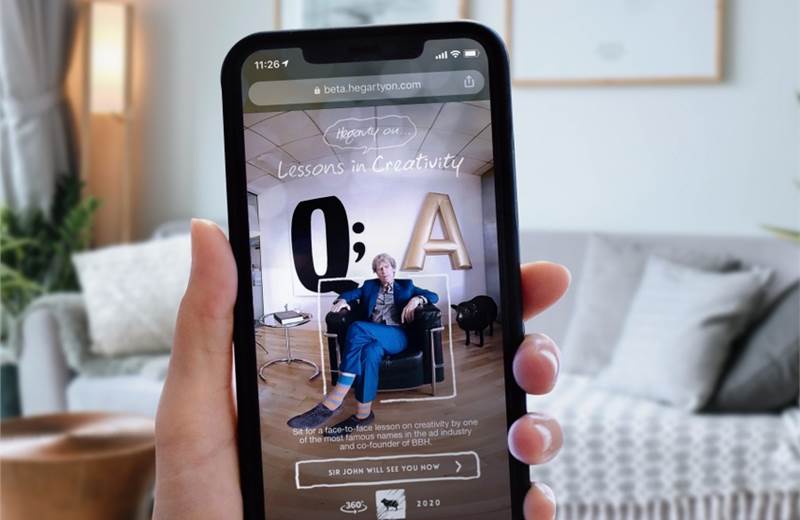 This week, BBH released “Hegarty On…”, a virtual 360-degree tool featuring its prolific founder John Hegarty in his iconic London office, who throws out nuggets of advice around advertising, art, philosophy and creativity.

The production has 17 chapters including topics such as ‘A career in creativity’, ‘Being different’ and ‘Generating ideas’. Each video—filmed prior to his retirement—features Hegarty plopped nonchalantly on his office couch while animated characters flutter around the room.

“Everyone knows that Sir John is a great storyteller,” said Joakim (Jab) Borgström, ​worldwide chief creative officer at BBH. “Just before he retired from BBH we shot these videos in his office as we wanted to find an interesting way to capture his legacy in a space where many of his great ideas were born. His office doesn’t exist anymore so these sessions are a link to that moment of time when he was still around at BBH.”

The tool was previously available to staff but is now made public and playable on smartphones, tablets and desktops as well as Samsung Gear VR, Google Cardboard, and Oculus headsets. BBH Singapore developed the tool in collaboration with directors The Kissinger Twins, alongside MediaMonks, MIMO Production and Kuva.