Writing skills are "deplorable" and the best work in the last 18 months came from the in-house team at Oatly, according to the 'H' in BBH 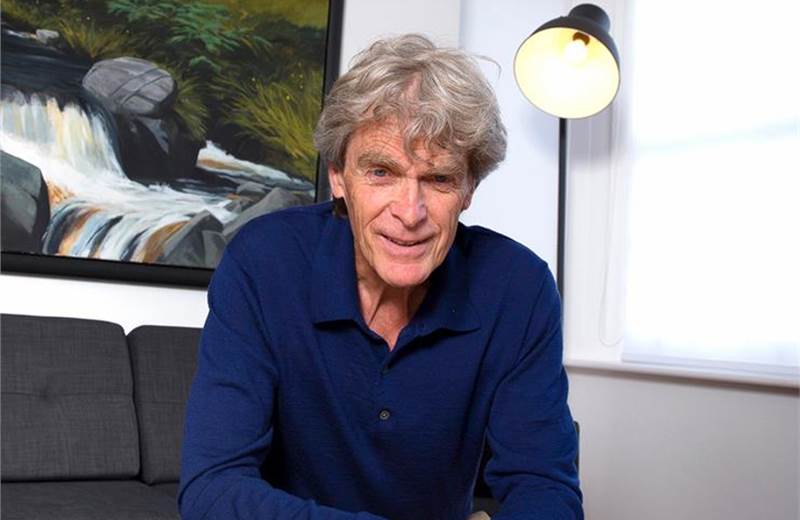 Sir John Hegarty, former worldwide creative director and co-founder of Bartle Bogle Hegarty, has warned that ad agencies are declining in their craft skills in the wake of the coronavirus pandemic.

But he lavished praise on Oatly’s in-house advertising, calling it “the most distinctive work I’ve seen in the past 18 months”.

Hegarty told Campaign the craft skills on show in the oat milk brand’s in-house work were being lost by agencies that have been letting senior creatives go during the coronavirus downturn.

“Oatly has great copywriting, brilliant art direction—it’s everything that you want advertising to be. I think a lot of agencies couldn't do that [work] now, because they've got lots of digital and social media people but they haven't got those craft skills," he says.

“Often agencies can't invest in the right kind of talent. A lot of quite senior creative people have been let go because they were viewed as being too expensive. Yet they had tremendous skills that agencies still need.”

Despite his praise for Oatly, Hegarty does not recant his previously expressed scepticism about the general creative quality of in-house agencies. In 2018 he called in-house creatives "boring", saying: “Great creative people are outsiders. As soon as you’re on the inside, you stop being able to challenge.”

Now, he says: “There have been some wonderful examples of brilliant work done in-house, but I think in-housing is often done for the wrong reasons, like saving money or having control. The right reason for doing it is you have a better understanding of your brand.”

The future is freelance?

The wiry 76-year-old is putting his money where his mouth is, speaking to Campaign to publicise the tech-based freelance matchmaking service Genie, which he has just joined as chair and investor.

He has already whipped up a tempting sell, describing Genie as offering clients “the best creative department in the world, in your pocket”—although in reality he doesn’t go so far as to claim temps will replace a permanent creative set-up.

However, his assumption is that the growth of freelance commissioning is set to continue, bringing Genie custom from both agency and in-house sources. Genie’s in-house clients have included ABInBev, Warner Music Group and furniture brand Made.

He believes Genie adds to the attractiveness to top talent of going freelance (the service is not open to anyone, but is invitation-only).

"If you're a freelance person, you want the opportunity of the best briefs, and the technology that Genie have developed allows you to input your experience, input what you've done, the kind of work you're good at, the things you like doing, and they can match that to a brief that a client puts out. So you don't find yourself constantly looking at things, thinking should I do this, should I not?” he says.

Admittedly, the past year has shown some of the challenges of not being on a permanent staff, but Hegarty flips that point to talk about the potential for agencies to draw from the talent pool of those "experienced but too expensive" creatives who have been moved off agency wage bills.

“If these very senior people are now freelance, then as an agency I can have that person for a month, I don't have to have them for a year. It's the flexibility and the fluidity of it,” he says.

“The ECD is still incredibly important because they're providing direction. They're like the conductor of an orchestra, they're the ones setting the tone, they're the one that has captured the essence of this campaign of this brand and saying what they want the team to deliver to.

“As an ECD, your job probably becomes even more important, because you're bringing in people who work for 10 other clients. Why is a freelancer going to be better working with you than with somebody else? Because you've got a more defined personality and philosophy, you really understand the client brand and you can brief the freelancer properly.”

This emphasis on definition extends to how he thinks agencies ought to react to “the rise of freelance”.

“Agencies need to have a more defined philosophy, a more defined personality and character, because in a way they're going to have to go out and get the right people to work for them. It isn't just a matter of taking just anybody on, they've got to define what it is they're about and what they're trying to do and how that is going to be attractive to freelance talent.”

‘There’s no fucking writing in that’

Campaign, of course, cannot resist the chance to pull Hegarty into the “no-one can write in ad agencies any more” debate started by Lloyds Banking Group director of marketing communications Richard Warren.

Even before the subject is brought up Hegarty spontaneously describes “the quality of writing in TV, print and online” as “deplorable”.

He says Warren has a point, and while he claims to stop short of total agreement, his words suggest otherwise.

“We don't celebrate [copywriting] in the way we celebrate ‘Ooh, I've come up with this promotional idea and I've got everybody to run around Piccadilly Circus with no clothes on for a new sun tan cream’ and that gets posted online and there's no fucking writing in that, none at all, but that's always celebrated.

“People aren’t being trained… writing has been subsumed into just putting a caption to a picture. That sense of writing, which is about persuasion and keeping somebody's attention, has been lost.

“We mourn the loss of people like David Abbott, who sadly is no longer with us, and tragically I think a great percentage of young creative people wouldn't even know who he is.”

As well as shaping a business out of creative connection through Genie, he’s keeping an eye on AI and looking forward to the approaching demise of the third-party cookie.

“Time to get rid of all those stalker brands,” he concludes.