The entire campaign witnessed viewership of more than a billion 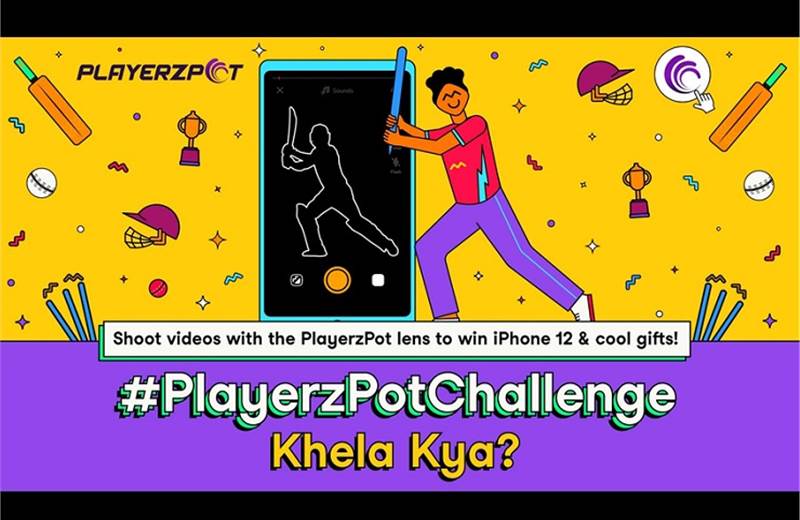 Playerzpot an online gaming portal is already a big name in the circuit with over 7 Million trusted users. And with its recent tie up with Moj it has garnered a bigger noise with garnering larger audience that fits apt in their target audience bucket. Since the Khela Kya promoted heavily on their social media assets the brand was able to achieve the targeted the numbers they had set for the journey.
Moj played a very important role to incorporate the vision and the reach was made possible due to the tie up. In the current market habits where the content is available everywhere and the stickiness of the captive audience is required, Moj plays an important role to achieve the goals, Moj is just the right platform to promote a brand and PlayerzPot identified the potential, which ranks among the top five free apps on Google Play Store.
Influencers always play an important role to increase the fan base and followers for an app and PlayerzPot created a trend that appealed a lot to the youth. Known influencers like Awez Darbar, Nagma Mirajkar, Nita Shilimkar, Jannat Zubair, and in-house influencers such as Vishnu Priya, Arishfa Khan, Pankaj Joshi, Surbhi Rathod, and the like also promoted the challenge in their own native and quirky manner.
The best possible way to launch the campaign was during the IPL. The avid cricket fans were able to connect very easily and were hooked to it, which created a huge buzz.
For the engagement a hashtag challenge was initiated on MOJ and also a branded lens was incorporated. The lens had 5 cricket shots which the creators had to copy/ replicate. The ones with maximum runs wins the contest.
Few Key Milestones:
This campaign witnessed over 2.3 million shares externally. The campaign had over 300K UGC which is one of the highest ever on Moj for a lens-based HTC campaign. The entire campaign witnessed a massive viewership of more than 1 billion.
The national campaign was spearheaded by 50 influencers across different languagessuch as Hindi, Bengali, Gujarati, Kannada, Tamil, Marathi & Punjabi.
Thie entire success story has resulted in the repeat business from the clients and has opened doors to many categories of clients for new partnerships.
Speaking about the challenge, Ajit Varghese, COO of ShareChat & Moj said, “We are committed to our vision of empowering creators and brands with campaigns that can help in the growth of their businesses. This collaboration with PlayerzPot fulfilled the purpose of our vision by delivering 1bn+ video views, triggered by 50+ influencers to fuel up 300K+ UGCs which was bang-on for the brand to entice the desired association and connection with cricket during IPL.”
Elaborating on the association with Moj and response around the campaign, Sunil Yadav, CEO of PlayerzPot said, “We know the kind of love a sport like cricket garner in India. Our IPL campaign celebrated that sentiment and emotion. We are thankful for all the support and response. The campaign was a success, and we were able to reach almost 3x new users through MOJ. All these testify that we are on the right path and have been able to understand the huge appetite and craze for cricket and the game-related engagement among the millennials and GenZ population, irrespective of genders and geography. Our influencers also deserve praise for their interesting, amusing, and insightful contributions. We are happy to have partnered with Moj, who knows the pulse of the audience and is equipped with the ways to reach out to them.”