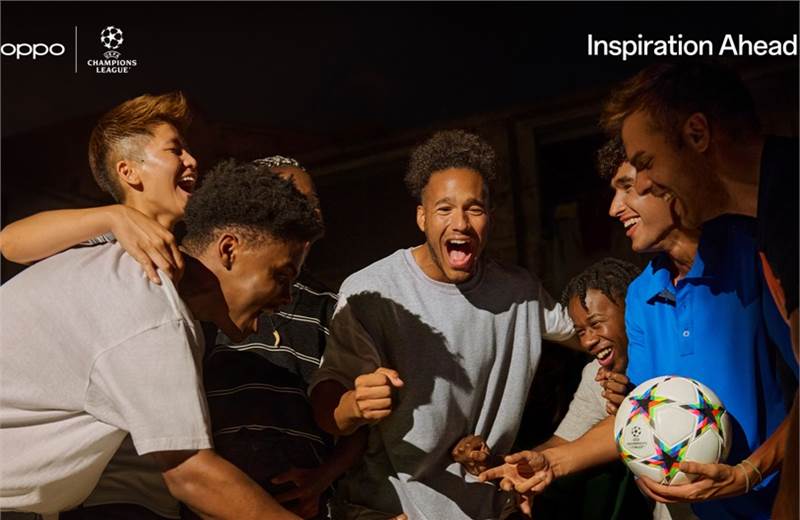 Oppo has announced a two-year partnership with UEFA across different tournaments organised by the European football body.
The competitions include the UEFA Champions League, UEFA Super Cup, UEFA Futsal Champions League Finals and UEFA Youth League Finals for the next two seasons. Oppo will work with UEFA to showcase moments from the UEFA Champions League to football fans around the world.
Guy-Laurent Epstein, marketing director, UEFA, said, “We are delighted to welcome OPPO to the UEFA sponsor family with the world’s greatest club competition – the UEFA Champions League. OPPO is a global leader in mobile technology and together, we are looking forward to advancing our efforts of connecting and inspiring football fans around the world.”
William Liu, president, global marketing, Oppo, said, "We are excited to partner with UEFA and work with them to drive inspiration for football fans during UEFA competitions. At Oppo, we believe in the power of innovation to help us overcome life’s challenges, and this synergy with UEFA’s desire to fight in the face of adversity, makes this a perfect partnership.”
As part of the partnership, Oppo will enjoy visibility, appearing on broadcast backdrops and in stadia. In addition, Oppo will offer football fans an opportunity to go pitch-side throughout the UEFA Champions League season and capture key moments with Oppo smartphones.
This newest sponsorship expands upon OPPO’s existing sporting partnerships. The Chinese technology company is in its fourth year of partnering with Wimbledon and Roland-Garros (venues for top tennis tournaments called grand slams) and is a global partner of the International Cricket Council (ICC).