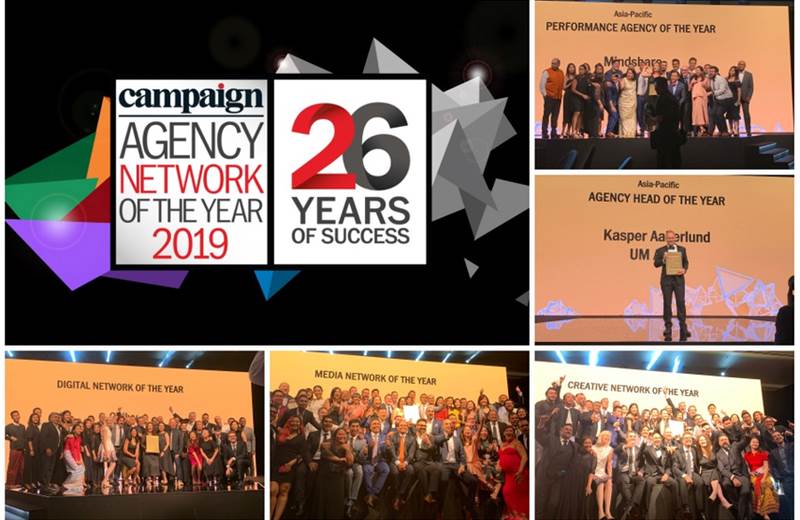 WPP agencies Ogilvy and Mindshare once again duelled until the end in the final APAC network standings at Campaign Asia-Pacific's Agency of the Year awards. But this year, Ogilvy turned the tables on Mindshare, stealing Digital Agency Network of the Year away, in addition to winning top APAC creative network. Mindshare, which had won both media and digital APAC titles last year, still hung on to the media title.

But the race for Digital Agency Network of the Year was left wide open after Accenture Interactive won Digital Agency of the Year in Japan, Dentsu won in South Asia and Leo Digital won in Greater China.  Ogilvy nabbed the award in Southeast Asia and accumulated enough points overall to win the APAC title.

Among the APAC agency titles, Ogilvy Australia also was recognised as the Best Place to Work, with TBWA winning Best Culture. Mindshare Singapore took Performance Agency of the Year, shared with DotMatters out of Thailand, while Xaxis repeated as APAC Programmatic Agency of the Year. Meanwhile, Malaysia's ADA has been making waves in recent years and was rewarded with the Asia-Pacific Tech Agency of the Year title.

The APAC 'people' awards were split between two media agencies. UM APAC was recognised as the region's top New Business Development team and its CEO, Kasper Aakerlund was named Agency Head of the Year.

Mediacom won for Talent Development Program of the Year, wheile Nihar Das picked up Account Person of the Year and Archana Ram was Strategic/Brand Planner of the Year.