Obsessed with lies to uncover the truth

Julia Izmalkowa, a humanologist looked to demystify 'the psychology of lies for business' at the Star FLOW festival 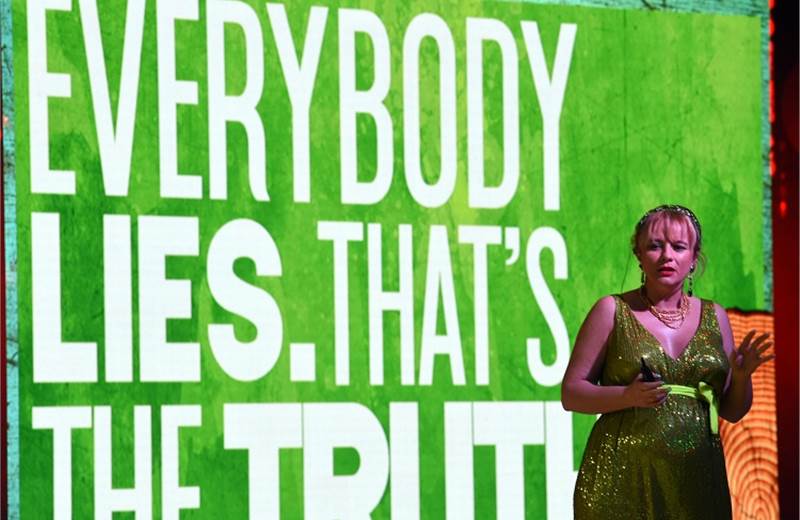 Men lie to build their social status. Women lie to protect. Men lie about their income and height, while it’s age and weight that pushes women into concealing facts. Eighty six percent of people lie in their CV and 90 percent lie during job interviews.  Also, a whopping 98 percent lie on dating websites.
When lying is so prevalent, Julia Izmalkowa, a leading European Humanologist took centrestage at FLOW the marketing festival to demystify “the psychology of lies for business”. She said, “My obsession with lies comes from my love for the truth. Lies are sometimes needed, as they are social glue.”
Izmalkowa said that in the past some brands had taken advantage of the consumer’s affinity to lying. In Holland, a shoe store offers two types of receipts to customers who bought shoes. Real receipts or fake ones that shows 50 percent off in order to conceal the truth at home.
For marketers, she had a clear message. “Research based on the bad assumptions is bad research. Every brief has an insight or truth about human nature, but it has to be something more.”
She highlighted that marketers still believe that people tell truth in a focus group, but in reality they lie 8 out of 10 times.
“Marketing should differentiate fact from insight,” she said and went on to show examples from the world of business where she had uncovered the truth by using the golden rules of observation.
In the first case titled, “The shoe lie”, a shoe brand was seeing a drastic decline in sales. Traditional research threw up the usual answers -- better competitors, weak brands and a difficult market. So, the brand also took the usual steps like investing in advertising to counter steep decline in sales. “Companies are not like Santa Claus. They should make money,” she says.
On visiting stores, her team uncovered a unique insight. Consumers were buying shoes after smelling them in a subtle manner. If they spotted smelly glue, they believed it was a poorly made shoe.
Using that insight, the brand looked at ways and means to convince customers that their shoes would indeed last longer. While expensive cases would mean adding more cost to the product, the idea that eventually got implemented was a 10-cent idea. The brand just added an extra pair of shoe laces, thus giving a subtle hint that the shoe would last long enough for consumers to use the second pair of laces.
“Don't ask consumers for solutions. You are responsible for that,” before citing another case called ‘The MTV lie’. The music channel was faced with a situation where it didn't know what programme to continue and what programmes to pull out of air.
The research suggested that consumers hated American reality shows. However, the viewership numbers showed otherwise. A visit to consumer homes showed the real picture. Consumers were watching shows after coming back from college, while claiming that they were, “not watching, but just resting the brains”. So the channel had to only alter the time of the shows to suit schedule of college.
Izmalkowa prescribes the golden rules to uncover the truth in marketing. “Don't ask. Just watch.”  “No evidence, don't consider.” And finally, “Don't trust, check.” “Don't talk, provoke.”