The communication has been created by Contract Advertising, Gurgaon 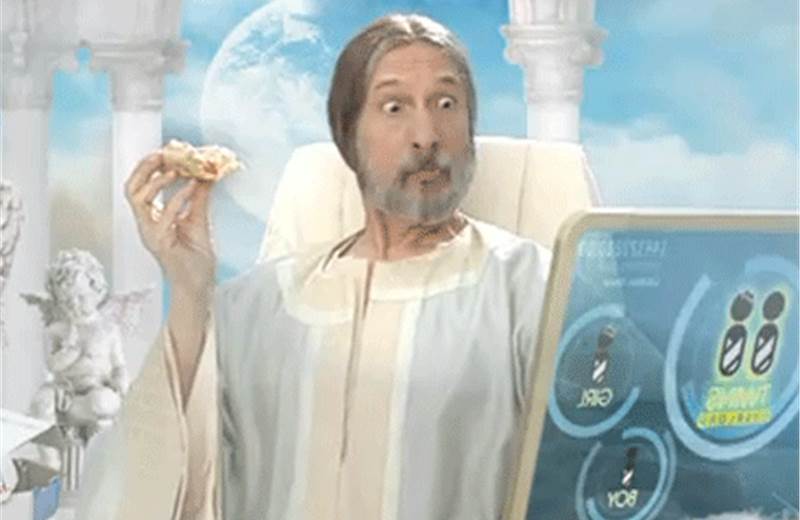 The two layers of creamy and cheesy liquid within the new Domino's Double Burst pizza, have inspired the creative idea for the communication. Contract Advertising, Gurgaon, has created the TVC.

Watch the TVC (story continues below)

In the TVC, a man's joy at becoming the father of twins is shortlived when he finds other men in the hospital walking around with twin babies as well. The scene shifts to an eskimo couple, a Japanese man, and an African tribesman who have also become parents of twins. The cause of this is a 'wish angel', who is so besotted by the taste of the Domino's Double Burst pizza, that he keeps granting twins to all the couples back on Earth.

Harneet Singh Rajpal, general manager, general manager - marketing, Jubilant Food Works Limited, said, "The brief to Contract was that the communication should be able to establish the format of the product, that it’s high on taste and indulgence, and should be engaging, interesting and clutter breaking in its execution. The idea is based on the consumer insight of the after effects of a great tasting product – people are lost in it, completely absorbed in it, and their mood is lightened as well."

Nima DT Namchu, executive creative director, Contract Gurgaon, said, "While we did write quite a few scripts, this one resonated the most with the client-agency team – if the arrival of a baby is one of the happiest moments in a person’s life, what if he/she was blessed with not one but twins? It was linked back with the pizza through the wish angel, who is granting double happiness as he indulges and gets absorbed in the taste of the Double Burst pizza."

He further added, "While the script demanded a multi-locale shoot, we were quite pressed for time and had no option but to shoot it on the floors of the Film City, Mumbai. But fortunately, Razy, his production team and his art department did their bit to make up for that. The set designers ensured that the whole look and feel is very real. Also the casting does full justice to the script."
The lead medium for the communication will be television and the idea will be taken forward on the digital platform and through local store marketing.