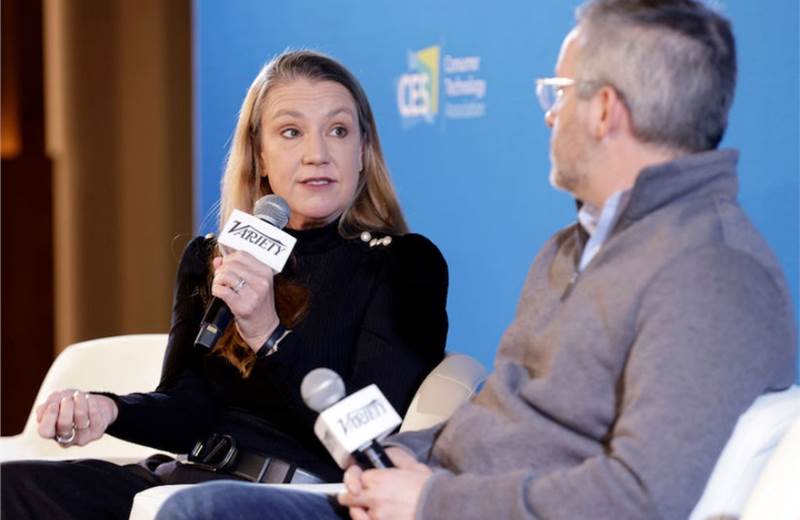 Netflix is developing its targeting capabilities to permit advertisers to reach consumers on specific shows and around specific moments, the company’s advertising chief teased at the Consumer Electronics Show 2023 in Las Vegas last week.

Jeremi Gorman, president of worldwide advertising at Netflix, provided a brief preview of upcoming innovations for the streaming service’s ad-supported tier on Friday—the health and future prospects of which was one of the most talked about topics among ad industry attendees of CES 2023.

Some of the initial excitement to advertise alongside Netflix’s premium slate of content has worn off in the weeks following the launch of its Basic with Ads tier. Advertisers have expressed concerns about slower-than-expected subscriber uptake and limited capabilities leading to unjustifiably high CPMs.

Gorman, a former Amazon and Snap ad executive, sought to temper concerns by reminding ad professionals that Netflix launched with a “minimum viable product” and is in the crawl stage of “crawl, walk, run.”

The current 15- and 30-second spots on offer are “definitely not representative of our long term ambition,” Gorman said. The streamer has launched 20-second spots in Spain which it plans to roll out more widely.

Long-term, the ambition is for advertising to become more natively and dynamically integrated into Netflix’s content, Gorman said.

The streamer plans to introduce dynamic ad insertion to identify key moments within each of its shows and films that advertisers can target against, such as a family reunion or first date.

“We have so much tonnage in terms of hours, time spent with the platform. It gives us a really unique opportunity to be able to target really differently. An example of that would be not only by genre, which everybody can do, but…dynamic insertion of ads near moments that are relevant to marketers,” Gorman said.

Netflix is reportedly planning to use artificial intelligence to identify natural breaks within each of its titles to insert an ad slot, rather than following the 15-minute standard of linear TV, according to advertising executives that spoke with Campaign US.

Netflix also plans to introduce single-show sponsorship and targeting by age and gender—data it still needs to collect.

Gorman acknowledged that Netflix’s CPM, reportedly up to $55, is “top of the market”—especially considering its limited ad offering. The price is a byproduct of limited supply and high demand as well as the premium content in which the ads run, she said. But she appeared open to a reduction in price over time, adding “the market will more or less dictate to us what are reasonable CPMs.”

A broad swath of advertisers from CPG to luxury to auto have signed up to the tier, Gorman said.

Gorman would not be drawn on whether Netflix would sell its ad supply through the open marketplace. The Trade Desk CEO Jeff Green said during an earlier session at CES that Netflix has “more to lose by not being a part of the open internet than the open internet has to gain by Netflix joining.”

Microsoft has exclusive rights to Netflix’s ad supply as the tech partner powering the ad tier, but Netflix is expected to fully in-house its ad tech capabilities within the next two years, according to sources Campaign US spoke with.

Rumors that Microsoft may acquire Netflix have been quashed by the Federal Trade Commission’s aggressive probing of big tech M&A, including Microsoft’s acquisition of Activision Blizzard.

‘Pleased with the growth’

While user uptake of Netflix’s ad-supported tier has been slower than expected, Gorman said on Friday the company is “pleased with the growth that we're seeing.”

The ad chief could not provide specific subscriber figures ahead of Netflix’s earnings update on 19 January.

Netflix warned advertisers in November that user growth was lagging behind projections. It  had initially promised to sign up 500,000 ad-supported subscribers by the end of the year, but estimates shared with Campaign US put it closer to 200,000. The streaming service reportedly issued refunds to advertisers in December for falling short on audience guarantees.

Netflix is also working through licensing negotiations to make more of its content available within its ad tier. It had warned that up to 10% of its content would be unavailable on the tier at launch while it renegotiated deals struck years ago.

Gorman said Netflix has no immediate plans to launch its ad tier beyond the 12 countries it is currently operating in. With a team of just seven employees supporting the ad tier, she said 12 countries “is just fine.”

Gorman is not concerned about the competition and believes it is positive for consumers.

“I think it's a ‘rising tide rises all boats’ situation for connected TV,” she said. “Each of the companies is really compelling another company to make extraordinary content.”

“Five of our most popular shows of all time were last year in 2022 when competition has never been more fierce. I think that is really a reflection of everybody making everybody better. And I think we can all agree that streaming content just continues to be exceptional. And then as the linear market changes or flattens, we're giving advertisers and customers a place to go,” Gorman added.

Competition is good for advertisers too, allowing access to a broader audience on premium streaming platforms and leverage for negotiating deals.

But as a new channel, it will be a while before Netflix captures meaningful ad budgets.

“Netflix creates an unlock for a different type of consumer potentially, but it's not going to be an end all be all. We continually see more channels coming online for marketers to deal with, and it will ultimately get absorbed into the marketing mix,” Josh Campo, CEO of Razorfish, told Campaign. 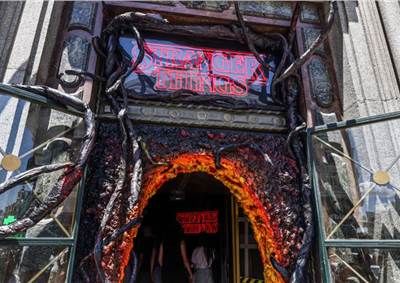