Indian advertising revenue is expected to grow in excess of 12 per cent CAGR, in the next five years 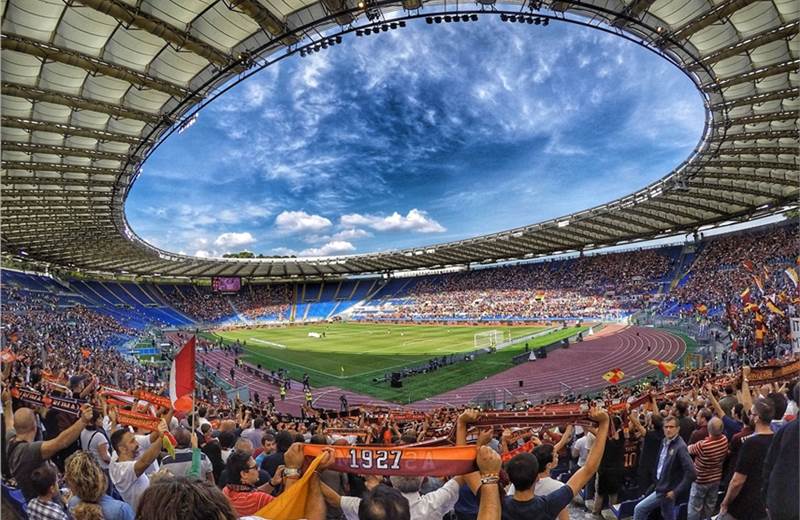 India leads the world in ad spending forecasts for 2018 and beyond, according to a recent report from Magna Global.

The study forecasts that advertising revenue will grow at CAGR of +12.1 per cent in the next five years to touch INR 1.09 tn. Growth will be led by digital with +21.6 per cent. Television will still rule the top as the largest media in 2022 with a market share of 41 percent. Digital and print will have equal share of 25 percent. Mobile will displace desktop as the third largest category by 2020.
The global report highlights that India is coming to terms with the transformational reforms undertaken by the government. "The temporary disruption caused by demonetisation and GST has bottomed out and now the market is poised to realise its growth potential. Measures to address the banking health will improve the overall business climate and the recent revision to tax incidence will promote consumption, increases compliance and ease of doing business," the study reports.
The improvement in fundamentals will accelerate with the combined impact of revival in rural economy, growing middle class, bold reforms, digitisation, private investment and consumption. GDP in real terms is expected to grow +6.7 per cent a speck slower than earlier projected +7.17 per cent and in 2018 IMF report says the economy will grow +7.4 per cent. India is on its sure path to become the 3rd largest economic power.
In 2017, India's estimated Adex growth rate of +11.5 per cent earlier in June has been revised marginally downwards to +11.1 per cent. In 2018, we expect the ad spends to grow +12.1 percent, said the report.
Globally, next year promises to be a stronger year for ad spending, but mainly due to big cyclical drivers like the Winter Olympics, the FIFA World Cup and the US mid-term elections, according to Magna’s latest winter update.

In Asia-Pacific, Magna has brightened its latest outlook for 2018 to 5.9 per cent growth (to US$165 billion) from 5.1 per cent in its earlier estimate, which now marks an improvement from the 5.7 per cent growth in APAC in 2017.

That’s largely due to an upward revision in the estimate for digital-centric China. Whereas Magna previously expected only 6.7 per cent growth in 2018, it now expects a gain of 8.5 per cent, nearly matching this year’s pace as fears of a broader economic slowdown dissipate.

The fastest growth in the region, meanwhile, is set to come from across South Asia, with India, Pakistan and Sri Lanka all poised for 12 per cent gains. “Growth is in line with the economic development in these markets,” Gurpreet Singh, managing director of Magna Global APAC told Campaign. “The temporary disruption caused by demonetization and GST [in India] has bottomed out and now the market is poised to realize its growth potential.”

The one blemish in Magna’s largely positive global outlook is Singapore. It is the only advertising market—of 70 analysed—that Magna predicts may shrink next year, by -3%, which would mark its third straight year of declines. Weaker export demand and consumer confidence in Singapore, Singh said, are hitting local marketing budgets.

“Advertisers are careful in deploying spend in an uncertain sales environment,” he said. “Spends are moving to other forms of marketing activities like e-commerce, activations and content, which is not part of tracking in this report.” Digital in the driver’s seat

Digital is responsible for most of the growth in the region, with digital ad revenue rising another 15 per cent next year to US$69 billion. That would represent 42 per cent of total ad budgets in the region, up from 36 per cent in 2017 when digital surpassed TV as the top ad category.

The trend here, of course, is a global one. Digital ad sales worldwide are expected to gain 13 per cent, Magna reports, slightly slower than the 17 per cent pace we saw last year, but still on pace to keep ahead of other categories. By 2020, Magna estimates digital ad sales will form half of all ads sold globally.

More specifically, it’s mobile that remains the cash magnet of digital advertising. While this year’s 39 per cent growth rate is unsustainable, Magna expects mobile ad spending to jump a further 27 per cent in 2018, in sharp contrast to the -4 per cent drop anticipated for desktop.

“The transition to a digital-centric media world accelerates as digital ad sales continue to grow as fast—and often faster—than expected,” Vincent Letang, Magna EVP of global market intelligence, said in a release. “Meanwhile linear television struggles in most major markets (US, UK, Australia) as CPM inflation is no longer strong enough to compensate for declining ratings and lower demand from consumer goods.”

In APAC, most markets continue to be led by digital growth, noted Singh, though it varies by geography. “In Pacific, eastern and North Asia markets, digital would continue to grab high ad expenditure share—with the highest share in some markets and fast closing gap with TV in others. In South Asia and SEA markets, TV is still strong … with high ad expenditure shares, but digital is moving very fast.”

Linear TV ad revenues are set to gain 2.5 per cent worldwide in 2018 to $183 billion. This, however, is entirely attributed to those big cyclical sports and political events, without which there would be no growth.

Out-of-home is the other offline channel poised to grow. Magna predicts a 3 per cent gain next year to $33 billion.

Print and radio ad sales, however, can expect to slip further. The report expects an 11 per cent drop in print ad revenue to $54 billion while radio will lose 2 per cent to settle at $28 billion.

(A version of this article first appeared in www.campaignasia.com)

Telecoms adspend will grow at 4.5% a year to 2023: Zenith global report