Meet the men who foretell the future of media: Majority Report 2030

AI is the new god and techno religion will change the world, say Kaleidoko's Jonathan Tavss and Dean Donaldson. 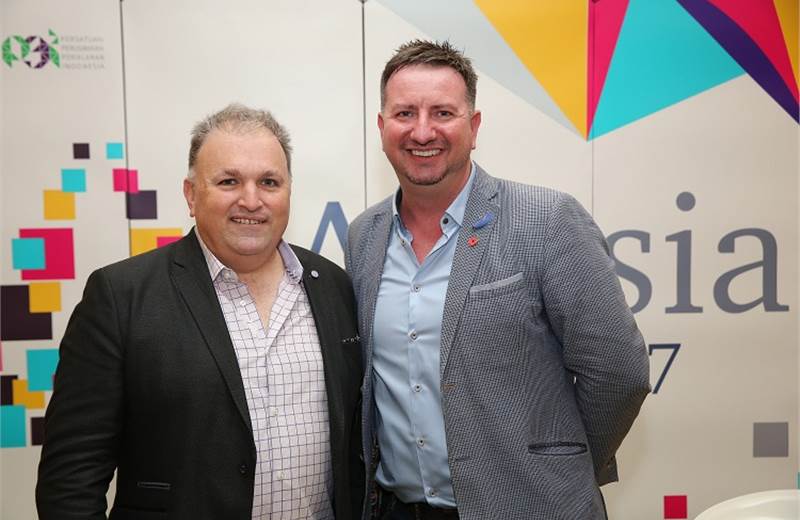 There are 8.3 billion connected devices on planet earth right now -- that's more than the entire human race. However, it's not reached tipping point yet. There will be 25 billion devices by 2020 (more than three devices per person, if you look at recent population estimates).
Now, brace yourselves for this. Twelve years from now, by 2030, there will be 500 bn devices, a massive 16 devices per person. At AdAsia 2017 in a session titled, 'Majority Report: Future of media 2030, Dean Donaldson, a transformation strategist and digital futurologist at Kaleidoko and Jonathan Tavss, global leader, content creation, business strategy and consumer insight at Kaleidoko provide a preview into the future.
They say that in an era of overwhelming choice, everything is a blur for the consumer. That's why companies like P&G reduced the choice offered in their shampoo variants from 46 to low-teens and increased sales.
Tavvs says that the impact of blockchain for brands is going to be incredible. He points out that today's kids will never get to learn cash and robots will probably take over the world. One more statistic - by 2030, 33 per cent of homes will have robots. Also, there will be a trillion sensors by 2030 and 50 percent of all internet traffic will come from appliances.
For those who have been saying this all along, their doubts are re-confirmed. A massive, 50 per cent of all media jobs will disappear by 2030. But there will be less than five percent of unemployment. Technology will assist and not replace us.
They say, 2017 is the year of the chatbot. "By 2020 you'll have more comfortable conversations with the chatbot than your spouse," says Donaldson.
Blockchain, genetics and AI will bring back the 'me' into media, adds Tavss.
They say that 20 per cent of companies are already using AI and the ones that use it well witness a 3.5x profit growth. Half of those companies are already getting ROI on their AI investments.
In the future, AI will also incorporate empathy. However, in most cases most of the data is locked in walled gardens. Unless they are merged into a data lake it will not become the potent force that it can be. "Something fundamental has to happen for AI to be useful," says Tavss.
The future will also be about microanalysing and micro-serving both ads and content. Blockchain will find its way into distribution of power, processing and auditing. By 2025 blockchain will be used to collect tax and 30 percent of corporate audits will be handled the same way.
We are all the same
99.9 per cent of humans are alike. "The 0.1 percent of us is all that makes each one of us unique," says Donaldson citing a study that analysed base pairs of human DNA.
Even in genetics, the time taken to research and the cost has come drastically down. For instance, it took 13 years to map the genome and it cost more than a billion dollars. By 2006, the cost of sequencing the human genome had come down to as little as 14 million dollars. Now the cost of DNA tests is under USD 100. Nearly 10 million people have undergone DNA tests even before testing labs started putting out TV ads, says Donaldson. He forecasts that this will lead to the age of personalised medicine, where your dosage will be decided by looking at your DNA patterns.
And this could eventually decide the future of social media. "What comes after social media? It will be genomedia," says Donaldson elaborating that it will help you reconnect with a member from your extended family from 200 years ago, or maybe even 2,000 years ago.
He says that geno-media will map consumer taste, tendencies and likes more accurately than ever before. "The reality is geno-targetted advertising. It will help not just content and advertising, but finance, insurance and even recruitment. There will be massive implications. Are we ready?," he asks.
He predicts that the positive impact is, "aided by blockchain humans will be able to retain control of their data. We keep control and get rewarded for our data. It will not be Facebook and Google who gets rewarded," he says. "Blockchain will make every other model obsolete, en masse at scale. That's the majority report," Tavss signs off.