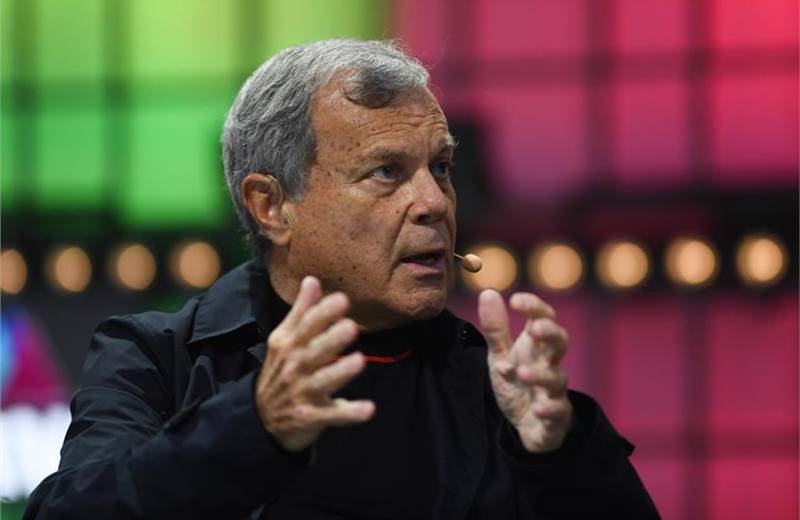 In addition to completing a rebrand that unified the former S4 Capital under the MediaMonks name, the agency completed a handful of mergers and added new capabilities in technology services—which, alongside data and content, is a critical pillar of CEO Martin Sorrell’s “three-pronged strategy” for a modern agency.

“Top-line growth is strong, margins are good and there are deals to be done,” Sorrell told Campaign US during an interview, scheduled to take place at CES in Las Vegas, which was switched to a virtual video call given the rise of the Omicron variant.

MediaMonks has benefited from its digital-only focus, as marketers and agencies speed up transformation strategies. Organic revenues increased nearly 50% in the first half of 2021 and were up 75% over 2019 pre-pandemic levels.

But Sorrell, the founder and former CEO of advertising behemoth WPP, isn’t done building his new empire yet. With the potential to reach billionaire status by 2023, he’s got his sights on geographic expansion, new services and a few more “whopper” clients from his Rolodex.

Some aspects of his approach, however, have changed, most notably in his embrace of a more flexible working model.

MediaMonks, which made its debut on the London Stock Exchange as S4 Capital in 2018, has since rapidly expanded its size and geographic footprint. In 2021, headcount doubled from roughly 3,500 to 7,500 as the agency grew in Latin America and Asia through mergers and added about 1,700 staffers organically.

More than half (60%) of MediaMonks’ business comes from content production, and Sorrell expects that service “will always dominate.” Data, analytics and digital, which came with its acquisition of MightyHive in 2018, brings in 30% of revenues. And technology services, such as systems integration and implementation, account for 10% of the business, but Sorrell wants to “see that become more significant.”

MediaMonks operates in 33 countries but is concentrated across the Americas and Europe and is growing fast in Asia, Sorrell said. Sorrell is bullish on Latin America, where MediaMonks has more than 2,000 employees already.

“The tech and creative talent here is outstanding,” Sorrell said. “We tend to be a bit snotty in New York and London about how good we are. Watch out, because they may have even surpassed us in some respects.”

Sorrell’s sights, however, are set on Asia, where MediaMonks is riding the tailwinds of economic growth in China. He’s also looking to grow the business in India and launch hubs in Malaysia and the Philippines.

As for M&A, MediaMonks has “plenty of deals in the pipeline,” Sorrell said, one of which he will announce this week. But intent on building a unified company unencumbered by the silos that plagued his previous firm, Sorrell isn’t looking for founders who want to cash out.

“When we talk to people, if they want to sell, we're not interested,” he said. “Our half-shares, half-cash model appeals to people who are interested in building something for the future.”

Sorrell believes 2022 is going to be “another strong year,” both for MediaMonks and the wider business world, as the economy continues to rebound. He predicts, however, that inflation “is less transitory and more permanent than people give it credit for.”

Despite the pandemic heading into its third year, Sorrell is optimistic “we’re heading closer to normalisation.”

“I'm quite bullish, and you see it in the markets, about the end of it,” he said. “That doesn't mean we won't have to continuously be vaccinated or boosted.”

2023 will be “when the rubber hits the road” in terms of the economy slowing down, he says, which will ensure clients continue to focus on digital transformation as they look for efficiencies.

2021 was a big year for global pitches as clients reassessed priorities during the pandemic.

Sorrell likens the phenomenon to the “great resignation”: “Clients are using the pandemic not as an excuse, but as an opportunity to reassess what they do, how they do it and where they do it,” he says.

Despite the massive global prizes up for review this year, MediaMonks prefers not to pitch for business. “We like the land-and-expand strategy,” Sorrell said, referring to winning a project with a client and growing the business from there.

“We can't afford to commit to people for a year for a pitch process, nor do we think it makes sense to get involved in procurement spreadsheet exercises,” he said. “That's commoditised the business.”

Still, Sorrell is after big-name accounts the likes of which he had at WPP. MediaMonks counts Google, Mondelez, BMW/Mini and HP on its roster, and has a few more “whoppers,” as Sorrell calls $20 million-plus accounts, on its radar.

“We'll compete [in pitches] if we think there's a change agent inside the business,” he said. “We are better attuned to working with companies that look at the sky rather than their boots.”

While MediaMonks finds itself competing against digital agencies within holding companies (Sorrell mentioned R/GA, AKQA and Huge), Sorrell views his competition as Accenture Interactive, as well as global digital agencies such as Jellyfish and Dept. He sees tech services firms, such as Thoughtworks, EPAV, Endava and C&IT, as his real competitive set.

Sorrell is still sour on the holding company model, despite holding onto his WPP shares. In 2021, all the holding companies posted growth over 2019 levels, but Sorrell maintains that “if they couldn't bounce back with a $16 trillion economic stimulus, they never would.”

“They are still stuck with the fundamental problem: 60-70% of their business is in traditional,” he says. “Buying a Romanian software engineering business is not going to get you out of that.”

WPP, for its part, is “still very vertical,” Sorrell said: “They talk about simplifying the business, but all they've done is strengthen the verticality. That makes intra-vertical competition even more acute.”

A 'troika' of client needs

Marketers this year will deal with a “troika” of needs, including agility, control and expertise on data privacy, Sorrell predicts.

“In an inflationary world growing at this rate, you need 24/7, always-on agility,” he said. “You can't wait three months for a commercial, or even one month. You have to move faster.”

The need for agility and control is leading more clients to take services in-house or embedding agency talent within their staff (MediaMonks supports both models).

Privacy is accelerating the dominance of walled gardens, not just from Google and Facebook but also from retail giants including Walmart and traditional media companies such as NBCUniversal.

By Sorrell’s calculations, Google, Facebook and Amazon are poised to have sucked up more than half of all digital ad revenues in 2021. Even Apple, which hit a $3 trillion market cap last week, is benefitting from its privacy restrictions in the form of ad revenues.

“The only one to break through is TikTok, and that's important,” Sorrell said. “This year we are seeing huge adoption [of TikTok] by clients.”

'Flexibility will be more important'

“There has been ‘power to the people,’ or the employees,” Sorrel said, adding that both churn and pressure on wages will be acute problems for agencies in 2022.

“People are much more selective,” he added. “They are being wooed by more than just financials; they are wooed by the purpose of the company, the qualitative stuff around the conditions, workplace, benefits and facilities.”

Employee needs aren’t the only thing that has evolved. Sorrell himself, a notoriously tough boss, is embracing hybrid working and more flexibility.

MediaMonks has reduced its global office footprint to 60% what it was pre-pandemic, on a constant basis, and is signing more flexible leases. It’s redesigning its offices, such as its space at Hewitt Place in London, with more common areas and private rooms for virtual meetings.

Sorrell, who turns 77 this year, recognises this softening in his approach.

“Ironically, I find myself arguing with people far younger than me who say we have to have people in the office,” he said. “I've gone to the opposite extreme in a way. We can measure productivity from a distance. Flexibility will become more important.”

A former road warrior himself, Sorrell also welcomes a more thoughtful approach to business travel. He, and the industry at large, are reconsidering the need to “spend vast amounts of money and time traveling around the world to various conferences,” especially as technology improves and climate issues rise on the business agenda. (MediaMonks has pledged to get to net zero carbon emissions by 2024.)

“Maybe we spent too much time at events and we should be more selective,” he says, adding there "will always be a need to gather and meet lots of people in a short time."

He added: “This [pandemic] has been terrible and killed so many people, but if you were looking for a silver lining, this reassessment has been healthy and good. It has forced us to look at ourselves more carefully.

“I tend to side with those who say this [shift to remote, flexible work] is going to be more permanent than people think."