Rohit Jawa, Unilever’s senior VP of global marketing, says that focus, rigour and connecting with consumers are the keys to marketing success. 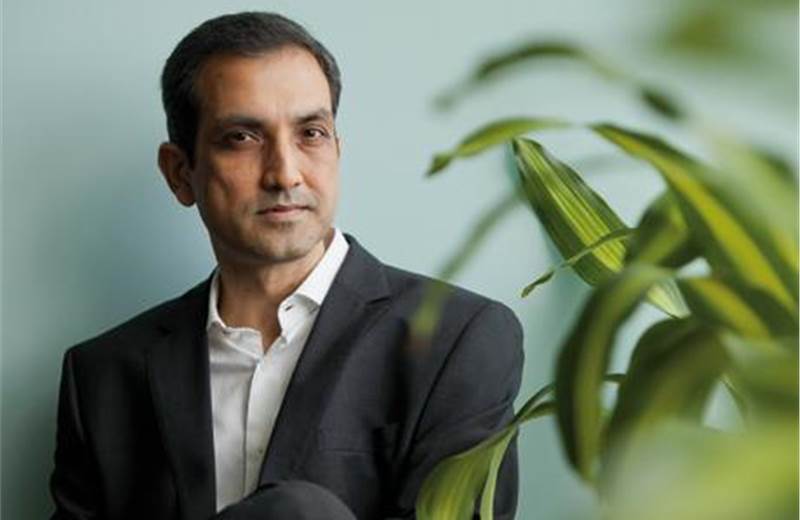 Rohit Jawa is every inch the poster boy for ambition and self-improvement. Having started as a fresh graduate in the sales team of Hindustan Unilever, he has spent the past 25 years climbing the ranks at the FMCG giant to his current role of senior vice-president of global marketing operations, which he took on last August. But he is by no means finished.

Jawa is driven by the belief that he was born with possibility and that he owes it to himself to maximise this potential and get the most from himself. In his personal life, his diet and exercise regimes are set — he spends seven days a week in the gym and labels himself a “fitness disciple” — and this meticulous attention to detail and self-improvement appears to have been a constant throughout his career. “We will always be driven by ‘am I getting better every day, am I maximising my potential, or can I do something better?’” he says.

As a fresh graduate from the University of Delhi, Jawa first chose Unilever because he wanted to join the best consumer goods company in India. Hindustan Unilever is known as a springboard to senior management positions within the company, and once through the door, Jawa strived to be the best in his peer group. It was the drive to expand his skill set that saw him uproot from India eight years ago to take on a brand-building exercise in Vietnam. Now, somewhat unusually for a global executive, he is based in Singapore, leading a team of marketers across a total of eight market clusters.

Meticulously mannered and radiating an innate calm, Jawa’s ambition is intertwined with a long list of personal values that have underpinned his career, those of honesty, integrity, straightforwardness and “being generally good”.  This attitude spills over into his team management, where one gets the impression that he is a dedicated leader.

“It’s very important to be authentic to people, take care of them,” he says. “Not by being the guy who takes them out for a drink every night, but being true and generally caring for their future.”

Jawa’s answers are measured and thoughtful, and tellingly he believes focus is “one of the greatest forces on earth”, adding that it’s always important to picture the end goal.

“I think that’s a really compelling notion,” he says. “If we collectively share and visualise what we are trying to go for, with a simple idea, it tends to always be realised.”

He says this principle has underpinned his career, and that once a clear set of priorities have been decided it is important to focus on execution. On this front, Jawa says he has always been very demanding of rigour, continually checking on the ground and connecting with consumers.

He explains that this was the way he was trained 20 years ago when, fresh through the door in sales at Hindustan Unilever, he spent a couple of months in a village serving community development projects.

Jawa’s decision to follow in his father’s footsteps into the world of business was an obvious choice back in 1980s India when entrepreneurship “wasn’t cool”. But unsure of the direction to take, it was the gurus of advertising such as William Bernbach and the iconic Volkswagen ad campaigns that nudged him into the world of marketing as a student.

He says he found the creative and big ideas that change business thinking, such as the unique selling proposition (USP) notion, to be commonsensical and compelling and far “more real” than a career in finance. “And it was, I must admit, much more glamorous,” he says.

Jawa says that while the principles of marketing have changed very little since then, consumers now have a lot more choice and are now more in charge; choosing brands they trust and love and providing instant feedback. He says that this change is leading to better marketing and the key to succeeding in this new world is to remain contemporary, keep learning and to not become comfortable with one way of doing things.

“The fundamentals of good marketing and branding are never going to change, but the way we do marketing will,” he says. “That tension between constancy on the one hand and evolution and flexibility on the other, we need to have the ability to live that conflict.”

It is no secret that Unilever is looking to grow its home and personal care business aggressively, as well as focus on growth in emerging markets. Last year, Unilever’s emerging market business grew by 11.5 per cent — driven by markets such as India, China, Turkey and South Africa — and now accounts for 54 per cent of the FMCG’s turnover.

But the company’s chief executive, Paul Polman, recently highlighted that 2011 was a turbulent year for the world economy, and that while growth in the emerging markets remained robust, there were some signs of softening.

Although Jawa concedes that the slowing of growth in emerging markets will be a challenge, he maintains that any slowdown is just of a temporary nature. “Of course it will never be a straight line and this growth will be somewhat crooked — there will be ups and down, but it still is high growth rate,” he says. “The big point is that in the longer-term perspective, five to 10 years, it is undeniable that the macro trends will continue to be in favour of growth in the developing markets,” Jawa says.

Given that Unilever has operated in emerging markets for decades it has a strong position and a good understanding of how to operate successfully and capitalise on the opportunities.

He say the FMCG group has “played the portfolio” addressing consumers at all income levels, rather than focusing on just one cohort of the population. “There is sizeable market of billions of consumers at each level and if we are to be a company with significant reach or growth we cannot operate to a niche or a sector, we have to operate across the board,” he says. “We believe that 70 per cent of our future growth will be driven by market development, and it’s our ability to grow those markets as leaders that is going to define our success.”

On the agency side, Jawa says Unilever looks for professional and strategic thinking, adding that at the very basic level, strong custodianship of the brand remains critical.

He says Unilever works with agencies that are among the best in the industry and looks to form long-term partnerships. Nonetheless, perhaps due to its far-reaching ambitions for growth, Unilever is becoming a particularly demanding client for agencies to work with. At the time of going to press, the FMCG group is about half way through a year-long pitch of its global media business, which comes about two years after the previous review.

Jawa says the media space is now getting more complicated, with the days of placing an ad on one programme and getting 70 per cent reach a thing of the past. He says that as the industry specialises, Unilever is looking outside of its core agencies for projects, particularly in the digital space.

“We use agencies in the PR space that are unique to a particular field and these are chosen for principles of strong credentials, high-quality work and strong ability to prove and deliver great creative ideas at competitive cost,” he adds.

He says while creative ideas and ROI are key factors in the selection process, neither should be looked at in isolation. “The role between the publisher, the advertiser, the media are getting mixed up,” he says.

“How do we operate in this world in the most relevant fashion where we can create creative impact, build brand preference and a good ROI? That’s the challenge we need to answer.”