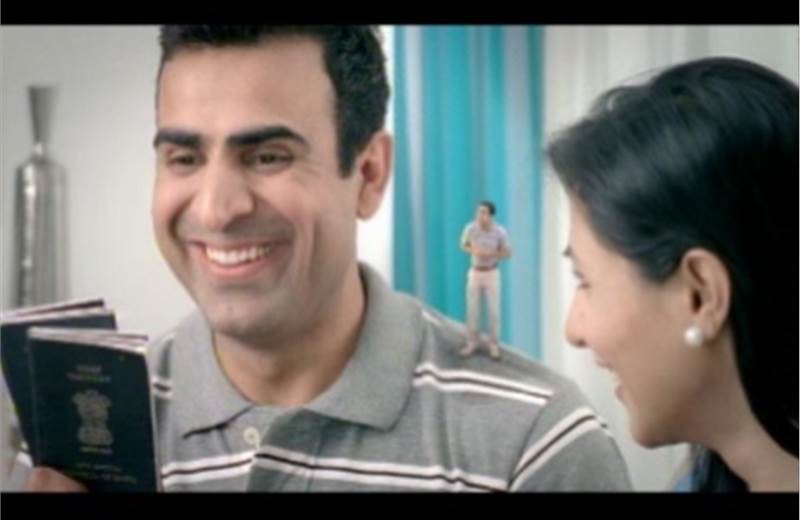 After being appointed as the creative agency for Tata AIG General Insurance, Law & Kenneth has created its first TVC for the brand.

Watch the TVC (Story continues below).

The TVC titled “Travel insurance le liya toh”, shows a man packing his bags just before he leaves his loved ones at home for a holiday with his wife. As his sister, mother and son give him things before he leaves, all the uncertainties surrounding his travel and his family come up in his mind. That’s when his wife applies for Tata AIG’s travel insurance through her mobile phone and tells her husband about it. This puts an end to his worries and the film ends with the couple shown leaving their house.

Commenting on the new campaign, Anil Nair, chief executive officer and managing partner, Law & Kenneth said, “We are getting into the season of travel and hence this is the first project since we took on the business. We are addressing two different target constituencies through this advertising. The first set of consumers who don’t realise the importance of taking travel insurance and the other who are aware of travel insurance but don’t take action thinking it’ll be a laborious process. For both these constituencies, visiting is the perfect solution and the TVC showcases just that.

Charles Victor, national creative director, Law & Kenneth, added, “There’s a nagging voice of doubt that always whispers in our ear’s every time we’re out to do anything big, in this case a holiday abroad. And that voice grows into a crescendo as the day draws closer. The film captured the fact that this rising doubt can be silenced in a flash, even minutes before setting off, with www.tataaiginsurance.in. It’s a simple, sharp consumer insight that marries well with the message.”

On the need for travel insurance and the TVC, Gaurav D Garg, managing director and chief executive officer, Tata AIG General Insurance, said “While one may have meticulously planned every aspect of a trip abroad, there are still chances of things going awry due to events beyond our control. We or a family member could fall ill, lose our baggage or passport, have a flight delay and so on. For a complete bailout from such unnerving experiences in a foreign location, a travel insurance policy comes handy. And it is relatively inexpensive when compares with the cost of the holiday.

The TVC has been directed by Ashwin Naidu and produced by No If, No But Films.