Fact-based ads are the start of a new era in advertising: Konark Gaur, Sebamed

Sebamed's India marketing head talks about its spar with HUL, the latest development on that front, and marketing plans ahead 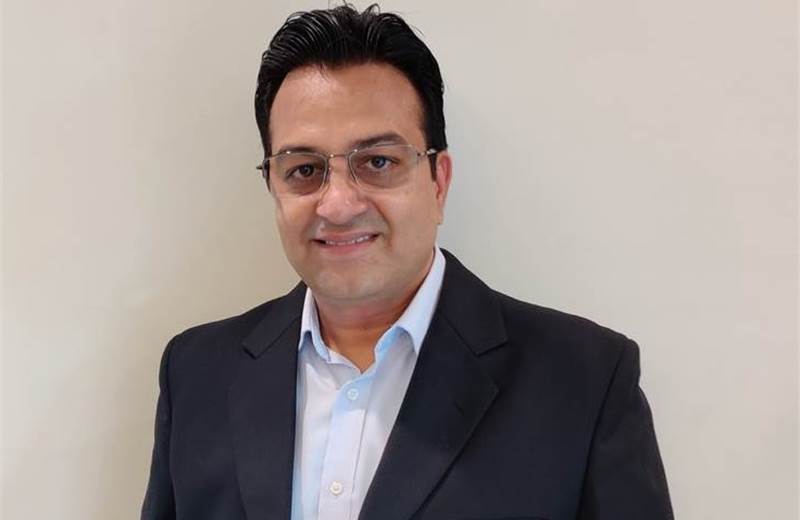 On 18 January, the Bombay High court ruled that USV-owned German brand Sebamed was allowed to advertise including drawing comparisons with other brands. This came after Hindustan Unilever took Sebamed to court after the latter released a campaign which took on its brands and compared it to detergents that have high pH value.
Sebamed is now allowed to advertise, but the court did rule that it cannot make any reference to HUL’s Rin detergent bar.
Campaign India caught up with Konark Gaur, head of marketing, India, Sebamed, to learn about the campaign that’s been in the news, the reason behind the comparison with HUL, and the way forward.
Edited excerpts:
Whose idea was it to take the comparative advertising route?
Any campaign is a complete team effort. This one, too, was a jointly executed idea between our brand team and creative partner, The Womb. We both mutually agreed to take this route.
Is there any reason why Sebamed specifically took a dig at HUL and not other FMCG majors?
We have also used Wipro’s Santoor as a comparison. We chose brands such as Lux, Santoor and Dove in particular since these are market-leaders in the beauty bar segment. We did not intend to single out or disparage anyone, which is now also proven by the court. Our attempt was to have scientific dissemination of knowledge about the criticality of the pH value of soaps in skincare. 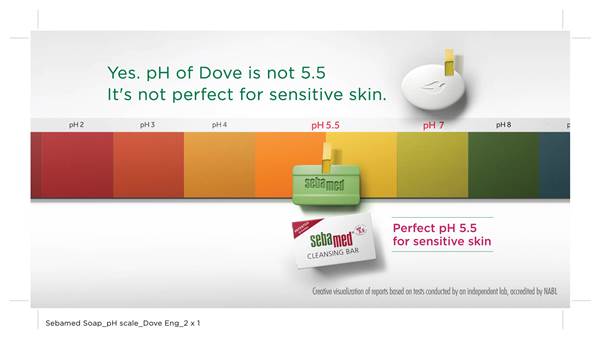 Do you still have any other restrictions about the campaign? What are the modifications that you would be making to the same?
Ruling that our campaign is an unequivocal acknowledgement of our attempt to educate consumers about pH values of soaps, the Bombay High court has permitted the Sebamed advertisement for Dove to continue as is, and for Lux, Pears and Santoor to continue by removing the comparison related to detergent bars. We can advertise on any medium, as long as our claims are scientific and factual. Since we just got the judgment, we are still in talks about the modifications to our campaign and will take the appropriate action as our teams deem fit.
What is the first thing that a brand must do when under legal implication?
We had filed a caveat in the start, despite which there was an injunction. Even then, we abided by the law and pulled out all our communication as ordered. The first thing that any brand must do in this case, is to respect the law.
Why would a consumer who is loyal to a Dove product, which is relatively cheaper, buy a premium Sebamed product?
We believe that quality is far more important than the price. Consumers pay money for the value they get and are increasingly seeking healthier solutions for their skin. We feel that this is the right price for an efficacious product like Sebamed. The skin's natural pH is close to 5.5 and the closer the products are to the skin's natural pH level, the healthier it is. Our entire product range is 5.5 pH and we are perhaps the only brand that has the 5.5 pH brand logo imprinted on all our packaging.
What is the way forward for Sebamed?
Consumers today are well-informed. They want to know about products before investing in them. They need a rationale backing their choices. Unlike earlier times, people do not go in for something just because it is endorsed by the ones they look up to. We would like to start a conversation around the pH value – a new jargon that we want to make familiar in the market. Through our campaign, we have provided consumers with information that can help them make an informed choice. Fact-based advertising is the start of a new era in advertising. Claims made without gimmicks, and backed by hard-core science, are a change in the personal care industry.
Also read:
Ad wars: Why one upmanship in advertising makes for great headlines