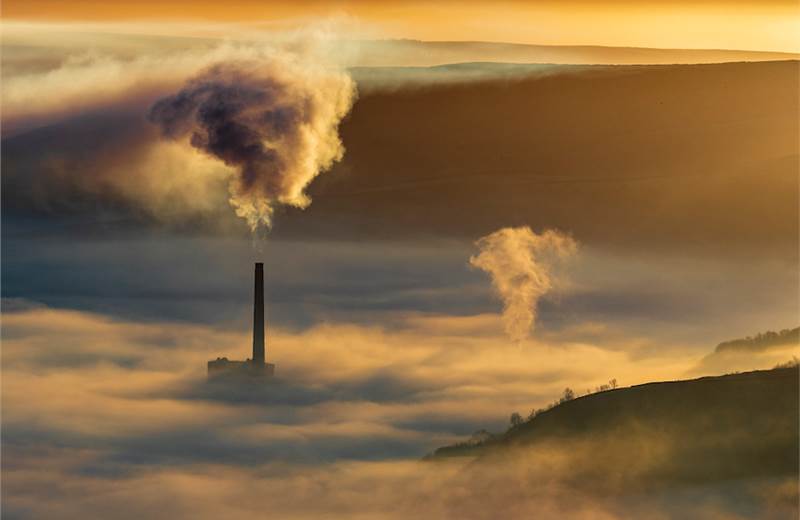 Eight weeks after stating its intentions to make the climate a priority, Edelman has completed a client review and released a set of guiding principles for determining which companies it works with.

The review comes just two months after Edelman launched Edelman Impact, an initiative that brings the agency's ESG, sustainability, purpose and climate offerings to the forefront of its global business strategy. The initiative debuted days after the firm came under fire from celebrities and activists for its work with fossil fuel clients.

Edelman is promising to do more to help clients hold the limit of global warming to the 1.5 C agreed upon by world leaders in the Glasgow Climate Pact.

The review, led by global chair of Edelman's climate practice, Robert Casamento, covered more than 330 clients and closely scrutinised 20 emissions-intensive clients globally. It scrutinised the client roster via Carbon Disclosure Project scores, IPCC reports and the International Energy Agency’s Net Zero by 2050 roadmap for the global energy sector. Edelman has not stopped working with any organisations as a result of the review, but will hold talks with clients in the coming weeks.

What Casamento and his team found was that while Edelman had helped some organisations work to slow climate change, others had no emissions data readily available or a public position on the Paris Agreement. A few had no net zero goals, and others made communications gaffes that have been challenged or criticised.

"Economy-wide, everyone is in transition and some are further than others, but what we need to do is move everybody up," Casamento said. "This has been an issue with the sustainability industry for a while, but we can't just focus on the usual suspects anymore."

The November 2021 Edelman Trust Barometer special report found that more than half of people do not trust climate communications.

In response to the review, Edelman has created a list of principles to be applied across the firm's client portfolio. It includes working with organisations committed to accelerating action to net zero and in compliance with the Paris Accords; putting science and facts first; advancing best practices and standards for climate communications; ensuring inclusivity; focusing on a just transition and accountability.

These measures will be implemented in the hopes of increasing stakeholder trust both among clients and internally, while decreasing the prevalence of "greenwashing." Focusing on context within climate communications both internally and externally is key to painting the whole picture for stakeholders. In the coming weeks, Edelman and his teams will meet with clients to address these concerns in their business practices.

"A lot of the situations we reviewed with our clients found the cause of delaying action and misinformation is really about context," Casamento said. "Adding context to information with respect to climate is an important layer that we need to do, which also means better defining greenwashing."

Critics of Edelman's work with fossil fuel companies like ExxonMobil have pointed out that simply talking about climate initiatives isn't enough. Edelman said he welcomes being held to high standards.

"We're the largest firm in the sector; we're the family owned company; we do the Trust Barometer; and all three reasons make us a target," he said. "If we're going to be a target, I'd also like to be the example that will be leading this."

After speaking to clients and applying the principles to the firm's business, Edelman said he will put his foot down if he must.

"We will have robust discussions with clients about our principles and what we believe to be the best way forward for all companies," he said. "Those companies or institutions with whom we can't come to a mutually agreeable place, we will part company."

Edelman also plans to establish a “global climate communications council” with other communications, advertising and creative firms around the world to better implement Article 12 of the Paris Agreement. That article focuses on education, training and public awareness to combat the world's climate trust deficit.

Edelman said he has been in touch with CEO Mark Read of WPP, who is interested, and Phil Thomas at Cannes Lions, who will talk to the heads of Interpublic Group and Omnicom Group. Edelman said he also reached out to Dentsu.

Clean Creatives, an organisation of PR and advertising professionals who have pushed for agencies to stop working with polluters, released a preemptive list of criteria for Edelman this week ahead of its statement on its client review.

The organisation, which has been highly critical of Edelman, wants the firm to drop all its fossil fuel clients and end work with trade groups that perpetuate climate deception or hinders climate legislation.

"We know that Edelman is going to try the classic PR trick of confusing the situation, so we want to make things really clear: if Edelman wants to be trusted on climate, they need to drop fossil fuels," Clean Creatives campaign director Duncan Meisel said in a statement.