On the second day of MLFA 2011, Indian creative directors presented multiple flavours of culture imbibed in Indian advertising while UK production houses and VFX companies showcased their work to provide a better understanding of their offering 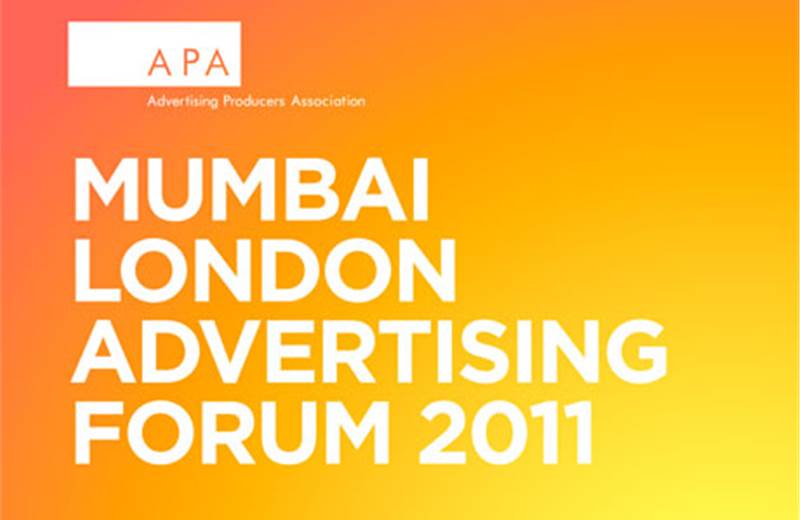 The first session saw Agnello Dias, chairman and co-founder, Taproot India, talk about the Indian School of Thought. Explaining the complexity of Indian culture and behaviour, Dias shared, "There's a certain sense of aesthetics that appeals to us which is stylized, and it might come across as rather garish to those who don't belong to this country, but this is what we like. Complexity is what makes us stand out in the horde, if we'll be simplified, we'll probably lose our sheen." He pointed out that the Indian school of thought is all about just being ready for anything at any given point in time. If things go wrong, one has to be able to adjust to that. And in order to work with the Indian advertising industry, one has to understand all these mores and adapt to them.

A short coffee break and the audience was back to the 'all ears' mode for KV Pops, national creative director, Leo Burnett. Leveraging on the decades he has spent in advertising in India, Pops managed to grab attention quite easily when he set out to explain the mystery that is India. He said, "There was a time when Globalisation translated to 'Americanisation'. Today, it means understanding India and China. It's difficult to understand this country even for an Indian, God help a foreigner! You can't communicate to your consumer in this country by just categorising them into different demographics. There are multiple subsets within those demographics and they have to be taken into account as well." Pops showed a series of popular Indian commercials to further elucidate his point.

Next session was held by Daniel Sapiano, global head, client services, Primefocus. The post-production house was set up by four Indians who then went ahead and expanded to London in a bid to go global. Sapiano brought in an interesting point of view for he had moved to their Mumbai office five months ago when all this while he was handling a senior position at Primefocus' London office. He said, "It's not just India where cost is an issue. One hopes to get huge budgets every time but it doesn't really happen and it won't." Sapiano touched upon a few facets he has been able to pick up about India in the last five months. "British don't generally bend rules but that's not how it works here. You cut and chase, and at the end you just get in there." He also highlighted the initial excitement that every long distance relationship is bound to have and how it withers with time. He is eager to see how this discussion will shape out in future for both London as well as India.

Addressing the apprehensions of UK production houses who had set afoot in a new land, Sajan Raj Kurup, founder and creative chairman, Creativeland Asia, said that he's been in their shoes four years ago and he can fathom their (UK production houses') nervousness about venturing in a country that's not your own. Setting up an independent agency wasn't any less challenging for Kurup. He said, "While everyone was busy running a rat race, we had forgotten creativity and the charm of beautiful execution and I wanted to enliven that charm with Creativeland." Kurup and his team had undergone a mandatory training in finance and technology to be able to run an independent agency's functions smoothly. With the aid of case studies of Hippo, Frooti and Audi, he was able to solidify that his belief in ingenuity has worked for him and his team at Creativeland Asia and that's what would help international production houses willing to work with India.

Post that, Neeraj Nayar, president, Contagious Communications, explained to the mix of audience how to create magic with new means of communicating with consumers by creating useful, relevant and entertaining content and some amount of experimenting. Next was Penne Verbe, chief operating officer, Passion, who told the audience about a variety of animation styles being used in commercials in Europe.

In the end, Steve Davies, chief executive, APA (Advertising Producers Association) summed up the key learnings from the session so that the knowledge shared between the creatives of two nations could be put to good use in building a stronger working relationship between Indian and the UK.