A plastic Batmobile? A koala on duty? An alcohol-filled mattress? The gags are out in this year’s April Fool’s roundup 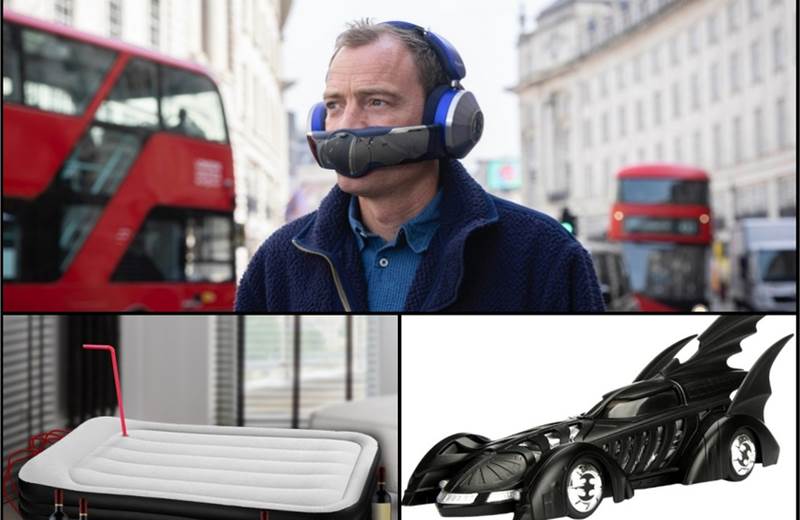 Are you tired of brand-sponsored April Fool's gags? We are a little too. Nevertheless, here's this year's roundup of a few that stuck out to us.

An imaginary ride in your favourite pop-culture cars

Here’s one way to curb your fossil-fuel consumption: Get a toy car in place of an actual one. Singapore-based car subscription company Carzuno lets you ‘subscribe’ to your childhood dream car. A Batmobile? A DeLorean? A Bond-style Aston Martin? The choice is yours from just $4 a month.

Mattress company Mattressman has supposedly launched the world’s first ‘winebed’, filled with your choice of red, white or rosé wine instead of water. The mattress features a flip-up straw on the side of the bed for an option to drink your chosen wine while in bed. [*swirls glass* Ahh just the right tinge of astringency, oaky vanilla, and PVC.]

We’re teaming up with @RobertIrwin and @AustraliaZoo to launch an elite new squad. Police Animals in the Wild (PAW) will add more eyes, ears, wings and claws to help keep Queensland safe �� �� �� pic.twitter.com/qYuwDNUTfL

Queensland Police committed to an entire video featuring Australian conservationist Robert Irwin, which purports to introduce an elite new squad of police personnel. A caveat: Some candidates sleep up to 18 hours a day, so they might not be suited to keeping guard. Rest assured our resident ad critic is not one of them.

The sweet-salty mash-up no one asked for

Two iconic Aussie favourites have come together to create one MITEY delicious biscuit! What more could you wish for? #TimTam #TimTamxVEGEMITE #WhatMoreCouldYouWishFor #TasteslikeAustralia #VEGEMITE pic.twitter.com/An6nhl8YmL

April Fool’s joke or not? Who knows

Given that Dyson released its new set of air-purifying noise-cancelling headphones just two days before April Fool’s, people were understandably confused whether the product was real or a gag. Dyson has stressed that the product is not related to April Fool’s, but the inopportune timing of its release lends some mystery around this notably odd device.