Masahiro Mori, a Japanese roboticist, coined the phrase, "uncanny valley" to depict the apprehension humans experience when they encounter something almost human but not exactly.
This theory rings true when we consider one of the fastest-growing phenomena in the influencer marketing industry today; virtual influencer marketing. Virtual influencers like Bermuda, Imma, Shudu, Rozy, Kyra and more are fictitious characters with partially or entirely artificial appearances that are the brainchild of artists and tech companies. And this gives marketers the power to innovate in unimaginable ways.
Influencer marketing is evolving on a massive scale, whether it is brands creating their avatars to act as community facilitators or marketing agencies developing their meta-influencer. With the development of Web3 and the metaverse, the recent collaboration between brands and virtual influencers provides a glimpse into the future of social media. Web3 has the potential of enhancing social media platforms by allowing everyone to engage in a more interactive and meaningful way with 3D representations of their personalities.
Brands X virtual influencers: The new lucrative trend?
Metafluence, the influencer marketing space in the metaverse, is a forerunner in bridging the gap between influencer marketing and the platform. Brands such as Prada, Samsung, MINI Electric, BoAt, and more have put these new computer-generated virtual influencers to the test and have witnessed some remarkable success. They serve as a definitive visual representation of a brand and its values that can be exclusively leveraged for efficiently controlling its audiences' decision-making. With more and more brands exploring the power of the metaverse, it is safe to assume that the current buzz will continue to potent the trend.
Brands and agency duos give these virtual influencers a backstory to portray them as realistic personalities establishing their existence in the market. In the Metaverse, virtual or CGI influencers are counterparts of human influencers. By creating this doorway, content creators can swiftly switch gears with the newly available solutions for current influencer marketing limitations. However, this does not attest that the avatar created lacks any human element. Many such influencers now have exceeded the mark of a million followers.
The two ‘whys’ for the one ‘yes!’ to virtual influencer marketing
1. Creative opportunities have no limit: The creative possibilities for virtual avatars seem almost inexhaustible, as they can be fully customised as per the current needs of a brand and technological developments. Companies with the help of these virtual influencers can create a more realistic brand image and curate content that aptly stimulates their virtues.
2. Pivoting to the metaverse: Virtual influencers act as a bridge between brands and a younger, more tech-savvy audience. According to a recent study, more than half of the audience on metaverse is 24 years old or younger. However, because Gen-Z may be the first to embrace Web3, virtual influencers could provide a seamless transition into this new digital world. Consumers in the metaverse would thus be able to interact with their favorite influencers by creating avatars and potentially strengthening their trust. This would open up some new avenues for loyalty and commitment to brands.
Angad Singh Manchanda, CEO and co-founder, Chimp&z Inc, said, “Web 3.0 is more than just NFTs and cryptocurrencies. It is a move from the conventional form of digital communication to a more imaginative way of communication. Web 2.0 was all about interaction and that we have seen humanity do a lot-of in the last 2 decades. The new era we are lucky to be witnessing is the bridge between interactive communication of humans and AI, an experience for all of us to contour as a human race, altogether. Digital influencers are going to be more than just extensions of actual human beings, they will be a product of the imagination of humans where we can see them talk more and be more responsive to their followers. They will be designed in the future to sense and analyse human reactions and maybe even identify mental health issues in their followers through messages too, hopefully. The creation of virtual influencers is not limited to merely following the influencer on social media, humans can also interact with such Metafluencers, in real time. Because Metaverse is an accentuation of one’s daily life, it will attract a more diverse and inclusive audience. Such Metaverse diversity is set to break conventional stereotypes that create a line of differentiation among individuals.”
To encapsulate all of this, the virtual influencer marketing industry is propelled by disruptive immersive experiences. While Web3 and Metaverse are expected to grow their prominence, it would be intriguing to experience new ideas and innovation in the virtual environment. As the audience braces itself to expect the unexpected, it would be fun to see the cut-throat competition among brands running races to become the trailblazers of the latest innovation. 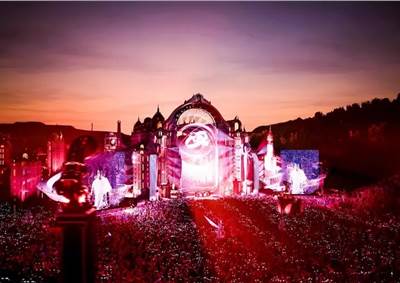