After Cannes Lions' attendees applauded as Greenpeace activist Gustav Martner was escorted out of the opening ceremony, it's time for adland to move its creative thinking on climate change upstream 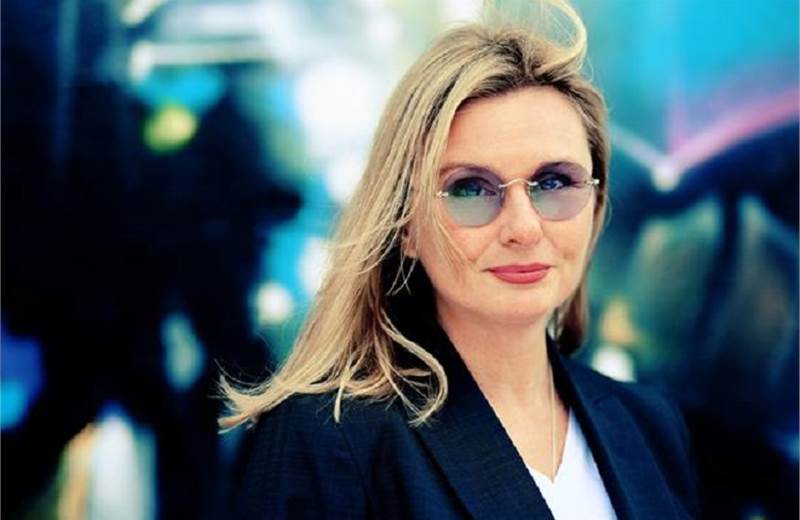 I felt a bit ashamed at Cannes this year, and not because of one too many outside the Gutter Bar. I felt embarrassed because of the way we, as an industry, reacted to the environmental protests that took place at the Cannes Lions Festival, just a week after baking temperatures scorched France and hit new records.

In case you missed it, Gustav Martner, a previous Cannes Lion winner and ex-ECD of Crispin Porter & Bogusky turned Greenpeace activist, got up on the stage and handed back his Lion while holding a sign that read "No awards on a dead planet". His point was that creativity is still being used to help the oil giants, and other carbon-heavy clients, make money.  Greenpeace wants us to stop working for fossil fuel companies as a matter of urgency. The ad industry, according to Silvia Pastorelli, policy advisor in climate change and energy at Greenpeace, is complicit in the climate crisis. “The fossil fuel industry uses advertising and sponsorship to clean up its image, delay climate action and secure political access”.

The IPCC, the Intergovernmental Panel on Climate Change, earlier this year exposed the role advertising and PR play in fuelling the climate crisis while hundreds of scientists signed an open letter asking us to stop working with fossil fuel companies and spreading climate misinformation. You’d have thought that our industry, fixated as it is on brand purpose and being on the right side of history, would have had time for Gustav’s message and for the posters that Greenpeace put up on the Palais during festival week. But what actually happened was that Cannes Lions banned Martner from the festival and the French police removed the posters, while passers-by stood around and applauded them doing so. Nobody said: “Hang on, those Greenpeace people have got a point.”

Every year at Cannes we look for signs, trends, to tell us about the future of creativity. Creativity is a powerful force and, as we all know, with great power comes great responsibility. So, in the future how do we want to use the power of creativity and for whom?

If you walked the halls of the Palais, you’d have observed that we are currently investing a lot of our creativity in pro-active campaigns about sustainability and the environment. Many of the ideas were charming and engaging but short term and short on a strategy that would effect real, lasting change. It’s just too easy and lets brands off the hook from doing the hard stuff; real business change.

There is an alternative. We could move from doing brand purpose to "business purpose" (a term I’ve pinched from my chief strategy officer Matt Holt). Simply, getting creatives and creative thinking further upstream to help our clients change their business practices to tackle climate change head on, rather than doing short-termist ad campaigns.

Traditionally, the job of thinking about changing business models, R&D and proposition development has been the territory of heads of holding companies, who sit on trade bodies, or very senior strategists. Creatives rarely get anywhere near those conversations. But the best creatives can solve problems in ways other people can’t because their brains work in a different way. They see connections that others don’t see, that lead to lateral cognitive leaps. They can solve tough problems with unexpected solutions.

In the future, do we want to limit that potential to just creating TV commercials and social posts? Isn’t there more we can do?

Of course, it’s much easier to pull off a PR-garnering stunt around recycling rather than work out how a brand can ditch using plastic bottles in the first place. But brilliant is hard.

Thankfully, to show us that it can be done, there are truly inspiring examples of some big companies leading the way. AB InBev, winner of Cannes Lions Marketer of the Year 2022 and of the Grand Prix for Effectiveness 2022 with its creative agency, FCB, cracked an idea that enabled US farmers to transition away from artificial methods of barley production that caused widespread ecosystem destruction, to organic production and a return to a natural agriculture, which many farmers craved. It involved support, training and a guarantee to buy the organic produce at a fair price. Michelob Ultra Gold, the AB InBev-leading organic brand, is predicted to grow by 25% by 2023.

There are other great examples of creativity helping businesses, and laws, change for the good of the planet and society. Marcel and its client Carrefour produced "Black supermarket" in 2019, which overturned EU legislation detrimental to indigenous crops and plants. Forsman and Bodenfors and Volvo created the EVA initiative in 2021 under which the automotive company gives away ots proprietary safety data to competitors for the greater good, improving road safety for women.

Edelman UK and Ikea trialled "Bring back Friday", pledging to buy back secondhand Ikea furniture as an antidote to "Black Friday". In 2008, the creative genius of Droga5 helped get Barack Obama elected, the first US president to launch a climate action plan. I’d love to see those creative minds get president Bolsonaro of Brazil unelected so he can no longer keep destroying the Amazon rainforest. Think of the enormous difference that would make.

If you are a client reading this, or even the head of a holding company, be brave. You have a valuable and underutilised resource on your payroll so use them. As Matthew Bull, founder of SoloUnion says: “A lot of companies pay lip service to creativity but underestimate the impact it can have on business."

Get your company's future ready. Invite the creatives in your agencies to put down their next proactive purpose campaign brief and let them give you some great ideas around purpose led business transformation instead.