All the new directors have become new creators but where has the audience gone, asks the author 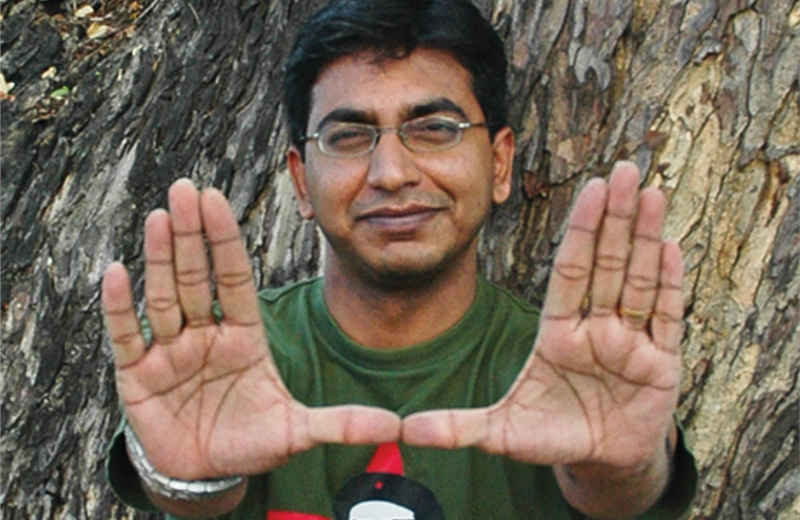 In all the years that one has woken up early to catch a wide eyed view of the freshest harvest of creative storytellers, this was the first time that the long winding queue was missing. Something was wrong here and maybe the audience read that it was a limited exhibition this year featuring emerging creative talent only from the UK and did not include the rest of the whole world out there.
A global platform however to shine the light on British creators directors visual artists and game designers struggling to break into the mainstream.
And here I was as always, earlier than everyone else, craving for inspiration and hoping to catch some light from the beginner's eye. The much awaited dramatic opening act was replaced by a dramatic film that smashed through a showcase literally and figuratively of famous Cannes Lion winners from the past including some familiar ones like the Cadbury Gorilla playing his drums.
Forget the past. Meet the new creators.
But wait there was a fireside chat, read as live panel discussion to introduce the showcase curated by Saatchi & Saatchi and Channel 4 editor Rita Daniels and poet and director Caleb Femi.
It was worth the wait to watch who made it to the showcase and why in the following films.
Chirolles Khalil/Enter The Jungle
A music Video celebrating the journey of a musician until he finds his music in the rage he feels on the streets. The graphic design of shining the light on the character who stays focused on playing out the tune that is playing in his head. A storyteller with a unique visual language of life enveloped in the language of the streets. It's a jungle out there with a concrete skyline.
Toby Auberg/Pile
A curious mix of real life environments with animated characters. An animation narrative set in the real world and crafted with a stunning eye for detail. A brilliant illustration of the art of moving seamlessly from one point of view to another and from the animated to the real world. Here is a crafty director with a crazy style of storytelling.
Molly Burdett/Hope
Another music video but this one was crafted with friendship as the fuel of hope. The visual narrative elevate the lyrics and make the human connection with almost everyone in the audience that had finally filled the theatre.
Regina Sepp/The Ministry
Not sure why this was in the showcase or how it made it but some decent editing and maybe it was shining the light on work from wherever to however.
Edie Lawrence/Smoke Hole
Claymation craft that is unique in every frame and brings alive the musical narrative and elevates the storytelling into a whole new graphic language.
Larry Ketand and Liam White/Punch Drunk

This was my favourite story in the showcase. Simply narrated and loved the minimalist camera work where we stayed on one character throughout the film as the conversation draws us in from coincidence to confrontation of the possible past. It takes a lot to hold the audience and the actor played his part brilliantly. Not sure if the other character should have been revealed at all. A video monologue set to an audio dialogue has the potential to elevate the art of storytelling.

@permutation.city
Graphic language at its very best and the parkour sports action treatment of stills and video superimposed over one another is fresh and dynamic. The editing style is epic as it merges multiple backgrounds and characters in the same action or movement and takes off from where Ari Farooray left it on Instagram.
Ebeneza Blanch/Point and Kill
Music Video with a very original treatment and dramatic styling that draws you into a different world and elevates the narrative in every frame. Powerful visual language and the graphic representation of the storytelling has immense potential to rise up to the mainstream.
Renee Zhan/Soft Animals
Surely the loudest applause was for this film. Beautifully crafted paintings that come alive and move the narrative forward. The graphic meeting of illustrations and paintings and the merging of different forms and characters into one with paint and colour screams of originality and the creator is truly an artist at heart. An extremely visual artist is here and now with this blend of paintings in motion.
Grandmas/Nortenos
Strange Film and Stranger Things but the minimalist camera treatment makes it almost theatrical with the characters unravelling themselves through the narrative.
Will Wightman/Heart Failure
Music Video melting the multiple facets of love into one love affair and celebrating the breakup with the possibilities of new love and finding it in the same song. How convenient.
Like the visual treatment of showing off the sexy scenes in a sporty action movie style narrative and some slick editing but that’s all there is to it.
Thank you dear reader for reading this review of the 2022 Saatchi & Saatchi New Creators Showcase. Hoping you get to see all the films in the showcase and be inspired to work with this stream of emerging talent that’s eager to make it to the mainstream.
(The author is chief creative officer, Wunderman Thompson.)