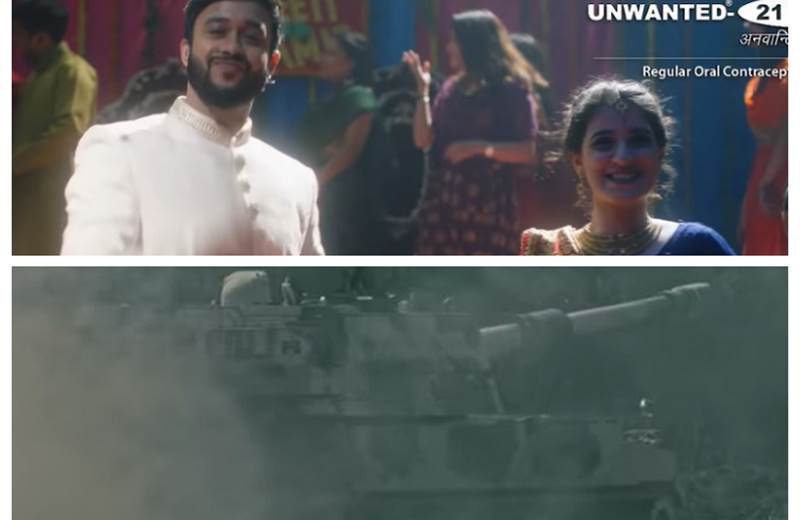 After a year's gap, the organisers of the Cannes Lions International Festival of Creativity 2021 will be celebrating work from the industry through its virtual red carpet awards nights between 21-25 June.
Campaign India will be showcasing all of India's entries to the festival through our 'Cannes Contenders' series.
They say Cannes jurors don’t get enough time to scrutinise and deliberate on a piece of work they haven’t really come across before. This series is a way of acquainting them with the good work from India and South Asia before their judging stint. And of course, to acquaint the rest of the industry with which work from this region is competing at Cannes Lions this year.
We are presenting here entries from Indian/South Asian agencies that their creators believe should win big at the 2021 International Festival of Creativity.
Logicserve Digital has two such entries.
Hdfc Life
#SadaSurakshitRahe
Cannes Category: Social Film
Taking inspiration from the efforts of our Indian army, HDFC Life crafted a campaign called #SadaSurakshitRahe, which dwelled on the principle of protecting our loved ones in the best ways possible.
The campaign came out of a single idea that is common with our brand and the Indian Army: the concept of ‘Protection’. Our armed forces spend every single minute protecting us from external dangers. Meanwhile, in many ways, the common man does something similar; he protects his family in the best manner, both for the present and the future.
The campaign was shot in three days in an army base, with full support and assistance from almost 300+ soldiers. The anthem became a widely shared piece of content on social platforms.
Mankind Pharma
Unwanted 21 days | #ShhNotOkPlease
Cannes category | Health & Wellness

Believe it or not, in India, the moment a couple gets married, society gets eager to know when they would have a kid. Every newly married couple has been asked the question, "When are you going to have a child?". To normalise the conversation, we created a tongue-in-cheek video and educated the married couples, letting them know that hushing down about contraception and family planning is not okay.

That is how #ShhNotOkPlease was crafted.
The scenarios were depicted through a fun song and dance format, which captured our users’ attention. The lyrical narrative created for the video featured intrusive instances of inquiries that family members make to newly-weds and their tongue-in-cheek response to such queries. The hummable music was created into four different Indian languages, thereby localising the content and context.
Also read: