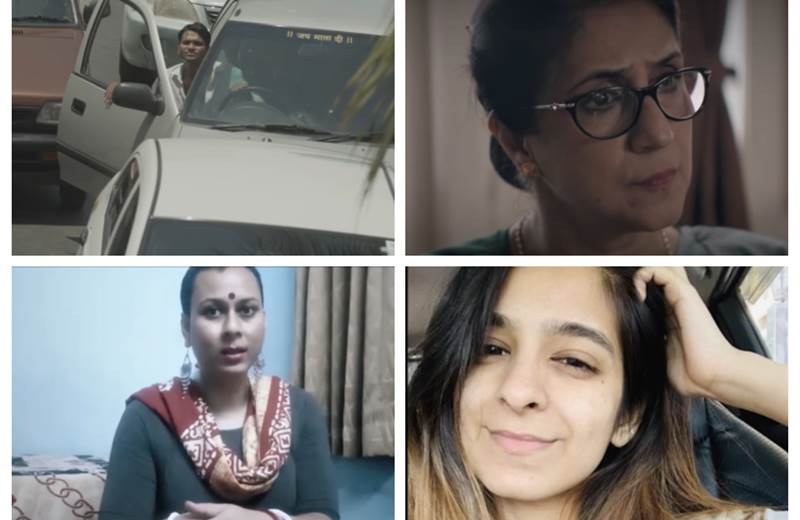 After a year's gap, the organiser of the Cannes Lions International Festival of Creativity 2021 will be celebrating work from the industry through its virtual red carpet awards nights between 21-25 June.
Campaign India will be showcasing all of India's entries to the festival through our 'Cannes Contenders' series.
They say Cannes jurors don’t get enough time to scrutinise and deliberate on a piece of work they haven’t really come across before. This series is a way of acquainting them with the good work from India and South Asia before their judging stint. And of course, to acquaint the rest of the industry with which work from this region is competing at Cannes Lions this year.
We are presenting here entries from Indian/South Asian agencies that their creators believe should win big at the 2021 International Festival of Creativity.
FCB India has four such entries.
Mumbai Police
The Punishing Signal
Mumbai is one of the noisiest cities in the world. Mumbaikars honk even when the signal is red! Needless to say, this noise pollution is making the city alarmingly unhealthy to live in. To tackle this honking menace, the Mumbai Traffic Police partnered FCB and came up with an innovative solution - The Punishing Signal.
Special decibel meters were connected to traffic signals across the city. When the decibel level exceeded a dangerous 85dB, the signal timer would simply reset itself. Thus punishing the impatient honkers by making them wait longer at the signal. With 6.6 billion impressions, the campaign became the Most Liked & Shared, and the #1 Indian topic, all social media taken. International news outlets in over 35 countries covered the campaign in over 1000 articles!
The Times of India
Times Out & Proud
On 6 September 2018, the Supreme Court of India decriminalised Section 377, overturning a 157-year-old law that viewed homosexuality as an unnatural, criminal act. The law changed but the plight of the LGBT community remained the same. They felt shunned and unwelcome in society.
Less than six months after this historic verdict, The Times of India, India’s largest English newspaper made an editorial change by redesigning its classifieds section to create Times Out & Proud - a classifieds section devoted exclusively to the LGBTQ community. A free space where they could look ‘Come Out’, look for jobs, homes, partners, celebrate life events like a ‘change of name’, birthdays and anniversaries or even make public announcements.
Newspaper’s classifieds announce key milestones in a person’s life. Due to rigorous checks, they bring legitimacy and authenticity to every announcement. The Times of India needed to use this power of classifieds to create social legitimisation and inclusivity for the LGBTQ community, give them their rightful place in society and get the larger population to engage with them.
The campaign was launched on The International Day against Transphobia Homophobia and Biphobia with a digital film, followed by full page print/magazine ads, outdoor ads, contextual editorial content, round table debates on national TV,  pride parades, fashion shows and a celebrity/ influencer social media campaign.
Tata Trusts
#TwoBinsLifeWins
Tata Trusts – one of India’s oldest philanthropic organisations, launched Mission Garima with the objective of promoting safe and dignified working conditions for sanitation workers. By ensuring that they would never again have to clean sewers manually.
To achieve this objective a compelling communication campaign was created.
#TWOBINSLIFEWINS is a hard-hitting film launched across social media platforms. It is the heart-breaking story of a young boy who talks about his father running the country, only to reveal in the film that his father is actually a sanitation worker. The film had the nation in tears. And broke the internet with over 31 million views in the first two hours. With many notable celebrities, social figures, influencers and sports personalities sharing it and building conversation online.
True to its aim, the film generated awareness and sympathy for the plight of sanitation workers. Creating a sense of responsibility in people towards promoting safe and humane working conditions for sanitation workers – through the simple act of segregating their wet and dry waste.
Shakti
The Selfless Selfie
While women represent 50% of India's population, they only represent 10% of Indian parliament.
Shakti, a women’s collective that works for larger representation of women in politics, partnered with The Times of India to bring start a movement to end this gender imbalance.
The campaign started with the third largest state in India, Bihar, which has the worst figures in everything; for illiteracy, female infanticide to gender gap! In just three months we had to make sure that through this campaign, more party tickets were being given to women. Thus, the film was launched, along with a unique idea of going to women in lower party cadres and asking them to send their selfie to the community head to say nominate me! Nominate 50% of women!
From faceless to “In-your-Face”
In order to make it impossible for politicians to turn a blind eye, towards the able and available women leaders at grassroots, level - Shakti partnered with The Times of India, India’s premier daily, to create a movement called - The Selfless-Selfie.
We took a simple, accessible, universal phenomenon – arguably the most self-serving act:
The Selfie - and turned it into a statement that flooded our screens, newspapers and consciousness with the faces of women leaders, and their significant development achievements, igniting a grassroots women’s movement, that is shaking the pillars of Indian power centres.