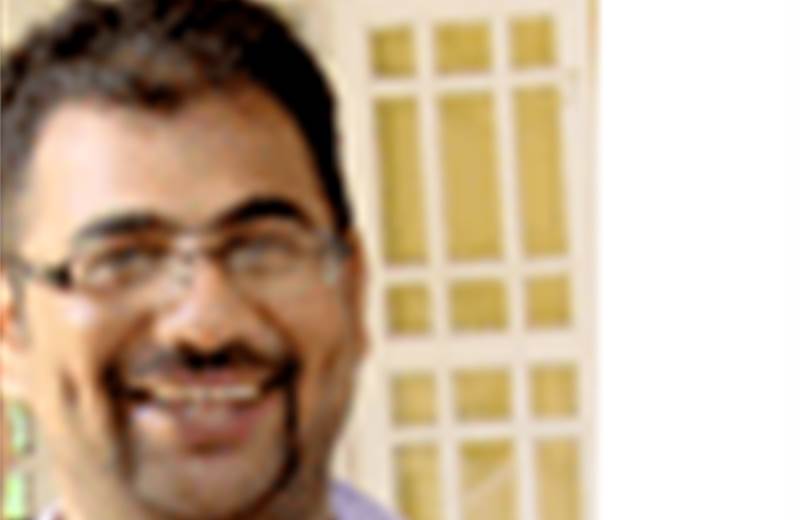 How did you get into advertising?
I quite liked some of the ads I used to see on TV. Erickson’s One Black Coffee please and the Fevicol TVCs were noteworthy ones. My father knew someone at TBWA Delhi, which is how I did my first two months as a summer trainee there. I loved the vibe of an agency – it was young, just like college. After graduation, I applied to IIMC for a course in advertising, but didn’t make it. So I was at home doing nothing, when a friend of mine at Lintas Delhi (who would call me up sometimes to share her angst of being a planner) wanted to know if I could find someone to work with her on tallying some 20,000-30,000 questionnaires. The presentation was due in a couple of days, she said. I offered to help as a trainee. My training was supposed to be for four days, but it’s been more than nine years since at Lintas.

Any vivid memories of your initial days in advertising?

The fellow bunch of trainees I started off with, were the most interesting part of my life in advertising. I can't stop smiling when I think of them. We were young, just out of college, proud to be earning early in life. We taught ourselves to hold the cigarette stylishly, criticised ads we saw in the papers, convinced, that we could do them so much better. And we genuinely believed that if we all quit at the same time, the agency would shut down. (Laughs) Rejected drafts were pure heart burn – it was like your girlfriend saying 'no' to you. But it was part of the passion for our job. I’m really passionate about the work we do.

How do you cheer yourself on a bad day?
I drink. And if I’m in a bad mood, then I have to meet my wife. We have a drink or two, I just vent it out. One must not bottle it up. She understands.

Who are your mentors?
Everyone who I worked with! Ramona Ganapathy (Lowe Lintas Bangalore, owe her big-time), Pradyumna Chauhan (JWT, wild guy!), Anaam Mishra (Lowe Lintas, a strict taskmaster) and Nikhil Rao (ex-Lowe Lintas, he taught me the responsibility that comes with freedom) and Anirban (TBWA Delhi). The time I had these bosses, that’s when I grew a lot. But one man whose influence is constant, is Balki. Sometimes you just look at him and wonder at all the things that he’s balancing together. And then you stop cribbing. His conviction is admirable.

What’s one thing that you don’t like about your job?
The advertising industry is getting paid much lesser. Although we’re passionate, it’s stressful. The kind of talent the industry is attracting is not like it used to be. Event management, film-production, journalism, advertising – all are creative jobs. But advertising pays the least for freshers.

One person in advertising you’d like to have dinner with?
Devendra Khandelwal. He is the guy who makes those tackily made ads for cinema halls and they’re screened before the film begins.  ‘Don’t throw garbage’, ‘Protect the environment’... (laughs)

One person outside advertising you’d like to have dinner with?
Rakesh Maria. I’d love to hear stories from him. I've always had this fascination of being a policeman.

One film-maker you really admire?
Frank Darabont, the guy who made The Shawshank Redemption. I also admire Rajkumar Hirani and Peter Jackson.

Favourite book?
I love the Asterix and Tintin comics.

If you were stuck on a deserted island, what would be the three things you’d want with you?
A Classic Mild, Jack Daniels and an air conditioner.

If not in advertising, where would you have been?
I want to own a bakery. It’s a dream. I love the smell of freshly baked bread.

Have a Adland Rockstar in mind? Drop an email to arcopol@campaignindia.in with a short profile and a photograph of the person you want to suggest to us.

Missed any of our previous Adland Rockstars? View them below: