Bharat Matrimony - to find a partner, who cares for what you love

Bharat Matrimony has launched a campaign to strengthen its position as an enabler of happy marriages. The campaign conceptualised by Lowe Lintas and Partners features a young couple who have been married recently.

The film opens at a dining table where a young man is seated with his parents. While eating dinner, the conversation steers to the absence of his wife. The elderly lady, his mother, asks him if he eats his meal all by himself every day before his wife - Sudha - is back from work. The young man replies that they generally dine together and that she must have been stuck at work and hence was late. His parents look displeased, and his father leads the conversation by asking him about his work promotion and financial position. He goes on to say, “Tumhare salary se ghar bhi achche se chal jaata hoga, to phir sudha ko kaam karne ki zaroorat kya hai?” (Your salary must be sufficient to meet the household expenses, then why does Sudha need to work?) Meanwhile, Sudha reaches home and happens to overhear them. The young man (her husband) counters his father’s logic and asks him why he gives guest lectures at the college after retirement even though he does not need the funds. He then goes on to provide the answer, saying, “Aapko achcha lagta hai, isliye na. Sudha ko bhi kaam karna achcha lagta hai. Is liye karti hai.” (You give guest lectures because you like it. Similarly, Sudha works because she like to.) Sudha smiles to herself at her husband’s answer as she joins the trio at the dining table. The film then moves into the past where Sudha is shown making an entry in her profile on Bharat Matrimony stating – ‘I would like to work even after marriage.’ The film cuts back to the present and shows her husband serving her dinner. The voice over says, “Hum appko unse milate hain jo aapko samajh paate hain – Bharat Matrimony.”

GV Krishnan, executive director, Lowe Lintas, said, “We started by understanding why marriages fail and succeed and importantly probed  on why they seem to fail even when there is love. And we observed two broad trends - marriages that begin with lot of love falling apart, and those that don't have any to begin with, seeming to blossom beautifully over time. The learning was clear - there seems to be more to a happy marriage than just the clichéd notion of love leading us to the insight that “Real love is not falling in love with the person only.. but also all the things people love and the emotions surrounding the potential. It's about empathizing with and appreciating your partner’s passions and beliefs. Kaushik, VP marketing, and Muruga the CEO instinctively liked the idea and gave their go ahead on the scripts presented as they resonated with the vision and had no doubts that this indeed was the idea they were in pursuit of."

Rajesh Ramaswamy, group creative director, Lowe Lintas, said, “ 'Finding real love' could have ended up in very clichéd romantic situations. We were quite clear that it had to be something deeper. We wondered why a lot of couples we knew despite being madly in love, do not end up getting married. I think there are a lot of other things that come to mind when it comes to marriage. It's not about loving you alone. You start to think about how well he or she will fit into your family, your lifestyle; understand your priorities, a lot of very personal stuff. I actually remembered Mani Ratnam’ s quote where he was speaking about Alai Payuthey, saying he wanted to explore a love story where other love stories end, and narrate what happens after the first milk packet comes home. We knew that even our answer was somewhere in that space. Articulated simply as 'find someone who cares for what you love'.”

Murugavel Janakiraman, CEO, Consim (Bharat Matrimony Group), said, “Our vision, ‘The future of a country depends on good citizens. Good citizens emerge out of good parenting. Good parenting happens in a happy marriage.’ Happy marriages thus should not be a matter of chance but be a matter of choice. In our TV ad, we wanted to communicate to our consumers that this choice is not of trivial many, but of vital few that matter most in a marriage. Our research showed that for most young girls ‘working after marriage’, was most important and that they would be 'happy’ if their husbands and in-laws supported it. Lowe has done a very good job of depicting this need of young women. Encouraged by the overwhelming response the ad has generated so far, our belief in the position of ‘Bharat Matrimony for Happy Marriages’ is further strengthened and we will continue to stay committed to it for years to come.

Kaushik, VP –Marketing, Matrimony.com, said, “Having a good communication strategy is ‘work half done’, if it doesn’t translate into great creative. Among all the agencies we called for the pitch, Lowe understood our brand purpose aptly and have done an excellent job in the production of our ad. This ad flags off happy beginnings for us at Bharat Matrimony, who are committed to the vision ‘Happy Marriages’."

Bharat Matrimony urges people to #BeChoosy about their life partners 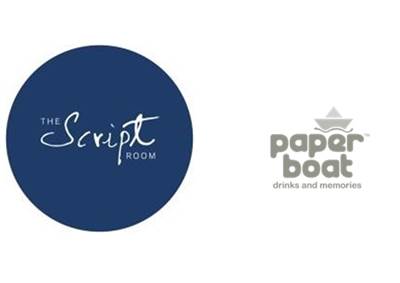 PaperBoat gets The Script Room to handle creative 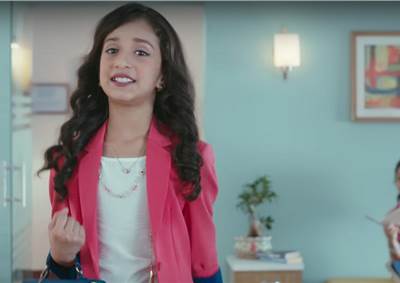