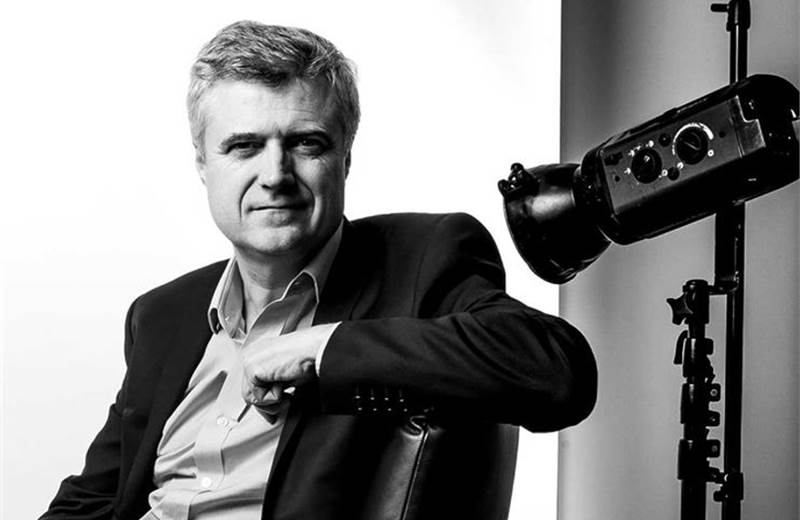 The EssenceMediacom merger will be “a very effective combination” and help WPP at a time when more clients are looking to consolidate all their digital and traditional media spend with one agency partner.

That’s according to Mark Read, the chief executive of WPP, who spoke to Campaign after reporting 9.5% revenue growth in Q1 and upgrading its annual forecast despite global economic uncertainties.

Read also disclosed that WPP, the world’s biggest agency group by headcount with 109,000 staff, planned to halve its attendance at Cannes Lions, the global ad industry’s biggest annual gathering, which takes place in June for the first time since before the pandemic.

Here is an edited transcript of the interview.

Campaign: WPP has raised its revenue forecast for the year and predicts growth between 5.5% and 6.5% – up from 5% in February. That would seem like good news, although when we see the response of analysts to your results and some others, there appears to be quite a lot of uncertainty. Some analysts – for example, Goldman Sachs – are even quite cautious about the second half of 2022. So why are you confident?

Read: We have had a very strong start to the year. We had a good year last year and with wins like Google and Coca-Cola as well as the strength of our business in data, technology, ecommerce and digital media, there is good momentum coming into this year. That’s reflected in 9.5% like-for-like growth in Q1 after a positive quarter last year. We beat our expectations – and market expectations – by 3% or 4% in Q1 and that gives us the confidence to raise our guidance for the rest of the year.

We are mindful of the economic risks and our guidance takes into account the economic outlook and, as things stand, we haven’t seen any major reductions in spend from our clients. We see some pluses and minuses here and there, but they tend to cancel each other out.

Anything notable about client behaviour in 2022? The previous two years were dramatic with the pandemic slump and then recovery. Is this year calmer on the new-business front?

Our new business pipeline is close to where it was this time last year. There’s still a healthy new-business pipeline. One thing that’s interesting around client spending is that there is an increasing trend for clients to consolidate their media, particularly digital media with one [agency] partner.

And the recent news from Group M [which carried out a major restructure, including merging Essence and MediaCom] reflects the strengthening of their proposition to deliver that for clients.

The EssenceMediacom merger would appear to endorse what you are saying about what clients want. Should WPP have done it sooner – even at the time of Group M’s previous big merger when MEC and Maxus combined to form Wavemaker in 2017?

I don’t know about that. Essence has grown well [since WPP acquired it in 2015] and matured as a business and, under [Group M CEO] Christian Juhl’s leadership, it [EssenceMediacom] will be a very effective combination.

You ran WPP Digital for a time prior to becoming chief executive of WPP. How do you balance the trade-off between embedding digital across the organisation and needing to be innovative? The pushback about taking a digital business like Essence or anyone else and sticking them into a more established agency is that it might slow down their innovation.

The reality is that the market has matured tremendously over the last 10 years. Digital is now 64% of media spend and the notion that you would separate these two channels doesn’t work for clients.

We have also developed a whole generation of leadership who can manage these businesses and that’s part of it [the push for integration] as well. We have leaders who are very competent across both digital and traditional channels.

In an analyst note about your results, Citigroup said it was “meaningful” that WPP is carrying out more internal mergers, because not only will it drive a more seamless experience for clients but it will also improve efficiency. Coincidentally, we have just seen Accenture Interactive drop all of its agency subsidiary brands, except one, and rebrand as Accenture Song. Clearly you are not getting rid of all of your agency brands but what are the benefits of the integrations that WPP has done so far? Is it about efficiency, and where do you draw the line in terms of keeping agency brands?

The benefits are more integrated offers for clients, more agnostic thinking and recommendations, and a simpler business to manage – if you look at the integration of VMLY&R, which has been a very strong performer, and the [other] moves we’ve made on the creative front [such as Wunderman Thompson].

Our media business has actually managed the digital transition extremely well but that doesn’t mean that, with changes in the market, further re-organisation isn’t helpful to them.

What we’re really seeing is a [group] structure, which brings scale where it’s needed – in areas like technology operations and campaign management – but agencies where they bring skills around strategy and client management and conflict management that are needed.

It does feel like you need fewer agency brands to manage client conflict. In media, you’re going from four agencies to three, although MediaCom and Essence will operate separately in the UK.

My view on brands has always been that we should have as many brands as we need but as few as possible.

Looking at growth, public relations grew faster at 14.1% than Group M on 12.8% in Q1 and you’re launching an ecommerce solutions business, Everymile.

Our public relations and public affairs business has grown strongly really throughout Covid. It reflects the demand from clients for greater strategic advice on communications with all of their stakeholders, particularly around CSR and purpose, and with their employees at the current time. It also reflects the growth in social media and the evolution of the public relations discipline. We’ve seen a lot of investment by our PR firms and others in the industry in more creative responses and the different kind of approaches to the discipline. The days of "It’s all about the press release" are over. If we take Spotify [as an example of a client], we take a very creative approach to communicating their objectives. PR has blossomed as a discipline in the last few years.

On Everymile, we have been keen to invest in our ecommerce business – it’s around a $1bn revenue [per year] business across WPP if you look across all the areas of commerce that we work on. It’s a logical extension for us to go from dealing with their websites and manage their brands on Amazon to go to offer a much more of an end-to-end solution [in terms of supporting clients on fulfilment and delivery].

It’s Cannes Lions coming up in-person for the first time since 2019. We know after your ESG investor day nearly a year ago that sustainability is important to the business. Any sense of how many people you’re sending and where you’re cutting back?

Creativity and Cannes, in that order, are very important to WPP. We’ve said we’re looking to reduce our travel footprint by about 50% and I would expect our attendance at Cannes to reflect a similar metric – a similar goal.

So, you’re saying a 50% decrease in travel across the board. Isn’t that more of a reduction than what you were saying at the end of 2020 after the first year of the pandemic when the company indicated a drop of about a third versus pre-pandemic levels?

We know WPP has invested in a campus strategy of moving agencies into shared buildings. How is that going in terms of persuading people to go into the office now as the worst of the pandemic eases (albeit not in China)?

When I look at the attendance in the countries where we have campuses, it is actually amongst the strongest that we have in WPP. Here in London, we are running at more than one third of our people in the office – bear in mind, we weren’t 100% [beforehand]. The UK, Italy, Spain, the Czech Republic – all markets where we have campuses are among our strongest markets in terms of people coming into the office. We can’t manage our business around attendance in the office – that would be crazy. Those days are gone. It’s really about how we help our people have flexibility and do their work in the most appropriate places and I think campuses will play a big role in that.

It has been four years since you first presented the Q1 results when you were co-COO but, at least measured by share price, WPP has been stuck at pretty much the same level of £10 to £11, even though you’ve reorganised and simplified the business and you’ve done £1bn of share buybacks. Is it frustrating that the company hasn’t got more of a re-rating? Citigroup, for example, says after these Q1 results that the stock deserves a higher rating. Is there something more that can transform WPP, the creative transformation company, or is it all about steady evolution?

I think the company is transformed from four years ago. We grew 9.5% in this quarter, after a year of 12% growth last year, we’ve got a radically streamlined group of agencies, we won holding company of the year at Cannes last year, we led the Effies, we just solidified our relationship with three of the world’s largest advertisers – Google, Coca-Cola and Unilever. WPP is performing extremely well and I focus on that, rather than the share price, but every CEO will tell you they don’t focus on the share price.