Will brands follow the BCCI and close the endorsement-fee gap between men and women? 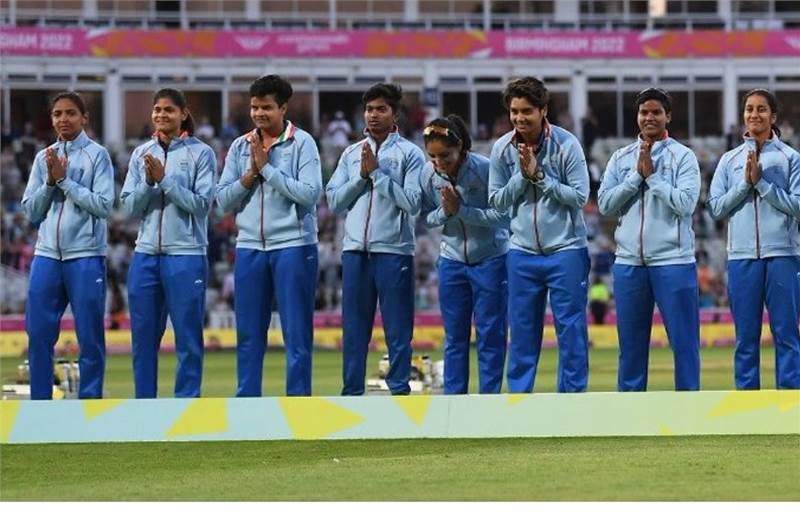 Last week, the Board of Control for Cricket in India (BCCI) announced that the Indian women's cricket team and the men's cricket team members will get the same match fees.
Post that announcement, we reached out to experts to find out whether this announcement will pressurise brands to also increase their endorsement fees for the cricketers.
Here's what they had to say:

For brands to be able to invest in higher endorsement fees, the promotional efforts to highlight women in sports need to go through a massive upsurge. Our country needs to focus on better-promoting women’s cricket and get people invested in it first. In the absence of the same level of popularity that GEC stars or male cricketers enjoy, women cricketers will draw little appeal. That needs to change, and we need to ask ourselves if we are doing enough as a country to give them the spotlight they need to stand as equals.

While it is true that over the past few years we have witnessed a dynamic shift in perspectives from both brands and viewers alike, and women in Indian sports are being brought to the forefront, there is still a lot of work to be done when it comes to giving them the attention and appreciation they truly deserve.
We need to actively play a part in bringing heightened focus to women in the sports realm and recognise their hard work and commitment. Only then will brands start seeing the value in making higher endorsements that play to the advantage of women cricketers and women’s sports as a whole.

One thing that the BCCI decision will impact is that all women’s teams playing leagues across other sports will be under pressure to pay the women’s teams to match fees similar to that of the men’s teams.

BCCI’s decision signals so much more than just equal pay! It signals equality. Equality of access, equality of opportunity, equality to rights and dignity. And a culture of equality creates endless ripples across our way of life.”

Equal compensation is a fundamental right for the women's cricket team. In terms of brand endorsement monies, I do not believe it will make an impact. Brands and brand monies know no political correctness. They will go where the eyeballs reside.

No, I don’t think brands will be under pressure to increase endorsement fees for women cricketers. BCCI has taken this good initiative as they are the governing body of cricket in India and by giving equal pay, they recognise that the efforts put in by male and female cricketers are equal.

However, brands are not obligated to do the same. As the popularity of male and female cricketers is different, brands will reward celebrities according to their popularity and not because the governing body does it.

Although, with the announcement of women's IPL, I feel there will be more brands using women cricketers as brand endorsers, as their popularity will increase as their on-field exploits will be more visible.

The conversation surrounding equal pay is topical and universal. Within the world of sports, BCCI’s policy change emerges as a historic turning point where female athletes not only get their dues but also reflects a mind shift change where they are valued like their male counterparts. Marketers should recognise this opportunity to build female athletes as brands - in a sense, create an ecosystem that goes beyond the lip-service of pay-hike tokenism.

Take, for example, the number of endorsements, for brands and products across industries, we see from male cricket players – the names instantly spring to mind! Now, consider the brands and products endorsed by female cricket players – it takes longer for us to think of any. This holds up a mirror to the overlooked potential of women, not just as athletes but also as impactful brand ambassadors.

The industry is buzzing for change, and as an advertising conglomerate we have made a meaningful difference by altering our policies and ecosystem to not only onboard more women professionals but creating a conducive environment for them to thrive in. Similarly, we need to transform how female athletes are perceived, empowering them with more visibility via increased endorsements which will, in turn, have a positive, organic role-modelling effect on budding sports stars. We must have confidence in the uplifting power of female representation in sports and leverage it tactfully in marketing so that it becomes a win-win scenario for all.

It's good for the sport. What you earn on field is pure reward for the sweat. Men and women give the same effort and so it's a good move by the BCCI. However, one shouldn't compare on field and off field earnings.
Sandeep Goyal, managing director, Rediffusion
It's a good populist measure by BCCI. But that is a monopolistic decision not supported by economic realities. Men’s cricket is multiple times the size of the women’s cricket. Pay has to be in proportion to overall earnings not just a function of societal equality - that is the economic reality.
Endorsements are based on a one-on-one negotiation. Advertisers will pay for the bang their buck gets from the celebrity.
Sanjay Tripathy, co-founder and CEO, Agilio Labs
The BCCI needs to aggressively amp up the number of domestic and international matches for female players. Also, all matches played across age groups and levels should be also considered.
Their is still a huge differential on contracts. The BCCI had announced the annual player contracts of the women cricketers in May this year. The pay categories looked like this:
Category A (Rs 50 lakh), Category B (Rs 30 lakh) and Category C (Rs 10 lakh). A month before this, the Board had announced the contracts for male cricketers. In their case, there are four categories, instead of three, with players in the topmost category ‘A+’ earning Rs 7 crore (excluding the match fees). The other categories included ‘A’ (Rs 5 crore), ‘B’ (Rs 3 crore) and ‘C’ (Rs 1 crore).
Female tennis players are, perhaps, the only women athletes to earn the same as their male contemporaries. The four major Grand Slams — Australian, French, US and Wimbledon — men and women have taken equal prize money since 2007.
Brand endorsement is a different ball game. It is different for every celebrity or cricketer based on the following three points:
The reach and appeal of most of the women cricketers will bound to grow with higher exposure, number of matches and women IPL slated to start from 2023. So the endorsement figure by next year will be definitely double or more for performing, visible women cricketers. It may not happen immediately but you will see the change in next 6-12 months.