Cannes 2021: All purpose and no play makes adland a very dull place 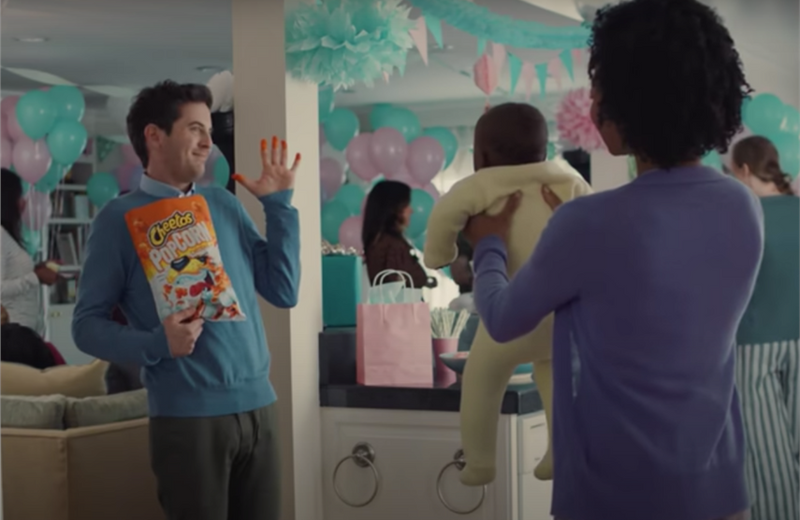 Did you hear the one about a funny ad winning at Cannes?

In fact, during last week’s virtual Cannes Lions festival, only one obviously humorous ad took home a key prize. This was the 2020 Super Bowl ad for Cheetos “Can’t touch this Cheetos” by Goodby Silverstein & Partners, which won the Creative Strategy Grand Prix.

So why do humorous ads get such little juror applause?

To some extent, it’s the international nature of the awards. The funny ads that do tend to break through employ physical humour that can easily transcend language barriers. Humour is all about context, so it can be hard to appreciate some jokes without shared knowledge.

There is also a general lack of recognition of the skill involved in creating something funny. It requires good writing and a client that shares a sense of humour and can sell it upwards. And when trying to choose between a serious, purpose-driven campaign that is claiming to save the world, and an irreverent, funny ad, it may be hard to argue for the one that just makes you chuckle.

Another reason could be the nature of what has happened to us all in the past year. Many brands feel they don’t have permission to be joking around during a tragedy. The polarised nature of the social debate is also probably leading many brands to steer clear of anything that could be interpreted as offensive. All humour ultimately makes fun of someone or something, although at its best, in an affectionate way. But the boundaries of what’s acceptable are being tested at the moment and that’s a challenge for comedy generally.

Yet it would be a shame if advertising becomes too po-faced. Humour can be extremely effective because it is memorable, cuts through noise and bonds people together. Maybe it’s time to bring back the lolz.

I had the honour of sitting on the Cannes Film shortlist jury. Given the year we’ve all had, we could do with a laugh, but they were thin on the ground.

Quite rightly there was a lot of great, purpose-driven community work, but when there was a funny film, like Droga5’s for Petco, or Saatchis'  for Tide, this judge’s Zoomed-out eyeballs embraced the levity the humour brought. And I still remember them. Humour stays with you, see, it’s a powerful tool. People in the UK still talk fondly about adland’s Fawlty Towers, Blackcurrant Tango.

Great humour is a dying art, it’s difficult, you need great writing and a client who shares your sense of humour. Maybe that’s why it’s rarely briefed in. Researching humour is tricky too; trying to pull off humour on a “board-o-matic” is a joke. Put all that on the global stage, and the audience often isn’t sharing the humour, it’s lost in translation.

It’s said humour is the shortest distance between two people, and so the lack of it is no laughing matter.

There was, as usual, outstanding work at Cannes. The climate of the past year – coronavirus, BLM, Trump – created a very intense and emotive landscape. The best work, from "#WombStories" to "You love me", were reflections of the times. Dr Dre was making a stringent comment about how black people feel and are being treated. Bodyform depicted the highs and lows of living with a womb.

Personally I’m always drawn towards the funny when things are bad; I need a laugh to maintain my sanity. The winning work feels appropriate for the year we’ve had but, in my opinion, we still need to have a laugh.

We like to describe making someone laugh as shortening the distance between two people. It's an acknowledgement, a fleeting bond that says: "You and I see the world in the same way." And, whether it’s a person or a brand telling the joke, the same principle applies.

The inconvenient reality, however, is that it’s quite difficult to be funny, and if you don’t pull it off, you can get jeered offstage. Being funny requires courage at the best of times and sensitivity too, certainly during an era of Covid-19, cancel culture and the apparent need to avoid offence at all costs. Shame, because people buy from brands they like, and being funny is the shortest route to being liked.

Obviously Cannes isn’t just about ads any more. And I do think there is funny stuff to be found. But it’s what tickles your bone. I even found it in #Wombpainstories, with the swinging saggy boobs.

"Superb Owl" for Reddit really makes me laugh in that it’s a ropey jpeg. And I loved the Lil Nas X Old Town Road video by Prettybird.

But it’s a fair shout. The lack of hilarity has got to be something to do with what we’ve all just been through. So, hopefully, as we emerge, the silliness and titters will be back.