What does Tokyo banning spectators from the Olympic Games mean for advertisers? 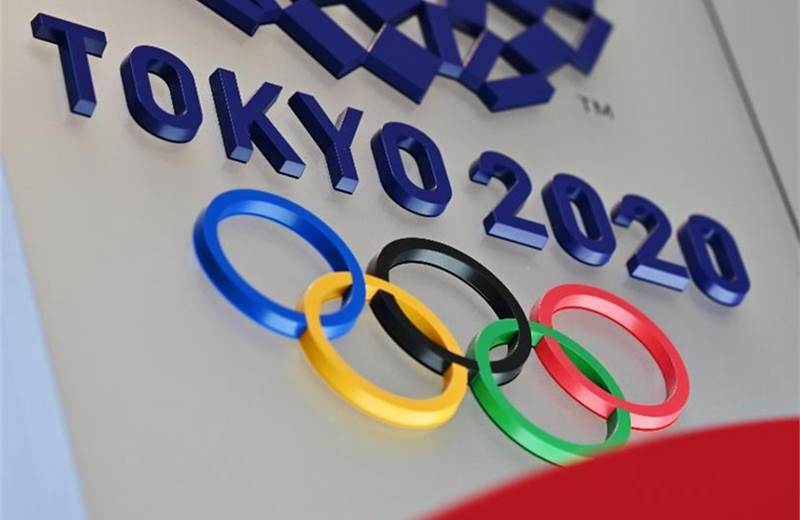 The Tokyo Summer Olympics are banning spectators from the games this year after Japan declared a state of emergency amid rising Covid-19 infections.

The global event takes place from 23 July to 8 August, smack in the middle of Japan’s state of emergency, which runs from 12 July to 22 August. It’s another blow to the Olympic Games, which was postponed last year due to the pandemic, costing organisers $2.8 billion.

International spectators were already banned from the Olympics this year and domestic crowd capacity was set at 50%, or up to 10,000 people, prior to the ban.

Despite the delay, NBC landed its largest-ever advertiser line-up for the games. In June, NBCUniversal said it expected more than 120 advertisers to come on board with more than 80 being first-time advertisers. That’s a 20% increase from the Rio Games in 2016.

This will also be the first time the opening ceremonies will air across NBC stations, NBC Sports, NBCOlympics.com and NBC’s Peacock streaming service.

As uncertainty continues to swirl around the Olympics, professionals in the industry agree that on-the-ground sponsorships are likely to suffer, while TV ad spend will remain strong.

"In practicality, sponsor brands will be affected by the new spectator policy. Traditionally, brands from Coke to McDonald's create experiential activations that involve spectators and offer moments of fun and play between events. Visa benefits from on-the-ground gear purchases. The exposure and involvement that typically happens IRL will need to  pivot to make those sponsor investments whole. I would anticipate we see a lot more in the digital social space to bring these brands front and center with more people, or other digital activations that allow sponsors to feel ‘big’, albeit in a different way.”

“The bigger hit will be on the Tokyo economy and the ‘brands’ (restaurants, hotels, etc.) who were poised to win from increased tourism spend.”

“Olympics' TV advertisers won’t be dramatically impacted unless this is a hint of the Games being paused all together."

“No spectators, no problem, right? Not exactly. The ban does hurt brands in its potential to diminish the spectacle. The moments won’t have noise. No cheering from the crowd or fans waving to family back home during the opening and closing ceremonies. The whole thing may seem less grand, which is the risk to brands paying a premium to be a part of it. And if the games seem diminished, it’ll be apparent in both the ratings and interest in surrounding content. Marketers will have to up their production game to deliver content to fill the emotional gap that is left behind.”

“Marketing partnerships and sponsorships at the Olympics are a long-term strategy. So, brands are in it through thick and thin. Hopefully at this stage, marketers have aligned their brand with the spirit of the games or an NGO that extends and supports brand goals. I would worry less about live spectators and more about the Olympic stories of athletes and teams. Ultimately, you need stories and medals.”

“The Olympics will garner an enormous audience. It will just be remote.

Many of the world’s major sporting championships have been successfully conducted remotely this past year, and fans are now acclimated to watching events without spectators, so the Olympics without fans will not be a sudden shock to audiences. The Olympics as an institution is well-equipped to adapt and meet the moment, as it did in 2002 with the Salt Lake City games (held just four months after 9/11) and in 1972 with the Munich games continuing despite a deadly terrorist attack.”

“The cumulative audience engagement that comes from live, re- broadcast and streaming is still king. Broadcasts of the games have historically been the most valuable sponsorship medium for advertisers, so losing in-person viewers does not mandate a significant need for advertisers to adjust strategy. It won’t diminish the audience, just change how they view the games. Most brands will be nimble enough to adjust and ensure the tone remains happy (reflecting progress made on Covid-19), but slightly subdued, recognizing the pandemic is still a very real crisis.”

“Brands can lead the way on ‘bringing the Olympics to people’ and be plugged into the daily news cycle generated by the games.Providing exclusive access to high-profile athletes and the unique storylines that emerge during the games is key to creating a more connected experience for fans, such as Visa’s campaign with Simone Biles.”

“Brands should consider in-person activations, where possible, to drive engagement. A great example is NBC’s “Rings Across America” tour. Storylines that unfold in real-time, such as records being broken or personal interest stories developing around the athletes (like the bond between Sydney McLaughlin and Dalilah Muhammed), are great moments for brands to seize. These moments make history and inspire the next generation of athletes and fans for years to come, so they can offer great business value.”

“The absence of in-person spectators will be noticed, but it won’t have a seismic effect on viewership because viewers were already expecting the Tokyo games to be different this year. We knew the games would lack the classic Olympics scenes we are used to (such as fans waving their country flags in the audience) because Covid-19 had already limited the crowd to spectators living in Japan.”

“There will be increased pressure on broadcasters and marketers to produce amazing content for the TV viewing audience to enjoy. There will also be an increased demand across social media as people look to see highlights and snippets of their favorite athletes.”

“As we have seen in the past year, not having fans in the audience does impact the athletes. However, those competing are the best of the best, and they won’t need people in the stands to spur them. The dream for a gold medal is more than enough.”

“Not having spectators on-site in Tokyo primarily affects domestic Games sponsors and The Olympic Partners (TOP), which had the rights to activate in the host city. There is certainly lost value for brands, especially those that have rights in Japan.”

“However, the TOP sponsors build their programs around much more than on-site efforts before, during, and after the Games. There is so much more to delivering a return on this investment than on-site activations. The intellectual property value is so strong, and there are so many touch points surrounding the Olympics.”

“For sponsors of National Olympic Committee teams, it’s primarily about supporting the athletes marrying and aligning their brands with these competitors. This celebrates the great stories that these athletes have, their incredible journey to actually reach the Olympics, and ultimately their performances at the Games. ”