'There will never be another like Gerson': Dolly Thakore 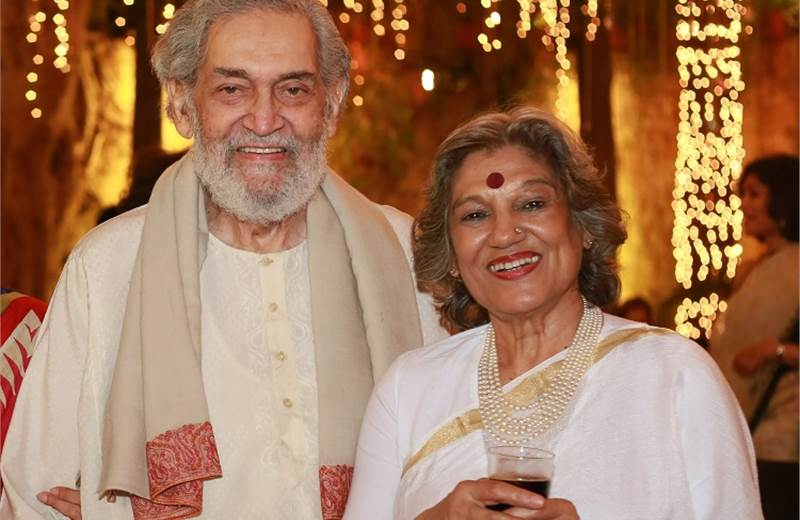 It is said, every generation stretches over 25 years. But I had the good fortune to have known Gerson da Cunha well for over five decades. I first set eyes on Gerson da Cunha in London in late 1965 on the LAMDA (London Academy of Music and Dramatic Arts) in a reading of Rabindranath Tagore’s Footsteps In The Sand. And that connection never ended…he is still amongst us with all the goodness he has spread – not by his creative talent and professional accolades, but by his humility, understanding, tolerance, patience, acceptance of every human being.
I had heard about LAMDA from my Delhi University friend Roshan Seth who had received admission into its hallowed precincts – some may remember him as Pandit Nehru in the Gandhi film directed by Sir Richard Attenborough in 1979.
And there loomed this towering Indian figure who dwarfed everyone else on stage and mesmerised everyone in a baritone I had never heard before… and I was smitten! In true theatre-and Gerson tradition, he invited Roshan to his flat in Sloan Square for an after-play gathering. And being with Roshan, I too was included. That was my first introduction to rubbing shoulders and exchanging chatter with the ‘intellectuals’ of the literary world in London – for among them were Geeta Patnaik and her husband Sonny Mehta, head of Knopf Publishing.
I was inducted as a contributor to the newly emerging Immigrant population of the BBC, London World Service for radio and television. And the more energised inspired ambitious enthusiasts formed a company named KADA – Kala Actors Dramatic Academy - which included Zohra Segal, Kunwar Singh, Kusum Haidar, Saeed Jaffrey, and Gerson da Cunha while he was there on a posting from Lintas.
When I returned to India, I discovered Gerson was a creative genius from the theatre, All India Radio, films division and advertising world.
Three days into Bombay, friend Kabir Bedi asked me if I would like to come for a rehearsal of Marat Sade at St Xavier's College. Was I going to say NO?
And there I met Director Alyque Padamsee who was directing The Persecution and Assassination of Jean-Paul Marat as performed by the inmates of the Asylum of Charenton under the direction of Marquis De Sade – usually shortened to Marat Sade.
From then on I have hobnobbed with giants of the advertising and theatre and communication world and feebly followed in their footsteps, never hesitating to rub shoulders with them in areas I could learn from – advertising briefly, theatre widely – and even shared the stage and mike in compering, commentating, casting, moderating and acting with this giant of theatre – and a Renaissance man.
Gerson and my world overlapped and crisscrossed.
My theatre memories with Gerson remain my most precious and unforgettable ones… when Alyque cast me in Inherit the Wind; then as Portia to his Brutus in Alyque’s adaptation of Julius Caesar about the Emergency where he had Usha Katrak – another theatre-great playing Julius Caesar.
Then came the spectacular musical Jesus Christ Superstar, where we sourced singing talent from Churches and Choirs for all over Bombay (now Mumbai) and Gerson played Pilate. But he miscounted the 39 lashes for Jesus and that diminutive Jo Alvarez who played Simon the Zealot with a voice that made the stage floorboards rumble, had the temerity to confront this colossus amongst us and say: “Man, at least learn to count properly”.  But Gerson was not phased out, and accepted it calmly…there were no star tantrums! Alyque always instructed actors to ‘Gersonise your performance’.
I was always thrilled to be on the same panel as this cultural monolith to judge the Bandra Zonals, and SCADAMS held by the Catholic Schools and Churches around Bombay.
But that was Gerson. He never criticised, condemned, judged, resented or refused anyone. No assignment was below him!  He was not prejudiced. His legion of friends was accepted as equals. He never made anyone feel discriminated or inadequate. He gave you his full attention – be it a junior in office or a struggling student. No socialite demanding his attention distracted him. He was never partial to any one community or faith or creed.
Here was a man who never had a spare moment and yet found time to lend an ear and guide and advise those floundering for support! Social media, the internet, gmails, Facebook and Whatsapp are full of beautiful eulogies about his social work for CRY, AGNI, Breast Feeding Campaign in Brazil, et al, pouring in from every corner of India and the world – Portugal, Brazil, London, New York to name a few. I even had the opportunity to spend time with him in Kampala when he was there on a UNESCO assignment and I shared my first Ethiopian Meal there with Gerson!
The world would have flocked to bid farewell to this titan, but Covid restricted attendance to his memorial service at the Holy Name Cathedral, in Colaba but that did not deter Cardinal Oswald Gracias from personally conducting his Memorial Mass.
It bears testimony to the stature of this man loved by so many.
We buried his ashes at the Mahalakshmi Cemetery in the da Cunha family plot where many generations of the daCunhas were laid to rest. And Bishop Savio raced from Sewri to Mahalakshmi to bless his mortal remains at the St. Peter Haines Road Catholic Cemetery.
For all of us who knew him for an hour, a day, a week or years, there will never be another like Gerson.
(The author is a veteran theatre actor and casting director.) 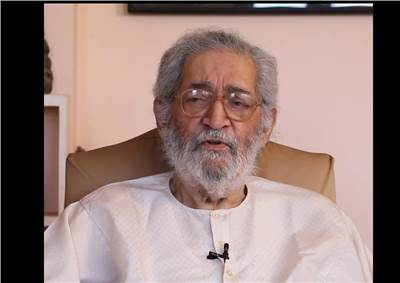 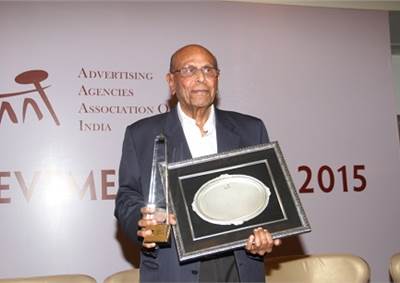 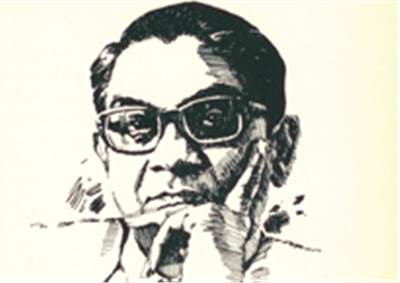 Brands Under Fire to be released today