‘Sowing thoughts through brands’; ‘Unravelling the chemistry of stickiness’ 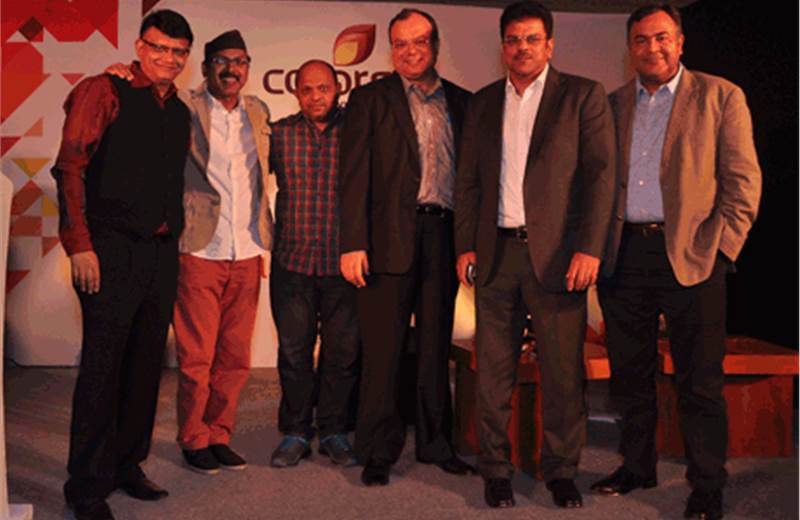 Agnello Dias, co-founder and chief creative officer, Taproot India; and Josy Paul, chairman and CCO, BBDO India, engaged the audience in a 2013 Creative Review hosted by The Advertising Club in Gurgaon on 28 February 2014.

Two years after The Advertising Club dropped ‘Bombay’ from its name, NCR hosted The Ad Club’s 2013 Creative Review. The event was being hosted in Gurgaon on 28 February in keeping with the promise of 40 per cent of Ad Club’s events being outside Mumbai, explained Pratap Bose, president, The Ad Club.

He said, “Advertising has become much more than the advertisement.” He implied that one of the big changes that has exploded in the last few years, was brands and brand communication reaching a higher common goal than just communication aimed solely atconsumption. The game has changed to building value, for even a brand that is flying off the shelves, reasoned Dias. This, he said, “stimulates society to challenge the boundaries of what we know as our world.”

Dias had a word of praise for ‘thought marketers’ - marketers sowing thoughts through brands. Quoting Jimmy Maymann (ofHuffington Post), he said, “Product advertising is increasingly successful when it also talks about the company behind the product.”

He cited the example of brands such as Apple, Nokia, besides P&G’s ‘Proud Mom’ campaign, Lifebuoy’s ‘Help a child reach 5’ campaign -- wherein the companies behind the brands were becoming more critical than the brands. He deduced that corporate behaviour could be the ‘new premise’.

The second trend or change that 2013 saw according to Dias was the dialogue between brand and consumer. “Even the communication from brands like Indigo, which seemingly targets business class with its packaging and communication, was liked by seemingly other TG. Then Google re-union was liked because of the dialogue it had between people across borders, even though many of us might not have friends in Pakistan. The marksman approach is changing to bombardment,” he said. Dias voiced the view that brand conversations are being consumed by an audience larger than product TG.

Dias also spoke on virtual brand conversations, which was resulting in a ‘sharing revolution’. The idea behind this revolution, according to Dias, was that every video one shares is actually an advertisement for oneself. He explained, “When someone shares Tanishq ‘remarriage’ video, it means that they stand for widow remarriage. Same goes for Dove ‘Real beauty sketches’. It allows one to make a statement without actually having to say it.”

The speaker’s presentation also touched upon emotional ads seen in 2013. Bournvita’s ‘Tiger Mom’, Google and The Times of Indiaads focused on stature and gravitas; Tanishq and Binani Cement ads based on ‘glossy sentiment’ (an emotion that has been trending since last three or four years according to the speaker); provocative ads like Fastrack and Tanishq remarriage; and gender sensitive adssuch as Bharat Matrimony, Gillette and Tanishq (office).

One the biggest changes in 2013, according to Dias, was the move towards media-agnostic creative structure. “While earlier, we communicated via three mediums – print, TV and OOH, the agency structure of the future will be medium-agnostic. In the past 15 years, the mediums have gone from three to 43. We have been trained to recommend solutions in these three. This isn’t going to change overnight, but in the agency structure of the future, there will be super-thinkers.”

The big idea would be integrated advertising, surmised Dias.

Drawing from Andy Wilson’s (BBDO) concept of Dopamine and Oxytocin - the two self-generated chemicals that can be defined as ‘vamp molecule’ and ‘trust hormone’ respectively - Josy Paul, chairman and CCO, BBDO India, unravelled the chemistry of stickiness that the ads of 2013 seemed to possess.

Citing examples of British Airways ‘Visit Mum’, Lifebuoy’s ‘Help a child reach 5’, ICICI Prudential’s ‘Bande Acche Hain’, ‘Honey Bunny’, Google Reunion, Tanishq remarriage and Bournvita’s Tiger Mom, Paul said, “Like these ads, 2013 released Oxytocin. Oxytocin is all about execution. 2013 was not about selling stuff, it was about provocative conversation between brands and consumers. Sales were a by-product, and it was bloody good.”

Paul underlined the ‘act’ ahead of the  ‘ad’, and explained, “Brands such as Lifebuoy are acting first and then advertising. The actions create authenticity, which are kickstarters for Oxytocin. The authenticity in real stories, seen in ads like South Africa’s Hope Soap, are Oxytocin.”

Noting that 2013 saw the power of the small idea, he added, “Just give a missed call, just donate one book etc. are generating and creating a lot of opportunities for the brands.”

He further said, “Dopamine eats logic for breakfast and Oxytocin eats data for dinner. We should spend more time on execution, which is critical for both these chemicals.”

On the change that should happen in 2014, Paul said, “We will be sick and tired of Oxytocin. The nation is looking for sinful Dopamine. The fantastic beginning reaction is the recent 5 Star ad. It is a reaction to 2013.”

The review was followed by a discussion chaired by Rahul Kansal, executive president, BCCL. The panel discussed the nuances of the chief creative officers’ presentations.