Sexual harassment 'rampant' in the ad industry and has been ‘covered up’: Philippines women's organisation Gabriela

A surge of new reports from women in the Philippines ad industry—including five against Herbert Hernandez—depict a culture of sexualisation that normalises workplace harassment, a lack of policies to prevent or deal with cases, and alarming reports of agency coverups 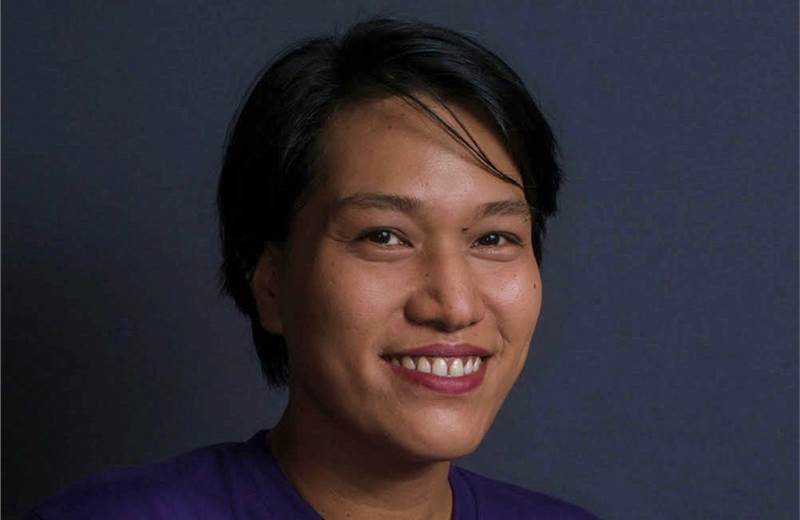 One woman’s report of harassment has acted as a catalyst in the Philippines advertising industry, leading to other women coming forward with previously unreported or allegedly covered-up cases against ex-agency leader Herbert Hernandez and other senior men, according to women’s rights organisation Gabriela.

“I think we have barely scratched the surface of how rampant, and maybe normalised, sexual harassment in the advertising industry is,” Gabriela secretary general Joms Salvador told Campaign Asia-Pacific.

Gabriela stepped forward to represent women in the industry who have been victims of harassment after an August 12 social-media post by creative director Denise 'Deng' Tee sparked a series of similar accounts against the alleged perpetrator Hernandez, the co-founder of independent agency Gigil. Hernandez responded by filing a criminal libel complaint against Tee.

The 4As Philippines asked Gabriela to provide a “safe space” for women to report workplace misconduct on August 18. The ad organisation has said it is conducting an investigation into the allegations against Hernandez and is developing a new code of conduct on safe workplace policies.

One month since Gabriela opened its doors to women in the ad industry, Salvador said in an interview with Campaign that the organisation has received reports from five women who allege misconduct against Hernandez, as well as a series of reports about other men in the advertising industry. In all of the reports, the alleged perpetrators are senior to the victims.

Salvador said sexual harassment in the ad industry is rife due to a “culture of sexualisation” that “tends to normalise sexual harassment within the workplace, embolden potential perpetrators, and instill fear among victims or colleagues to call out and report these acts”. The organisation has further found a lack of policies or redress mechanisms, and allegations of coverups by agency leadership.

These reports relate to the Philippines ad industry but contain a warning for the industry as a whole to urgently address workplace harassment. Campaign is working on a follow-up piece that will discuss what cultural factors may influence the prevalence of harassment, and why cases are going unreported, in the Philippines and APAC more broadly.

What response has Gabriela received since the Herbert Hernandez story broke open?

When the story emerged, individuals from the advertising and media community who were concerned with the unravelling situation reached out to us and wanted to know if there was anything a women’s rights organisation like Gabriela could do to help female victims of sexual harassment in all walks of life.

While definitely there were differing sentiments around how Hernandez should be held accountable for his alleged conduct, the much greater concern of those who approached us was actually how to support female victims of sexual harassment who have come forward, as well as those they knew who have had similar experiences of sexual harassment but have not yet had the courage to speak up or are afraid that they may be at the receiving end of retaliatory actions from their named perpetrators and even the industry that they belong to.

Ever since Merlee Jayme [APAC chief creative officer at Dentsu International] helped create a line of communication between Gabriela and women in the advertising industry and also connected us with 4As, we have been receiving reports of various incidents of sexual harassment in the workplace and have been in touch with some of the female victims-survivors for counselling and legal advice.

Can you tell us about the complaints you have received since you recently began working with the advertising industry in the Philippines?

To date, we have been in communication with five women who have reported sexual harassment complaints particularly involving Hernandez. Apart from these women who have reported direct experiences with him, there are also others who have approached us with other incidents that they witnessed or claim happened involving not only Hernandez but also other men in the advertising industry.

All of the reports we have received involve acts of sexual harassment in the workplace and/or training environment. These involve multiple and specific acts of verbal, psychological or emotional, electronic, and physical acts of sexual harassment. The reported incidents concerning Hernandez that were reported to us happened over a span of several years and when he was affiliated in different institutions or agencies during these years.

There is also an observable pattern to the acts of sexual harassment within the advertising industry that were reported to us: These acts transpired between a more senior creative and a junior or younger employee, intern or student. All these reported incidents happened to females in the course of performing their profession or work duties.

What do those coming forward want to see happen? Will there be further legal action? What obstacles are there?

Many of the women we have talked to just wanted to deal with their bad experience so they could move forward with the thought that somebody has actually wronged them and that it was not their fault that this had happened to them. We have to understand that some of these women have for years denied the existence of their bad experience, went about their lives thinking they were fine and could just eventually forget that they were at one point victims of someone who made them feel very unsafe and made them doubt themselves. And like other victims of violence against women who have come forward, they are confronting their past by recognising that it did happen, by having the courage to name their perpetrator, by being open to their families and friends, and by talking with other women like us from Gabriela.

From our conversations with these women, at this point it is not in their immediate objective to file a legal case, whether criminal or administrative, against Hernandez. To them the mere act of being able to speak about their experience is enough. If we continue talking about how sexual harassment does happen in the advertising industry, that it is not only Deng Tee who claims to have been victimised by Hernandez but there are many other women like them and they will support each other, and that if in the process they could help other victims or potential victims of reported sexual harassment—to them it is already enough.

Again, not immediately wanting to file a legal case is not something extraordinary, speaking from the experience of Gabriela in assisting thousands of women victim-survivors. There are many factors that deter victims from pursuing legal action, such as the fear of having to relive their experience, of causing more pain to themselves and to people close to them, the possibility of being wrongfully and unfairly judged for their actions, the effects of possible retaliation from a more powerful or influential perpetrator (for example, the cyberlibel retaliatory suit filed by Hernandez against Tee), the inconvenience of and having their lives changed by a legal pursuit, and also financial considerations for pursuing a legal suit.

Is Gabriela also working with and supporting Deng Tee? If yes, how, and what can you tell us about next steps in this specific case?

Yes, Gabriela is also in contact with Deng Tee and we have had conversations already about the possible legal, psycho-social and advocacy support that we can provide, whether in defending herself against the retaliatory cyberlibel suit by Hernandez or if she does decide to file a legal complaint of sexual harassment against her alleged perpetrator. The last time we talked though, she had not yet received a copy of the case filed against her or any subpoena from the court, which are essential to go about the next steps for her legal defence.

Are there other instances of harassment unrelated to Hernandez now being reported in the advertising industry following this case? Is there even impact beyond the marketing industry in the Philippines?

Gabriela has been constantly receiving reports of incidents of sexual harassment and other forms of violence against women not only from within the advertising industry. We do have to recognise that with Tee’s bravery in coming out with her own experience and the support that she is getting from her colleagues and from the wider industry, there are other women who are taking inspiration to also confront their own experiences and speak up.

What can you tell us about the nature of these reports?

Are agency leaders concerned and taking action on these? Is there any evidence of leaders covering up or preventing people from coming forward to report harassment?

I think the fact that 4As went to seek the assistance of Gabriela on the Hernandez case goes to show that some agency leaders are concerned and willing to take action. At the same time, it has come to Gabriela’s attention that there were some prior reported incidents of sexual harassment involving Hernandez that apparently were not acted upon appropriately or in accordance to the Anti-Sexual Harassment Law or RA 7877 and were reportedly covered-up or brushed aside by his prior agency. That is something that should concern the industry as a whole as well.

We really hope that agency leaders will be serious in responding to the situation of sexual harassment within the industry and recognise their responsibility and leading role in making the industry safer for women and more respectful of women’s rights. This can be done by instituting and stringently implementing and enforcing clear and proper policies, mechanisms and processes to appropriately address actual reported cases and also to prevent future acts of sexual harassment and other violations of women’s rights in the workplace from happening.