Roopak at NY: Agencies are f##ked!

So yesterday, I left you at the part where I was ambushed by menacing jetlag (with a baseball bat) as I entered my hotel room.  So here’s what happened after that…My eyes open.  It’s 3 am.  Dammit!  One of the primary reasons I’m here is to network and I’ve just slept through a major party.   But before I have time to ponder too much, Shivani, one of the Producers at Bang Bang wants to know if I can jump on a call with Ogilvy.  Sure, I say. 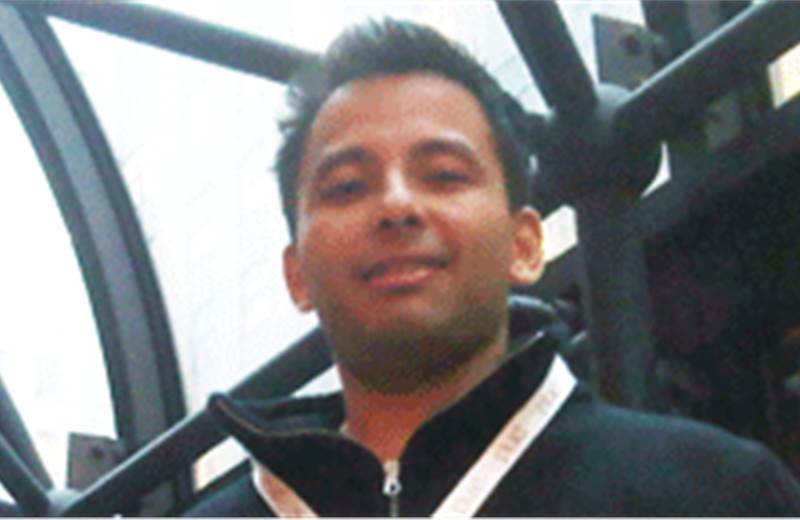 So yesterday, I left you at the part where I was ambushed by menacing jetlag (with a baseball bat) as I entered my hotel room.  So here’s what happened after that…My eyes open.  It’s 3 am.  Dammit!  One of the primary reasons I’m here is to network and I’ve just slept through a major party.   But before I have time to ponder too much, Shivani, one of the Producers at Bang Bang wants to know if I can jump on a call with Ogilvy.  Sure, I say. I’m thinking confcall…then I’ll sleep for a bit, wake up, hit the treadmill and get refreshed and ready in time for Bob Greenberg’s (of R/GA) keynote of Day 2.  I also need to get the Bang Bang giveaways downstairs to the Boards gang so they can set them up for the party, plus I need to name a cocktail dedicated to Bang Bang (it’s part of our deal) and there’s a bunch of other things to do before Day 2 begins.

A few hours later, the gym plan has gone out the window, sleep seems like a luxury for another week on another continent and before I know it, I’m scrambling to get downstairs on time like the usual whirlwind, that my wife, Tara accuses me of being every morning in Bombay before I leave for work.  I still haven’t figured out the cocktail bit but, never mind, Bob Greenberg’s not waiting.  “More has changed in the past nine months than in the last nine years,” is the biggest statement he makes.  Hyperbole, perhaps, but it sounds good anyway and is a statement in the right direction.  He also postulates that we’re going to see upstream consolidation with more agencies bringing production, traditional and digital in-house to better compete for integrated business.  Being a huge fan of R/GA, its evolution and current business model, I jump at the opportunity to meet him after the talk.  We chat for a bit and I arrange to schedule a visit to their offices before I leave New York.  Sweet!  Oh and he showed us this hilarious spot as an example of something in his talk

Coffee break!  I bump into a couple of executive producers from Markenfilm, Germany, Burak and Johannes, whom Tara and I had met at Cannes last year.  The remarkable thing about Marken is that it’s a fifty year old company, which makes it by far the oldest commercials production company I (and probably you as well) have heard of anywhere in the world.

Business Unusual is the title of the next one, which holds more appeal for me than Four Things You Need to Know About Working in China.  (If I really need to know, I’ll ask my friend Kelvin Mok at A New Life Films in Shanghai).  Moderated by Charles Day and Chris Tardio of the Lookingglass Consultancy, it covered some very interesting existential questions for creative entities, production companies in particular.  The other panelists were highly respected heads of reputed production companies: Diane McArter of Furlined (the US affiliate of Blink of London), Jerry Solomon of Epoch and Javier Jimenez of Motion Theory.  Day threw open the discussion by asking why production companies don’t generally last beyond a couple of decades (ironic that I mentioned Marken in the last para).  Apparently, Lookingglass had helped the panelists evolve their respective companies at their respective points of stagnation. “We started by looking twenty years ahead, invented a company and then worked backwards,” said McArter.

This was followed again by another panel discussion about storytelling and brand narratives in the digital age.  Secret Location, Tool of North America, BBDO New York and B-Reel were represented on stage.  Stunning cases one after another…online branded content at its best, leveraging interactivity and technology beautifully: Axe-like work from Twix, something called “Backpackers”, which is an online episodic show about the experiences of two…um…backpackers across Europe for which the creators are still securing brand buy-in (a different paradigm?) but B-Reel’s Hotel 626 took the cake, icing, cherry and even those marzipan plaques used for writing “Happy Birthday” on.   Although I still have no idea what brand it’s for.  Making use of your web-cam for more accurate and personalized interaction, it takes you through this eerie hotel scenario, where you’re supposed to dodge and elude a chainsaw wielding maniac.  You play, you get freaked out, you log out and when you think it’s all over, you get a chilling call on your cell from the maniac telling you he’s still watching you!

Lunch was with Vin Farrell, Head of the Digital Studio at R/GA.  Six of us around a table.  We talk about resistance to change in the industry; R/GA, its success and what makes it tick; difficult clients and internal politics and about groundbreaking projects and financial constraints.  The turkey was bad, the pizza was good.  Overall verdict: Day 1 better food, day 2 better talks.  And then the man with the xylophone (yes, xylophone!) comes in to signal the end of lunch.

Post-lunch, I should really be going in to hear one of the presentations but instead I head to the mailroom to pick up a package full of DVDs (showreels) sent by my Assistant, Danielle.  To retrieve it, I have to sign for a $10 charge (for receiving a package??? Seriously?).  On my way back, I bump into Lisa Mehling and Alison Amon, co-Partners at Chelsea Pictures, one of the top US production companies.  We’ve worked with Chelsea but this is the first time I’m meeting them in person.  I get back to the foyer to find David Henscher so I can square up all that’s pending before the party.  DVDs…handed over, Bang Bang giveaways…handed over, cocktail thingee…pending.  “Ok, David…call it Kiss Kiss Bang Bang and let the bartender decide the recipe!” Done!

By the way, I did tell you yesterday, that I’d fill you in about my conversation with US Customs.  So imagine, he opens my suitcase and sees neatly organized rows and columns of pouches with the Bang Bang logo.  I wouldn’t have blamed him for thinking I was carrying explosives.  And inside the pouches are branded toy auto-rickshaws.  “So, you giving these toys to people is going to get you more business?  Ok then if you say so,” is the skeptical response to my declaration.  But they were very courteous, professional and friendly I have to say.  Impressively so.

Chris de Cesare, Head of Marketing for youtube, gives us tips on how to optimize the use of youtube as a marketing tool.  Did you know that youtube is the world’s second largest search engine?  Finally, the last session of the day and the conference is a town-hall format with seven speakers among whom are Hashem Bajwa formerly of TBWA and now of Droga5, Diane Jackson of DDB Chicago, Harvey Marco of JWT New York, Lars Barstholm of Ogilvy New York and Rick Webb of the Barbarian Group.   Each speaker has six minutes to talk on six slides, which change automatically every minute.  Both Marco and Webb state explicitly that agencies are “f#cked” if they don’t evolve.  Bajwa says he misunderstood and had actually written his presentation in six minutes, but he does well nonetheless.   Apparently Jackson too was very good but I had to leave after one slide to make sure everything was in order for the Cocktails.

Now I’m at the Sky Bar, which is situated on the second/first floor (as several may know, floors in the US start from 1 at Ground and move upward from there so instead of G, 1, 2, 3…you have 1, 2, 3, 4, etc.) of the hotel on the side facing 42nd street and is glass all around on roof and sides. It’s rather long from one end to the other.  Reminds of a glass submarine.   I’m quite pleased with the venue and get there to find that between the Boards staff and the relatively large contingent from atSwim, all the goodies are spread out already.  Thank you, guys!  Bang Bang ricks and atSwim underwater cameras.  The cameras really work.  For that matter so do the ricks.  If you pull them back they move forward with a burst of speed.

I see the cocktails….red “Kiss Kiss Bang Bang” from Bang Bang and blue “Speedos” by atSwim, both vodka based.  Our showreels are playing in the background, giveaways are ready, bartenders are on standby.  And a few minutes later the delegates start to pour in in droves.  Within fifteen minutes, there are a couple of hundred people at the bar and thirty minutes later that number is up by another hundred.  I think at its peak there were four hundred in the “glass submarine”.  The party was a roaring success.

On one side of the party BBDO has a screening of showreels of six Directors handpicked by Producers from various offices.  Some people are huddled around a couple of screens watching.  Others are involved in vigorous chatter.  At some point there’s some commotion and a battery of flashes across the street that turn out to be paparazzi flashes.   There’s a big crowd outside famed party venue, Cipriani’s.  Seems like the glitterati is pouring in for some event.  The commotion is for none other than Paris Hilton, who walks through the crowd with waves and air kisses.

People seem to have really enjoyed themselves at the Cocktails.  I met too many people to mention here but let’s say I’m coming home with a pretty fat stack of business cards.  Mine, which I left all around the venue, I see have been picked up by many if not directly given to by me.  All in all, a great investment for Bang Bang.  The party was supposed to go on from 5 to 7 but carries on till 8.  People begin to disperse.  I head out quickly to pick up a quick bite and head to my room to do some work before I go the closing party, just like the previous night.  But this time I’m determined not to pass out.  Not quite sure what transpired then but unwanted déjà vu is how I can put it.  Open my eyes at 3 am cursing myself for missing another party. How the hell did I do it again?  No point crying over spilt milk.  I’ll do a self inquisition later on my understanding of my sleeping patterns but for now I’ll just thank god I didn’t miss our own party. Phew!

Roopak Saluja at the Boards: Day One 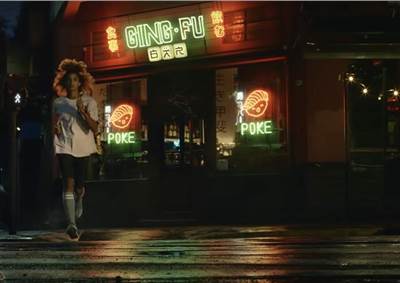 Taking a romantic walk down memory lane with adland 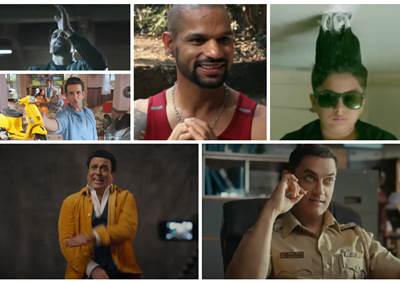 The brands that won and lost this year's IPL are...