While Rohan Bopanna is being lauded for his on-court achievements, Sania Mirza seems to finally have an apparel sponsor, and Sony Sports Networks get the praise for the way the broadcaster has handled the French Open telecast 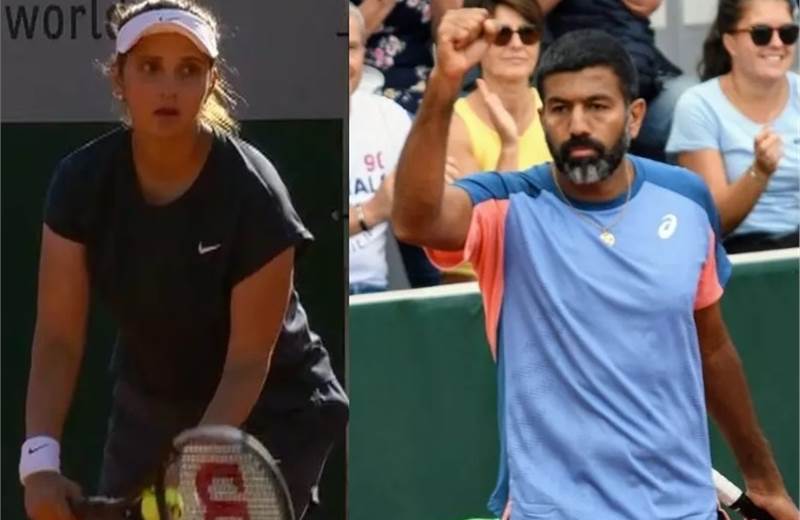 Last year, as an Indian sports fan who also writes about the advertising and media industry, two instances got my blood boiling.
First, during the US Open 2021, Star India, the official broadcasters of the tournament chose not to air any of the games featuring the Indian athletes, which included Ankita Raina and Sania Mirza.
Sony Pictures Networks has done exactly the opposite. The broadcast network, which often gets pulled up on social media for Sony Liv’s interface, gets my approval for the way it has covered the French Open.
I write this soon after watching Rohan Bopanna and his men's doubles partner Matwé Middelkoop losing their semi-final match in the French Open. Thanks to Sony Pictures Networks, I was able to watch every match during their journey. The network has not only broadcasted every tennis match in which Bopanna and Mirza have participated, but also got a dedicated Indian commentary team consisting of former Indian tennis players Purav Raja and Somdev Devvarman for the same, as the world feed may not have English commentators on all the courts. Mirza partnered with Lucie Hradecká in the women’s doubles event, and Ivan Dodig in the mixed doubles event, while Bopanna also turned up for the mixed doubles event with partner Andreja Klepač.
The network deserves another pat on the back for the handling of the UEFA Champions League final. The world feed had two commentators, one of which suffered a bout of laryngitis. While many took to social media to hand Sony grief, it wasn’t the network’s fault – it was the world feed that was facing the issue. However, Sony corrected that by getting their in-studio team led by presenter John Dykes to take over commentary in a more than adept manner.
Secondly, last year Mirza turned up for Wimbledon in a Nike-adidas mix, because of a lack of a sponsor. That seems to be corrected too, as the Indian ace who has announced her retirement at the end of the year, has turned up in an all-Nike attire hinting at a sponsorship deal in place. While we are still waiting to hear from Cornerstone on whether this is the case or not, the fact that Mirza turned up in all-Nike (instead of a mix), gives the impression that she did get a sponsor in place.
For a country that aspires to be a multi-sport destination, these are baby steps, but extremely important steps for players in the advertising and media industry.