WATCH the TVC made by JWT here 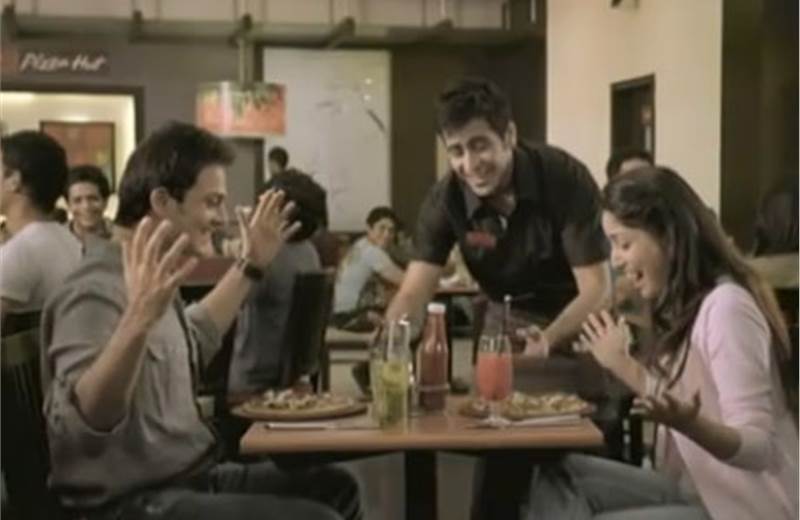 Pizza Hut has launched a campaign for its new range of Tuscani Singles - signature hand stretched thin crust pizzas which come with gourmet toppings inspired by Tuscan cuisine. The TVC has been created by JWT.

WATCH the TVC (story continues below)

In the TVC, the chef fondly gives a final touch of garnish to the Italian inspired Tuscani Singles pizza while breaking into the classic Italian song ‘O Sole Mio’, which gets passed on to the server and the customers, resulting in them singing it as well.

Speaking about the campaign, Anup Jain, director - marketing, Yum! Restaurants India - Pizza Hut said, “As a brand, Pizza Hut has been undertaking various initiatives to enhance its casual dining positioning. The Italian-inspired new range of Tuscani Singles is another step in that direction. Our new ad highlights the Italian spirit which is the inspiration for Tuscani Singles - thin crust pizza with gourmet toppings selected by our chef. The ad is simple yet impactful and strengthens Pizza Hut’s casual dining positioning. I am confident that consumers will enjoy the ad and will try out the new range at our restaurants."

Speaking about the campaign, Priti Kapoor, creative director, JWT, said, “O Sole Mio” is a famous Italian song that romances the Sun. The song is full of nostalgia, and is a pure reminder of Italy, to anyone living outside it, and vice-versa. And that is what works in this film. An Italian chef, working in an Indian Pizza Hut, get’s reminded of his homeland Italy, while giving finishing touches to one of the Italian inspired Tuscani Singles pizza. All of a sudden, the chef breaks into singing O Sole Mio, inside the kitchen. The song is so infectious, that the rest of the crew too joins him. The song then gets transferred to a server, and thereafter the entire restaurant. It shows how the entire mood inside the restaurant is soaked in the Italian spirit, just because of a single Tuscani pizza.”