If anyone has been vocal about the need for a safer media ecosystem, it’s Marc Pritchard.

The P&G chief brand officer is known for his compelling speeches urging more accountability and oversight of social media platforms where advertisers spend their money. That urgency has only grown in light of the insurrection at the US Capitol last week.

“I won't tell you the specifics, but we're off a lot [of platforms],” he told Campaign US. “We don't want to monitor ad content. That's really something that the platforms need to do.”

Pritchard has also spoken up about the need for more diversity in the industry, setting clear standards for P&G and its suppliers to lead the market. Pritchard is pushing for equal representation of the US population from all of P&G’s supply partners: 13%, Black, 18% Hispanic, 6% Asian-Pacific, 2% Native American, for a total of 40% multicultural representation.

“We're making great progress within our own company on all those fronts, but still have more to do behind the camera,” he said. “It's always been something that we've been about, but the events that occurred over the course of the last year have elevated it.”

Campaign US caught up with Pritchard at P&G’s virtual LifeLab at CES, which is typically an immersive in-person experience where guests can test out its newest, cutting edge products at the annual tech confab. 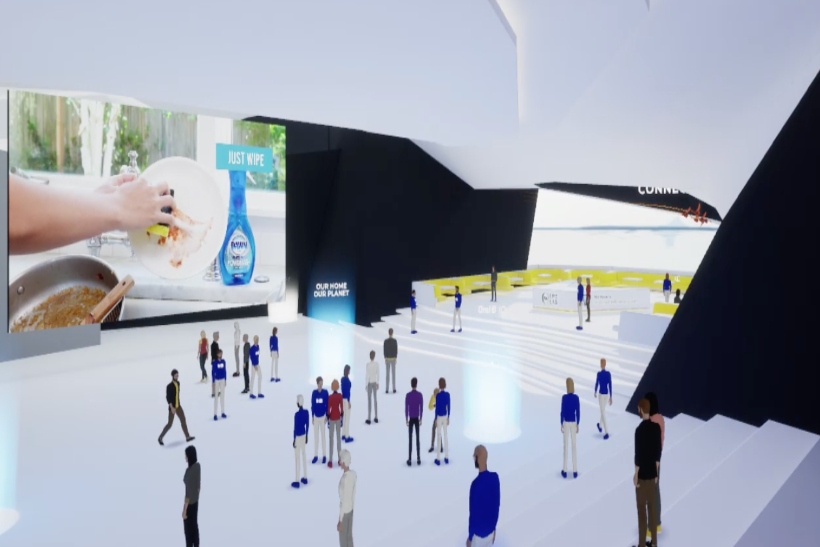 Attendees can enter the virtual LifeLab this year as an avatar to demo new products including the EC360 sustainable cleaning product line, the first-ever Febreze plug-in air freshener powered by microchip technology and the Dawn Powerwash Dish Spray, which removes clinging food soils without soaking first.

Campaign US: How is P&G approaching its relationship with Facebook, Google and other online platforms in light of the insurrection at the Capitol?

I have to go back to the summer when [The Stop Hate For Profit] boycotts were happening. We said very clearly that we are reviewing wherever our ads show up to make sure that it's not on or near hateful, harmful or dangerous content. [We want] to eliminate hateful content and online media. We want a responsible media supply chain, and we don't want any of our brands near or on hateful content. We're doing a lot of monitoring on that, a lot more needs to get done.

We first talk to the platforms, and if they don't change, then we take action up to and including, we stop advertising.

The problem is, we're spending too much time on this. We've got some guidelines, but we need standards. They need to be enforced and audited. There needs to be accountability for that to happen. Right now, the accountability we can provide is that we don't advertise. Industries that can't self regulate, the government will step in, at some point.

You’ve led the industry on diversity and inclusion. What are your goals this year for the makeup of your organisation, as well as and your agencies and suppliers?

We are taking determined action in the equality and inclusion area. Number one, equal representation in the creative media supply chain: agencies, production crews, and directors, as well as media companies that we work with.

We also want to eliminate systemic investment inequalities. Only 5% of spending goes to Black, Hispanic, Asian-Pacific and Native American owned-companies in marketing. What’s happened in the past is that they have not been connected with our approach to big agencies. We're making interventions to go direct to those companies.

How will P&G’s commitment to diversity show up in its advertising creative?

First and foremost, through accurate representation of every person, regardless of gender, race, ethnicity, gender, identity, sexual orientation, ability, religion and age in our advertising. And we expect the same in the programming in which we advertise.

In North America, close to 50% of our commercial directors are women. It's 30% worldwide. But we really need a concerted effort on race and ethnicity. We've created things like the Queen Collective, a short film partnership with Queen Latifah and Tribeca Studios that will create films directed by Black women.

This is P&G’s first time creating a virtual LifeLab at CES. How do you envision virtual events playing into your strategy moving forward?

It's something that we've been dabbling in for a few years. When the pandemic hit, we started thinking about it more clearly. And then for CES, we realised, here's an opportunity to create a real virtual experience.

This virtual LifeLab is now something that we're planning to use 365 days a year, and you'll see it at other major events. We'll create something for Cannes and for the Olympics. This is another way to experience our new products.

We already do a fair amount of gaming, particularly for brands like Old Spice, Bounty and Charmin. We see this as another way that we will be reinventing advertising.

How did you pick the particular products included in this experience?

We really thought about, “Where are consumers at right now? What are the things that are important to them?” What they care about right now are cleaning and hygiene products for their homes. They really care about the environment.

We're continuing to innovate in different areas, but also looking at, what jobs [need] to be done that matter most to consumers? For example, the spray on the Dawn Platinum Powerwash Dish Spray. Consumers are washing dishes and cleaning as they go. It makes sense for us to be able to showcase that kind of thing.

How has P&G adapted to the shift to e-commerce?

Our e-commerce business is growing really nicely across all markets. What's happening is changing the way consumers are experiencing retail. Online ordering, shipping directly to their home, picking up products at stores. There's a lot of different ways that e-commerce is now broadening.

You've spoken openly about your feelings about the upfronts. What will your approach be this year?

We like to think about it as a constructive disruption of the upfronts, where we work directly with major broadcasters, major publishers, in partnership with our agencies to create a deal that is good for all of us. We'll continue to do that as we go forward.

We want to create deals on the timing that works best for us. I would encourage others to be taking the same approach. This is about creating value more than anything.

This interview has been edited and condensed. It first appeared on CampaignLive.com

Marc Pritchard: ‘Philanthropy is wonderful, but ...