“One of the things we want to concentrate on now with Water is to build a strong local team”: Jez Frampton, Interbrand

Frampton, global CEO, Interbrand, explains the new arrangement and how it came about 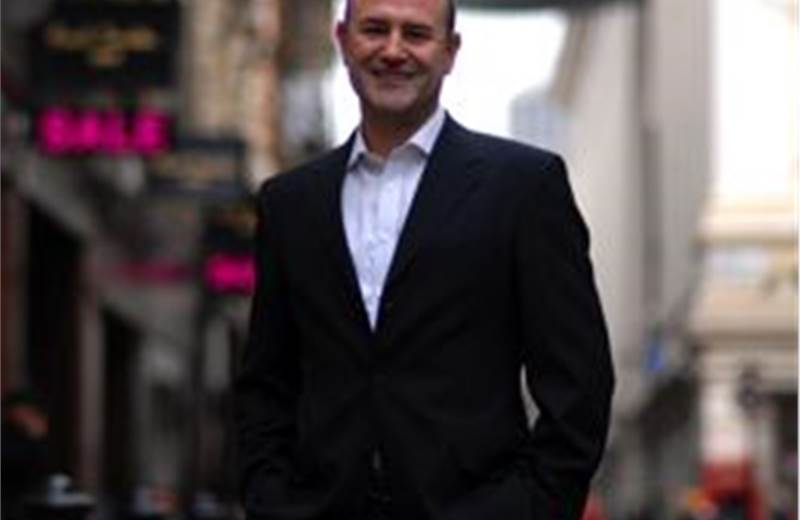 Following the announcement by DDB Mudra Group regarding Water becoming a part of the Interbrand network, we spoke to Jez Frampton, global chief executive officer, Interbrand, about the arrangement.

CI: Could you give us details about the new arrangement? Will it be called Interbrand or Water?

Jez Frampton (JF): It’s going to continue to be called Water for a while. There’s a very simple piece of logic which goes along with this, which comes down to the fact that we believe we must practise what we preach. We always tell companies that in order to create and deliver a great brand, you need to deliver, live and experience it on the inside before you start talking about it on the outside. In the short term, we are going to talk about Water as being part of the Interbrand Group, which it is. What we’re now going to be doing is working with Ashish and the team to make sure they deliver an experience to clients, not just in the way that they work with them, but in terms of the products, consulting tools, the way that we think about creativity. So that when clients walk through the door when it’s called Interbrand, they get the same experience they would get anywhere else in the world.

CI: So there will be a gradual shift to calling Water Interbrand?

JF: Yes, without being specific about the timeframe. We obviously would like to get there sooner rather than later. We have a lot of respect for not just Ashish and his team, but also for Madhukar Kamath and the rest of the DDB Mudra Group. We have no reason to believe that they won’t move extremely fast to get to the point where they are competent and happy to use all of our consulting tools and methods. It’s really just a case of them getting used to being us. We aren’t going to go in and brainwash them though. In the short term, we’re already working with them on some things, and they’ll gradually get to know us better over the next few months.

CI: Is Interbrand known by other names in other markets?

JF: If you look back at our history, roughly half of the network was created organically and half by acquisitions. Where we’ve been through acquisition processes it isn’t unusual for us to go through a migration for the reasons I mentioned earlier. Indeed, it’s what we would advise our client companies to do as well – we don’t say that you should just go and stick a brand name on the front of a business because you happen to now be involved with it. You should be making sure that now the experience that the customer gets is what they would expect from that brand.

CI: What happened to the original arrangement of Interbrand India? Can you share what went wrong or the learning from here that caused the change?

JF: Nothing went wrong. We established a presence around a year and a half ago, and we’ve gradually built our knowledge of the market and developed contacts and relationships with clients, we have existing work underway and we’ve learnt how to split the service of different clients around our people on the ground in India and how it then connects to the rest of the network. The opportunity came up when Omnicom purchased the Mudra Group. I’ve known Madhukar for a long time and met Ashish maybe two-three years ago, so we’ve known each other for a while. It was a natural fit.

CI: What happens to the existing team? Do they get absorbed into Water?

JF: We had Viren Razdan as managing director, and we took a decision mutually to part company before the end of last year. But the two events are largely disconnected. At the time, we said that we wish Viren every luck; he helped us to get the business off the ground. He had some things he wanted to do with his career and life, and we had things we wanted to do with our business, and the sensible thing to do was to part company.

Regarding the rest of the team getting absorbed, yes. But Viren had a relatively small team. A lot of the work he was doing was serviced from outside of India. One of the things we want to concentrate on now with Ashish and Water is actually to build a strong local team so that we can service both local and international clients.

CI: What happens to the existing client relationships like Godrej?

JF: We believe that servicing clients isn’t about geography, it’s about people and skills. The team at Godrej have been working with a number of different individuals from London and other parts of the network over the years, and I’m sure that team will continue to service them in the same way. What we would hope is that with the addition of Water and having Ashish and his team on the ground, it will give Godrej an opportunity to further leverage our services.

CI: What are the objectives you hope Water will fulfil?

JF: All of our internal objectives are our internal objectives, but as far as our market is concerned, I’m approaching our work in India with the same degree of interest and personal contribution, as we are in other emerging markets like China and Brazil. It’s an important market for us and we see it as part of our growth in the future. I’m hoping for great things.