Protests have been taking place across the globe following George Floyd's death. 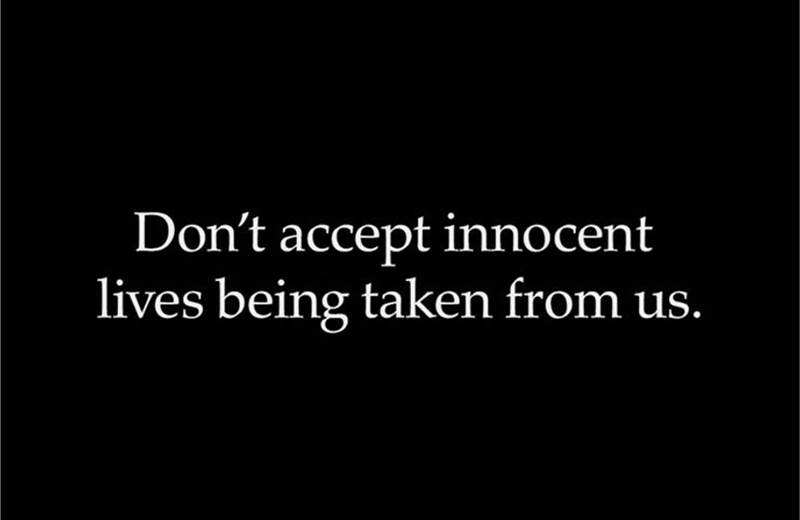 Nike, Adidas, Netflix and Ben & Jerry’s are among brands that have spoken out about their support for the Black Lives Matter movement over the weekend.

Anti-racism protests are continuing around the world after the death of George Floyd, who was killed by a police officer.

Floyd's death prompted a wave of protests, with curfews and the firing of rubber bullets and tear gas in the US unable to deter protestors, who are calling for an end to police violence against ethnic-minority people.

Amid the protests, brands have been showing their support for the Black Lives Matter movement.

Nike released a powerful spot encouraging people to "be part of the change" and work to resolve the issue of institutionalised racism. Created by Wieden & Kennedy Portland, "Don’t do it" inverts the brand’s tagline and urges: "Don’t sit back and be silent."

Ben & Jerry’s, which has been vocal about its support of Black Lives Matter since the Ferguson unrest in 2014, when unarmed 18-year-old Michael Brown was shot and killed by a police officer in Missouri, showed its support in a lengthy statement.

The ice-cream brand encouraged people to recognise a need to tackle "systemic and institutionalised racism", highlighting racial injustice as "the defining civil rights and social justice issues of our time". It declared: "All lives do matter. But all lives will not matter until black lives matter."

4 years ago, in the wake of Ferguson, we felt compelled to support the #BlackLivesMatter movement. We’re heartbroken those words are just as relevant today. These racist and brutal attacks against our Black brothers and sisters must end. #JusticeForFloyd https://t.co/7ngefmtqnu

Other brands altered their logos, including Google, which has added a message of support to its US home page alongside a black ribbon. Chief executive Sundar Pichai tweeted a photo of Google’s revamped look alongside the words: "We stand in support of racial equality and all those who search for it."

Twitter has opted to change its profile image to a black-and-white version of its logo, adding "#BlackLivesMatter" to its description. Last week, Twitter added a waring message to a post from US president Donald Trump that it found to be "glorifying violence".

For some brands, Twitter was also the platform they chose to voice their stance on Black Lives Matter. Netflix encouraged the public to speak up and provoke change in a post that read: "To be silent is to be complicit. We have a platform and we have a duty to our black members, employees, creators and talent to speak up."

To be silent is to be complicit.
Black lives matter.

We have a platform, and we have a duty to our Black members, employees, creators and talent to speak up.

Amazon celebrated the role of black artists, writers and producers, announcing that it is standing in solidarity with "the black community… and allies in the fight against racism and injustice".

A similar message was posted by Disney, which revealed support for "our fellow black employees, storytellers, creators and the entire black community" during this time of unrest.