'Kaun Banega Crorepati' to get Tamil adaptation on Vijay TV

'Neengalum Vellalam Oru Kodi' to be hosted by actor Suriya 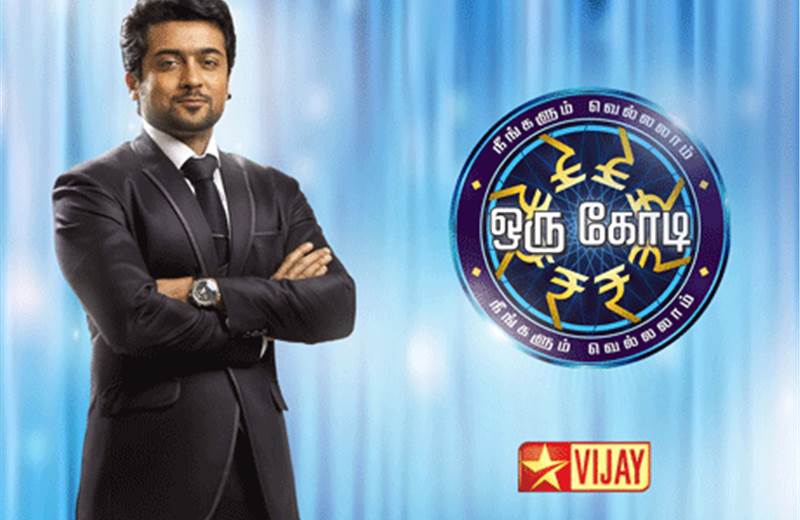 The game show 'Who wants to be a millionaire' (or 'Kaun Banega Crorepati' as it's known in Hindi) is all set to draw in Tamil audiences now. Vijay TV and Big Synergy have joined hands to bring the international format to Tamil television, titled 'Neengalam Vellalam Oru Kodi' (translates to: Even you can win 1 crore) in February 2012.

The show 'Neengalam Vellalam Oru Kodi' on Vijay TV will be hosted by actor Suriya, in his debut on television. The mechanism to participate in the show will be announced on Vijay TV on 25 December.

The shooting of the season begins in January 2012 and the show is all set to launch in February 2012. The launch of Neengalum Vellalam Oru Kodi will be supported by a marketing campaign that will cover outdoor, print, radio and cinema across Tamil Nadu.

Talking about the show, Vijay TV general manager K Sriram said, “This is truly the first international format that would hit the Tamil television screens and we are very excited about it. We are proud that we have managed to rope in Suriya to host the show  easily he is the biggest USP of this show. This programme would be the game changer not only for  Vijay TV but also Tamil television. To strengthen the channel, we plan to launch two high decibel fiction shows around this programme. We have planned an extensive marketing plan which this market would have never seen before.”