"It's like being sold to at a funeral": Australian PM's video slammed by critics

A social-media video from Scott Morrison was criticised for trying to gain political points during a national tragedy. 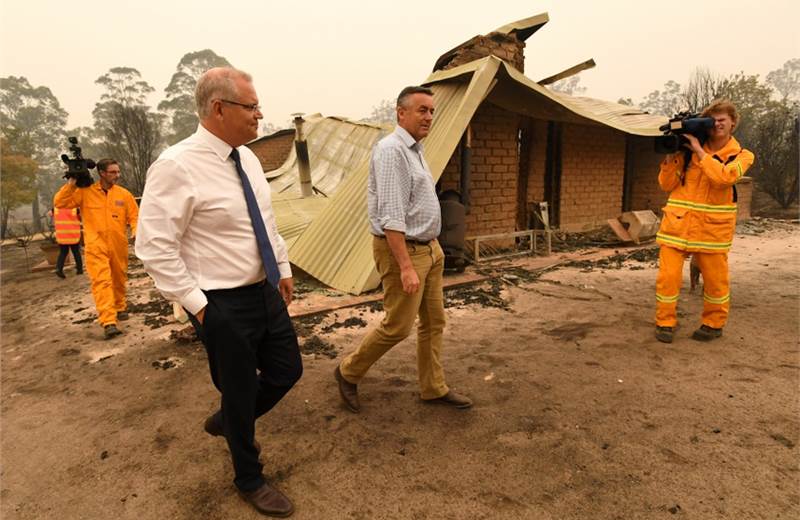 As the leader of a country currently ravaged by deadly bushfires, Australian Prime Minister Scott Morrison has been panned for releasing a video that some viewed as an advertisement.

We’re putting more Defence Force boots on the ground, more planes in the sky, more ships to sea, and more trucks to roll in to support the bushfire fighting effort and recovery as part of our co-ordinated response to these terrible #bushfires pic.twitter.com/UiOeYB2jnv

The video, released on the PM’s official social media channel Saturday, outlines the many ways the government has aided in the fires. But given that the situation in Australia is worsening, critics are slamming the video as insensitive, tone-deaf, and "exploiting taxpayer dollars".

The PM chose to stand by the action. In a media conference in Canberra, Morrison said: "To infer from that there was some other purpose in these communications—I reject absolutely and the commentary on that along those lines, I think, is false.

"It’s on Facebook. It’s put together by my own office. There are no real, honest expenses of any significance that are attached to making a Facebook post."

Katherine Murphy, political editor at The Guardian Australia said in a commentary piece that the video was a "bizarre act of self-love as firefighters battle to save Australia". Murphy writes: "You show leadership by actually leading. Not by telling people you are leading. Otherwise you are not a leader. You are an internet meme."

Todd Sampson, co-host of Gruen, the popular Australian TV show an advertising, tweeted that the video felt like "being sold to at a funeral".

Advertising! There is something not right about running political advertising during a devastating National Crisis. It’s like being ‘sold to’ at a funeral. PR Crisis 101: say less and do more.(Btw, the bouncy elevator music is too juxtaposing and really annoying.) #bushfires https://t.co/lv9JEVl8bY

Even Piers Morgan, himself no stranger to causing controversy online, had a few words for Morrison.

Wow. A self-promotional commercial with cheesy elevator music? This is one of the most tone-deaf things I’ve ever seen a country’s leader put out during a crisis. Shameless & shameful. https://t.co/ISgYEtlsb7

Incidentally, Morrison previously served as managing director of Tourism Australia from 2004 to 2006. Prompted by the fires, the tourism board pulled digital versions of a recent campaign featuring a chirpy Kylie Minogue singing to UK audiences about the sunny qualities of Australia.