'It's home': how brands are reacting to England's Euro 2022 victory 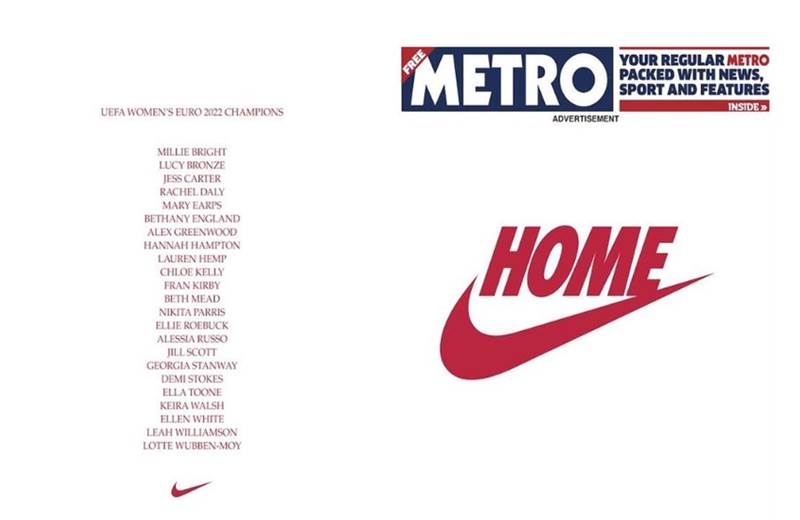 Nike released this cover wrap on the Metro

Brands are falling over themselves to mark the England women’s football team’s Euro 2022 final win over Germany.

Newspapers and social media have been full of reaction to the breakthrough event, which the BBC is trumpeting was watched by a peak audience of 17.4 million broadcast viewers yesterday, in addition to 5.9 million live streams of the game.

Tactical press ads from the likes of Walkers, Weetabix and EE are running inside today’s papers, which have all dedicated their front pages to marking the historic occasion.

According to newsbrand trade body Newsworks, other advertisers include Starling Bank, Dettol, Budweiser, Heinz and P&O Cruises, while Booking.com, Sky and the National Lottery ran ‘good luck’ ads on Sunday.

Weetabix, which sponsors the FA’s Weetabix Wildcats initiative to get girls aged 5-11 involved in football, went with the irresistible line “They had theirs”.

However, “It’s Coming Home” served Dettol and Royal Mail well. Creative for the former, the official hygiene partner of the England men's and women’s senior teams, showed it wiping away the middle word in the phrase.

While Royal Mail was able to boil it down to a football-shaped parcel addressed to “Home”.

Nike, the England kit sponsor, chose scale over subtlety, forking out for a Metro cover wrap that featured its swoosh and the word “Home” replacing “Nike” on the front and the names of the squad on the back.

EE called back to its existing TV-led campaign against sexist abuse aimed at women footballers with a full-page ad drawing attention to the 11 million viewers who disproved a tweet claiming “No one wants to watch women’s football”.

EE called back to its existing TV-led campaign against sexist abuse aimed at women footballers with a full-page ad drawing attention to the 11 million viewers who disproved a tweet claiming “No one wants to watch women’s football”.

Barclays, sponsor of both the domestic Women’s Super League and Championship, is pushing out a celebratory video on its social media channels.
It shows young girls training in a football stadium while in a voiceover the former England men’s footballer Ian Wright, who has been a prominent advocate of women’s football on the BBC’s coverage, says: “If there’s no legacy after this then what are we doing, because girls should be able to play”. At the end, Barclays reminds the viewer that there is more work to be done in grassroots-level football for women.
(This article first appeared on CampaignLive.co.uk) 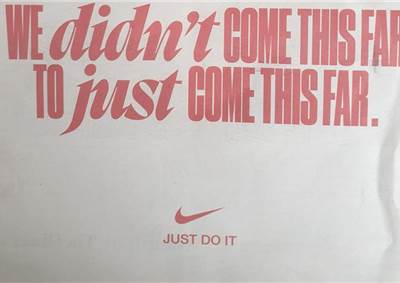