Internet of crashing things: I don't want to live in a software patch world 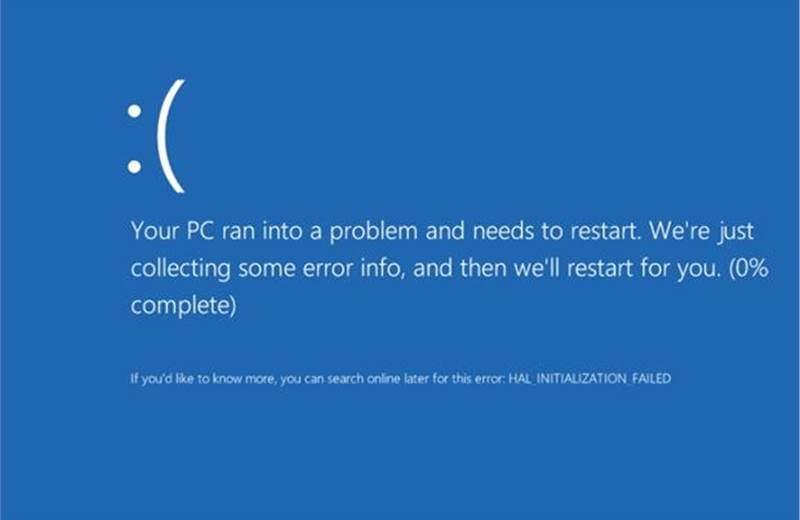 I am going to let you into a secret that is known to most technology reporters, but we don't tell the general public because we'd be out of a job.
Here it is: consumer technology is, in 2015, largely awful. Consider, in the course of today, whether a piece of technology has already irritated you. Did an app on your phone crash?
Did your 4G signal cut out while Facebook was loading? Did Windows gleefully decide to update itself and restart your PC as you lovingly constructed your PowerPoint presentation? Did you accidentally click on a pop-up ad on your phone because the ‘x’ button was too small?
Of course I recognise the wider, social good of technology probably outweighs the day-to-day irritations.
And more often than not, these small daily gripes are down to short-term problems like battery life, Moore’s Law and rubbish broadband. But we’re still in the dark ages of tech, and so I’d rather not have more of it in my life.
Connected bottles
So I'm slightly terrified of the looming Internet of Things. More brands, many of whom have no historic connection with tech, are becoming interested in the Internet of Things.
For the uninitiated, the Internet of Things essentially means giving products connectivity so they can communicate with each other, and their parent company.
This week I interviewed Markus Wulff, digital creative business developer at Absolut Vodka, about how the brand is embracing the Internet of Things.
Absolut and parent company Pernod Ricard are working on connected bottles and other Internet of Things innovations, and Wulff believes that this fundamental shift in connectivity will have a serious impact on how marketers think about their brands.
Rather than shipping ‘static’ products out of the door, marketers will increasingly need to think about their brand as a service, according to Wulff, feeding through updates, offers and services through their connected products. This is what Nike does through the Nike+ ecosystem.
The Internet of Things is still at a very early stage – we don’t see many connected bottles knocking around at All Bar One yet . It would be easy for marketers to get excited about the promise of detailed consumer behavioural data from products that can report back to them.
Internet of crashing things
My worry is not the potential privacy implications. That’s a legitimate concern, but frankly, most consumers don’t care. No, it’s the fact I don’t want my whole world to become a never-ending series of app crashes, forced shutdowns and "iRage". I don’t want a teapot that requires a software patch, because an operating system flaw means that someone could hack it and spray tea over my sofa.
If you think I’m being paranoid, look at Wired’s experiment in the US, in which hackers managed to access a Jeep’s entertainment system and crash the car. (Crashing a car being a little more serious than crashing an app).
Or, for a less theoretical example, look at the tech issues at Hive, British Gas’ smart thermostat. In March, Hive was hit by a DNS outage which meant customers were unable to control their heating remotely. How often does your ancient Honeywell fail?
So if you absolutely must dabble in the Internet of Things, fine. But for the sake of my iRage, just make sure it works.
(This article first appeared on MarketingMagazine.co.uk)