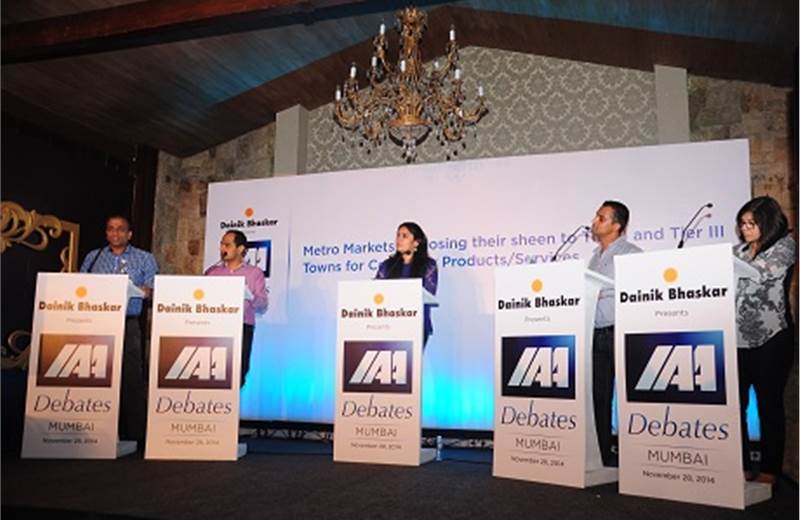 Nayak and Phadnis spoke for the motion as Pande and Mitra spoke against it.

US and UK contribute perhaps the largest amount of most MNCs' revenue and toplines but essentially all the growth and the future growth is actually going to come from the developing countries, he added. “I would stretch the same analogy for the current topic which is that, there are challenges in the metro markets. These challenges are faced by a host of marketing companies. When you have a growing economy, like India which clocked about 5 to 5.5 per cent last year, is expected to gallop to a very high growth if all the reforms actually happen. If you break down that GDP growth by the two key market categories that we’re debating right now, you’ve got the metros that contributed roughly to about 4 to 4.5 per cent vis a vis the Tier II, Tier III towns and the rural markets which grew by about 6.5 per cent. There itself you can actually start to see that there’s high growth in those markets.”

Phadnis argued the case that metro markets have very high costs associated with them across a host of items and that these costs are not only the facilities cost or real estate cost but also cost of resource, warehousing, manufacturing, acquisitions. He stated that what we’re seeing are the metro markets becoming more and more challenging from that perspective.

The speaker also touched upon there being a fair degree of saturation in the metro markets with a heightened level of competition: “Not only do you have Indian brands but also a whole host of MNCs and international brands competing in the metro markets. So if you have to swing the market share in any category by even half a percentage point, it is extremely challenging and very expensive.”

“Cut to some of the Tier II, Tier III towns where the same situation does not exist. This is because some of the categories are largely under penetrated with large growth opportunities still available. From a growth perspective, lower cost, lower competition typically gives you an interesting blend.”

He highlighted the role digitisation has begun to play in the smaller towns. “With conditions of higher internet penetration, what is changing is that the pipe going to homes is also able to deliver internet and we’re seeing a silent revolution in these smaller towns. This is going to be a big swing in terms of some of the e-commerce models which will dramatically alter the way we are experiencing growth in those towns. Internet bandwidth as per the IAMAI has been doubling every two years in those towns.”

Pande began by questioning how we define ‘sheen’ in itself. He asked, “What do you mean by ‘sheen’? Is it just growth or growth that really matters? If we would have been debating this say three years ago I wouldn’t have chosen to bat on this side. But in the last year the world has been changing faster than we think. In the last one or two years, the US and the UK coming back into growth have put them firmly back into the driving seat of the world economy. The reason is simple, for the emerging markets, such as India, to matter in the global economy it needs to grow at 9 to 10 per cent. Whereas 2 to 4 per cent for US and UK is enough to matter and that’s the same analogy you can apply to metros and Tier II, Tier III towns.”

Pande based his argument on the following four pointers:

Are metros losing sheen? They’re not.

“Consumer goods industry in 2014, has grown by about 7 to 8 per cent by published reports. If you take the metros and the non-metros, the metros are roughly the same or a point higher. If you look at the categories that we play in, you’ll see that the metros are actually growing a tad bit faster.   In some categories, actually, at twice the rate of non-metros."

"Two years ago they seemed to be losing sheen but not now.”

They need to shine

“There are marketers that are showing us the way. The data that we interact with suggests that the companies that are growing at a rate of 30 per cent have a greater contribution of business coming from the top eight metros.”

“If you’re in the business of growth, done the first round of penetration, you’ve reached everybody. The next growth is about ideas. And companies that are going to be invested in creating new ideas, new propositions are the ones that will get back to double digit growth.”

Nayak rebutted Pande’s point citing the data for 2014. He said, “How long are you going to fall back on the sheer size of present market? The whole argument is being built on the sheer size at present. The topic clearly says ‘losing sheen’. It doesn’t say being irrelevant. It’s not lazy marketing, one has to watch out whether the metros are going to get rusted.”

Nayak, building on Phadnis’ comments, said, “Happy hours build consumption. The few hours that you save in travelling in metro cities really drive consumption. What we as retailers are witnessing is how Diwali has become a three-day festival in metros.” He also cited the festival as a great consumption opportunity in the smaller towns.

Speaking about the factors working against metros, Nayak said, “As cities we’ve gotten used to reclaiming freedom, there’s something for us to learn from these towns. Metros need not also feel the need to ‘reclaim’ certain things, which should rightfully be ours in the first place. We are the creators of where we are now in the first place where we’ve jammed our roads and created places where we are unable to move. This is something the Tier II and Tier III have got going for them.”

The speaker further added, “Cities are polarising people. Every SoBo has a small slum around it, every Santacruz has a slum around it. Somehow cities have managed to create a served class and a serving class with a humongous disparity between the two which comes in the way while trying to implement marketing strategies. Look at the ripple this way: if someone is consuming something in the served class it would be consumed much faster in the serving class.”

Nayak spoke about combing through the market and finding out opportunities for sale. “Happy hours really work for Tier II, Tier III towns, communities do exist there, there’s a free flow of movement which leads to far greater opportunities of consumption.”

Mitra argued against Nayak’s point about metros losing time during travelling, “Where we’re talking about metros being about distance and therefore that having an impact on consumption, that is where technology comes in and that is where the metro audience is so adept at adapting technology for their own convenience and bettering their lifestyle. Mobile is a place where people are catching up on the lost time in their commute.”

Mitra refocused Nayak’s argument about zeroing in on retail opportunities during festivals by saying, “When it comes to festivities, the key difference between the metros and small towns is about the metros being about the future, being trendsetters and not being locked into the circumstances of the ecosystem but finding solutions around that. When it comes to the served – serving class argument, metros are in fact, really about democracy. In a city like Mumbai, you could have a rich industrialist in a BMW stuck at the same signal as a blue collar worker in an auto rickshaw where neither can do anything about it. You could live in the most expensive apartment but your view would be that of a slum and that is what creates so much of level-headedness.”

Mitra went on to list the factors that work in favour of the metros. “The higher SEC consumers are still in the metros and that is what determines the higher affordability. Infrastructure development always leads in the metros. It all starts with the metros and percolates to the smaller towns. Even though technology may be available, it’s great that solutions are available to the smaller towns but the adoption and depth of consumption of technology is higher in the metros and this is a trend which is likely to continue. More than 50 per cent of internet users are still in the metros and so are 60 per cent of social media users. This is important because social media is important, it is about influences and setting trends. So, metros really are about opinion makers, opinion leaders and trend setters.”

The most important are the softer aspects of a metro which really make the metros far more progressive than a smaller town, she said. “The work culture in a metro is far more professional, more structured, there are far more opportunities therefore for startups and entrepreneurs. For women, metros are a much better place. You’ll find a lot of women actually moving from small towns to metros because they want to move away from a patriarchal society. Education forms the bedrock of society and is a critical foundation for all of us to grow and develop.  The best educational institutions are still in the metros. Arts really are a soft side which is really about a determinant of how progressive or liberated a society is. This continues to be higher in the metros and hasn’t percolated to the smaller towns.”

‘Past will not always be able to predict the future’

The comment that caught Phadnis’ attention was when Nayak noted that ‘How long are you going to fall back on the sheer size of present market?’ He said, “I think the past will not always be able to predict the future. Especially when, you’ve got such a dramatic change happening in the Tier II, Tier III towns."

On whether it is a value versus volume game, Phadnis noted that this is exactly where lazy marketing is perhaps most relevant. He argued that smaller towns in the beginning are tougher because they are more fragmented and scattered across the country and if there’s no lazy marketing rather hard work on the ground, these markets are providing higher growth and lesser competition.

Nayak opined that cities are about those few people who get lots and lots of volume and towns are about many people getting a little bit of volume but great value. “Diwali is a three-day event here. What sells in Diwali? Clothes! Cities are waiting for when will that 50, 60, 70 per cent off boards are be put up. Towns are willing to go and spend, visit friends, buy food, that’s where the high margin products are. So, if someone hasn’t yet discovered the potential in smaller towns from a marketing perspective they have to go back and look at their marketing strategies."

Mitra noted that small towns still are about easy growth. She differentiated the consumer between the two regions saying, “The metro market consumer is far more exposed. He’s got global exposure today. He has got exposure to brands and categories from across the world and therefore to get him to upgrade is a far more challenging task than it is in a smaller town."

At the end of the debate, the audience, which had taken a stand at the beginning ‘For’ or ‘Against’ the motion, revised their positions based on the arguments made by both teams. Based on the audience’s response, Menon declared the team speaking ‘For’ the motion as the winner. 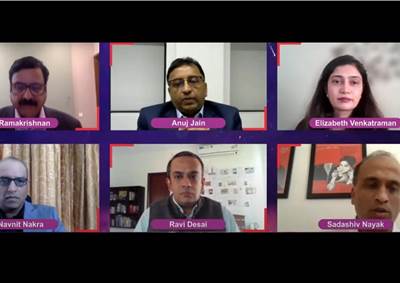 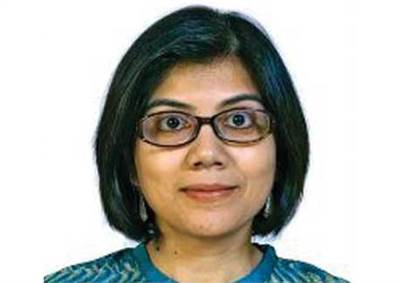 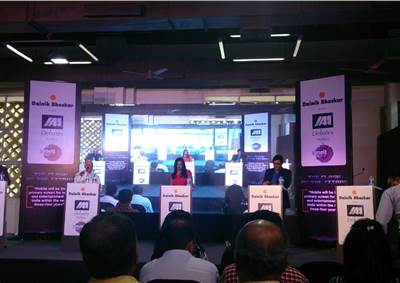 IAA Debates: ‘Mobile will not be the primary screen for news and entertainment in...