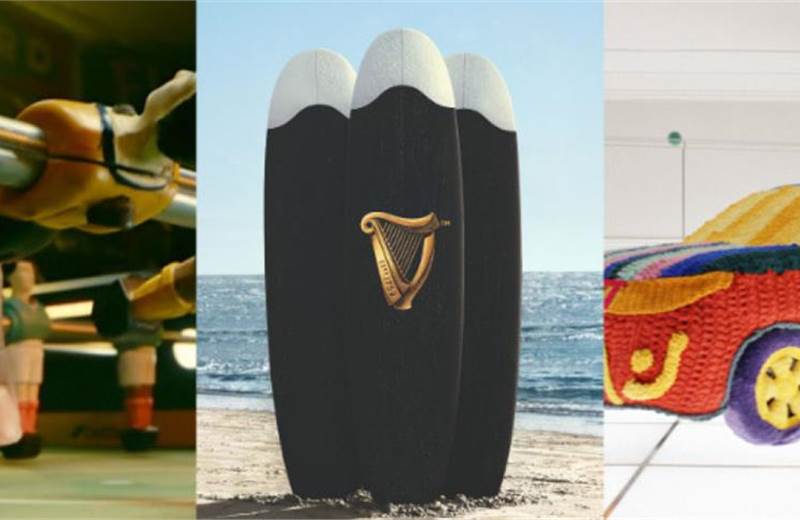 There was a time at university when the class was given an exercise to write a short piece about cotton wool or eggs, with a brief that was simply to make them sound like the best thing in the world.

The majority chose cotton wool. This was going to be a walk in the park, until the lecturer piped up and said any mention of clouds or pillows was banned.

Needless to say, everyone swiftly changed their minds and went down the egg route, because at least there were no restrictions there.

In this industry there is no “egg route”. If an agency faces a client with restrictions such as gambling, alcohol or automotive, then the team has no choice but to come up with the best strategy they can, given the circumstances. Because if it doesn’t, the idea might not even see the light of day.

In October 2022, the Advertising Standards Authority introduced more regulations to the gambling sector, where anything with a strong appeal among under-18s would be banned from appearing in its advertising.

The ASA has a responsibility to ensure the nation’s ads are “legal, decent, honest and truthful”, so, of course, it makes sense to prevent gambling ads from appealing to those who are under-age. But with this comes an obstacle, since many ads relied heavily on sports stars to be the face of gambling brands. It’s the cotton wool dilemma all over again.

Since these regulations were announced in April, the gambling sector has slowly started to shift away from the tired equation of “famous man + phone in hand = gambling fun” and more out-of-the-box thinking has taken precedence.

Betfair and Pablo also had to rethink its strategy following the regulations. The brand used to have dogs at the heart of its campaigns, which have a strong appeal to children. So the pooches were naturally ushered to the dog house in search of a revamped positioning.

Pablo and its creatives, Dan Scott and Bex Conyngham-Hynes, created the Del Boy-inspired character Brett Flair. Son of a British market stall holder and a Vegas performer, Flair charms and entertains the crowds from his bright yellow stall.

In addition, Pablo released “Finger ball”, to promote Betfair's Popular Bet Builder. Created by David Carr and Martins Millers, the 30-second spot depicts a pair of hands detaching themselves from one of the football fans' bodies and having lives of their own in the pub.

“There's a fine line between building entertainment and trying to do the thing that advertising needs to do in order to capture someone’s attention, but not going too far and falling foul of regulations,” Chris Turner, planning director at Pablo, and Tim Snape, executive creative director at Pablo, say of the work.

“But that’s exactly what we tried to do with this first campaign around the time of the new regulations.”

Turner and Snape add: “It is a cliché to say that restriction breeds creativity, but in this case it is a necessity. Yes, there are increasingly restrictive parameters we must work within, but that doesn’t necessarily hinder us.”

The pair explains how the recent creative processes haven’t felt any less creative than a project without restrictions and how the shop is motivated when it has to approach things differently.

“Sometimes, having some more guard rails forces you to do that more, so finding new inventive ways to engage with consumers about what really matters to them.”

Lisa Callow, head of gaming marketing at Betfair, says the bookmaker and Pablo meet regularly to discuss both brand and regulatory developments within the sector, which helps ensure the work they’re producing is always “relevant, up to date and well informed”.

Turner and Snape add that ad restrictions are always “at the very top of the thought chain” before they even begin to discuss strategy.

Explaining the dynamic between Betfair and Pablo, Callow says the team operates on the term that “whenever there is doubt, there is no doubt” to avoid developing ideas that could be lost further down the line.

“It’s never easy giving the creatives a list of 'do nots' on page one of a brief,” Callow says.

“But we have found that if you educate the team on why that is important for the brand from a social responsibility perspective, and then team that with customer drivers and a desire to be distinctive, I think it actually helps you create work that is more relevant and exciting to the people you want to speak to.”

According to Toby King, senior media relations officer at the ASA, much of its work starts with a complaint, which the organisation will then assess.

“When we start an investigation, we ask for evidence from the advertiser to prove that their ad doesn’t break our rules. We compare this evidence, and the ad itself, against our rules, and determine whether to uphold the complaint,” King explains.

“This process can be as quick as a few days, or take up to six months for highly complex, data-heavy areas that require us to seek the views of external experts.”

Once the ASA has made a decision, it will make a recommendation to an independent jury which determines whether an ad has or hasn’t broken the rules.

“I can imagine being very disappointed if that were to happen,” Ross Taylor, group creative director at Iris, says about how it might feel to have an ad taken down due to it breaking regulations.

“However, there’s always a solution, whether it’s a new edit, adaptation or repurposing for a different media channel, you can usually transform the loss into a win.”

Iris also has experience working with restricted sectors as it has created campaigns for Suzuki.

In July, the shop released “Good different”, a positioning that aims to make the brand stand out against others in a crowded market. The standard shots of cars whizzing through rolling hills or concrete jungles, while a sexy driver smiles smugly into the distance isn’t quite going to cut it for a brief like this.

“Good different” depicts some bizarre behind-the-scenes footage of what goes into making a Suzuki car. The company whispers jokes to every screw and enlists the help of grandmas to knit the cars their very own cardigans.

If car brands were able to inject their advertising with the adrenaline rush of speeding down busy streets and doing cool stunts reminiscent of a James Bond film, viewers would not have the delightful image of these vehicles wearing adorable knitwear.

“I am a big believer that constraints are what generate great creativity,” Taylor says. “If you ask creatives to ‘think of something awesome’ with no constraints or brief, nine times out of 10 what you get back is definitely not awesome.”

Taylor adds that it’s these constraints that force pressure and propel creatives into new spaces.

“Although I admit it is cheesy to say, pressure creates diamonds and I am obsessed with anything shiny. When it comes to regulations, to me it’s just another part of the brief that needs to be solved.”

With reference to how the Iris team developed the “Good different” concept, Taylor explains that the shop looked outside the category for inspiration, to avoid pigeonholing the team into producing ideas that have already been thought of.

Skoda is another example of an automotive brand that doesn’t have to rely on the typical tropes of car advertising. Instead, why not make the cars compete in a dog show or reimagine the vehicle as a giant cake?

“Embrace the regulations,” Nicholas Hulley, chief creative officer at Abbott Mead Vickers BBDO, says. “Most of the regulations – especially with alcohol advertising – weren’t designed to thwart you and ruin your day. They exist for a good reason.”

AMV BBDO has created work for Guinness and Bombay Sapphire that err on the side of subtlety, and it works.

“If you approach the brief already frustrated, already defeated, you are unlikely to prosper. Creativity thrives on optimism. And suffers on wasted energy.”

King explains that alcohol ads must not imply that the products can provide an escape from personal problems or enhance any personal qualities, sexual or social success.

The "Looks like Guinness" brand platform capitalises on the fame of the brand and lets the product speak for itself by using other objects that resemble the beverage at the forefront of its campaigns.

Hulley adds: “People like to say: give me the freedom of a tight brief. And having restrictions on what you can and can’t say is another form of the tight brief. Restrictions force you to be more creative. And in that way, it can be a great help to creativity. Can it be frustrating? Of course, but it’s a new challenge to think around.”

Bombay Sapphire’s “Saw this, made this” thinks outside the box by using the brand as a vessel for a social cause like creativity.

The 90-second film “The world is a gallery”, which was created in partnership with film director Baz Luhrmann, uses opposite tactics to Guinness where the product is hardly mentioned at all.

Instead the creative team have used the brand as an opportunity to champion creativity and create something that does more than just promote a product.

Lynne Deason, head of creative excellence at Kantar, says that the consumer response to alcohol ads illustrates the category is “more distinctive” than other ads and that they “punch above their weight at building a feeling of difference”.

Deason praises whisky brand Johnnie Walker as an example of this in action, as it adapts its campaigns to changing consumer behaviour and trends, making it “stay relevant, meaningful and distinctive”.

King adds that the ASA believes its rules encourage creativity rather than extinguish it, because it causes agencies and brands to carefully consider what they can and can’t say.

This incentivises advertisers to create more engaging content that leaves a lasting impact and generates trust and engagement.

“Our rules haven’t prevented the UK ad industry being famed for its creativity and producing award winning campaigns,” King says.

Pablo’s Turner and Snape advise the rest of the industry to rise to the occasion when presented with restrictions and “rage against indifference”.

“Our playground may be getting smaller, but there are still lots of funny, fresh, innovative, entertaining ideas that are out there ready to be made.”

In other words, don’t take the “egg route”.