Hiroshi Igarashi, CEO of the Japanese parent, is set to take direct control

Dentsu is set to drop the role of international chief executive and move to a single, global operation–a restructure that is expected to lead to Wendy Clark, the current international CEO, heading for the exit.

Campaign broke the news on 1 September that she was poised to step down as global CEO of Dentsu International after only two years, although there has been no confirmation yet from Dentsu or Clark that she is leaving her role.

Dentsu Group Inc, the Japanese parent company, is expected to announce in the coming days that she is stepping down as part of a global reorganisation that will bring together its two subsidiaries, Dentsu International and Dentsu Japan, as one operation.

Under the likely new structure, Igarashi is set to take direct control of all four of Dentsu’s regions globally–the Americas, Asia Pacific, EMEA and Japan.

Dentsu has been pushing a “One Dentsu” strategy to bring its international and Japanese businesses closer together and industry sources said the move to four regions under one global leader would be a logical outcome.

A spokesperson for Dentsu declined to comment about its restructure plans and referred Campaign to a previous statement, issued in response to the earlier story about Clark’s expected exit.

“A cross-functional global team of our executive leaders has been working on our long-term roadmap for Dentsu,” the company said. “We have strong confidence that this will continue our progress in driving growth and making client impact. We expect to communicate more fully as we finalise this planning process.”

Dentsu Group Inc already reports the financial performance of its four regions at its quarterly results.

Jacki Kelley is CEO of the Americas, Giulio Malegori is CEO of EMEA and Robert Gilby is CEO of APAC.

Leadership change at the top of Dentsu Group Inc

The expected restructure follows a series of significant changes at the top of Dentsu Group Inc at the start of 2022.

Igarashi, who was previously head of the Japanese business and co-chief operating officer of Dentsu Group Inc, became CEO and president of the parent company.

Andree is one of the key architects of Dentsu International. He oversaw the acquisition of Britain’s Aegis Group in 2013 to create Dentsu Aegis Network, which later rebranded to become Dentsu International in 2020 and continues to be headquartered in London.

The international arm reported declining revenues in both 2019 and 2020 and hired Clark from Omnicom’s DDB as part of a turnaround strategy.

That has included moving from 160 to six agency brands and a push to generate 50% of revenue from customer transformation and technology services.

Dentsu International and Japan have both reported strong revenue growth in 2021 and the first half of 2022.

Igarashi told investors at its Q2 results in August: “The transformation the group has undertaken over the past two years positions us well for the future – a simplified business with reduced complexity.”

Dentsu is the world’s fourth largest agency group with about 65,000 staff. Around 45,000 work in the international arm, whose flagship agencies include Carat, Dentsu Creative, iProspect and Merkle. 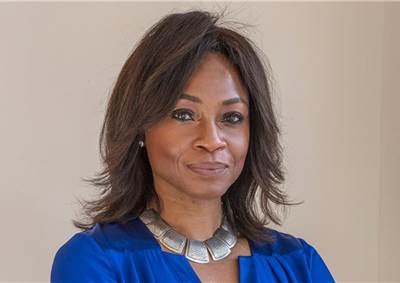