A new 3D TVC and website has been launched, which will be followed by an ipad app and mobile versions. 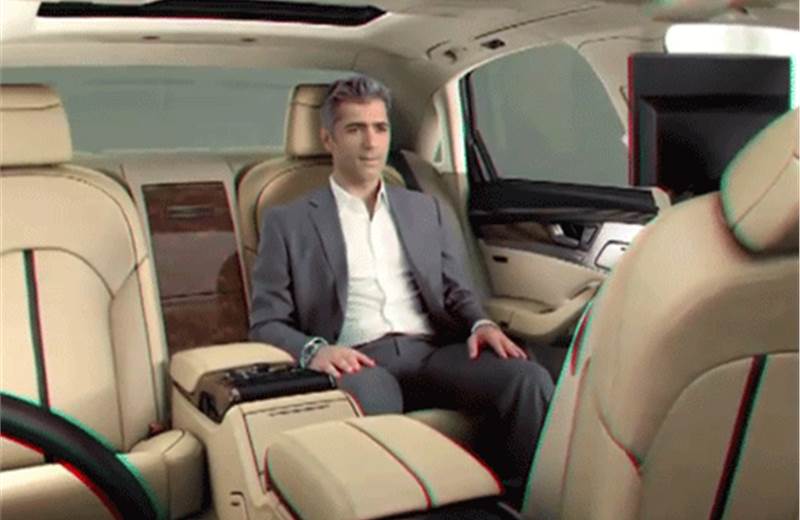 Creativeland Asia has gone the 3D route for the integrated launch campaign of luxury sedan Audi A8L. With a campaign line, “The advanced state of mind”, viewers are given a sneak peak of the car with a 3D experience through the TVC. Viewers can explore the car and interact with its intrinsic details in full 3D on the microsite. There’s also a full 3D ipad app, mobile versions of the site that is on its way as a part of the campaign.

The Audi A8 L film shows a protagonist taking a deep relaxing breath. His pupils dialate as he sees something off screen and is suddenly swept off his feet and flung into mid air as a luxurious A8 L magically assembles around him. Every little detail of the car mesmerizes the protagonist equally in full 3D. Once the car is almost celestially assembled mid air, it gains mass and drops softly on the floor. The man in the car finally breathes out as we see the super Advance state of Mind. The new Audi A8 L.

“The new Audi A8 L is, quite simply put, the pinnacle of automotive luxury. So it stood to reason to turn to psychology to help position the Audi A8 L. We applied Maslow’s hierarchy of needs to reinterpret the luxury car segment.” said Sajan RaJ Kurup, founder & creative chairman, Creativeland Asia.

Maslow's hierarchy of needs, a theory in psychology, is often portrayed in the shape of a pyramid, with the largest and lowest levels of needs at the bottom, and the need for self-actualisation at the top.

He added, "Primarily there are two aspects to the campaign, one to launch the most premium car that Audi has ever made - the Audi A8L, and at the same time create an aura about the brand Audi. They have been in India for three and half years now and this is the first time that they are producing their entire campaign in India. Audi is known for using the cutting-edge technology for their vehicles, and we also wanted to use the latest and emerging techonology in communication for the campaign. And that is when we decided to use 3D across mediums to recreate the experience of sitting inside a car."

"This car is meant for a very niche audience. The campaign is not about the numbers that we want to generate but the imagery that we want to create. People who are going to buy the car is very selective, so that is the reason we are using a little bit of pull and push. The 3D experience will cut across quite a lot mediums including TV, internet, mobile screens, ipad, first class airline cabins, Audi showrooms as well as cinema screens. We also have an interesting direct mailing activity planned that will reach a select audience urging them to experience the microsite,"informed Kurup.

“We are happy by this positioning strategy from Creativeland. Self actualization is an advanced state of mind where you feel that mundane things hold little value and you seek peace in small intrinsic details. This is when the senses regain their lost powers after years of materialistic pursuit. For the Audi A8 L buyer, it is the state where he is the centre, where his senses open out and he finds pleasure in the little details,” said Michael Perschke, director, Audi India.

“Since this is the most premium offering in the Audi stable, we wanted marketing strategy to mirror our product offering. Exclusively enjoyed by a chosen few while aspired for and intriguing for a larger audience. This integrated 3D campaign delivers it perfectly,” added Clemens Olmert, head of marketing, Audi India.

Srishti Sawhney, head - marketing communications, Audi India, said, “To communicate this idea what was needed above all else, was a ‘Wow’ factor. A truly inspirational experience to justify the campaign title: Advanced state of mind and true to Audi’s progressive outlook, we decided to create the world’s first fully 3D integrated campaign. The Audi A8 L campaign integrates an amazing car experience in full 3D across screens from the small mobile phone screens to laptop or PC screens to the movie screens.”

The agency has also created a Direct Mail inviting prospective customers to experience the car in full 3D on the web. The DM consists of a custom made high quality Audi anaglyphic 3D glasses and a full 3D car brochure.  The 3D film and the 3D web experience will be further explored in showrooms on touch screens and 3D screens to deliver a 3D walk-through of the car.