The speaker urged agencies to enable ‘orchestration’, with the brand and not the channel as the ‘hero’ 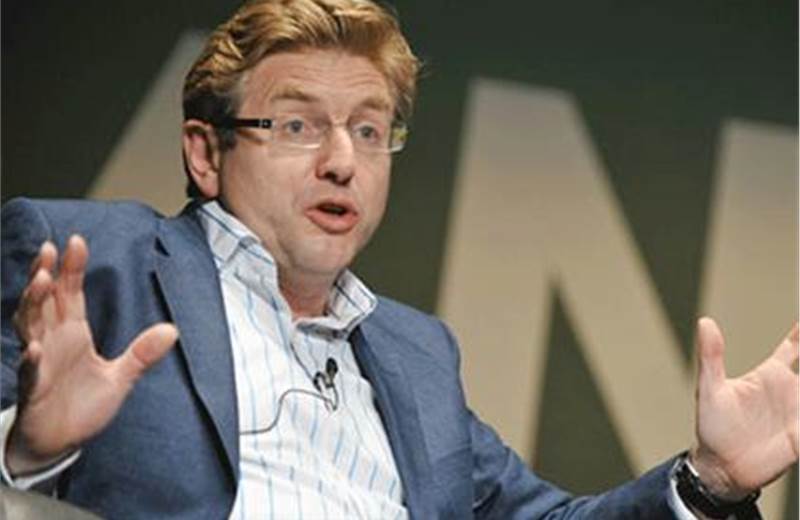 #BrightFuture was the theme of Unilever’s chief marketing and communications officer’s talk on day five of the Cannes Lions International Festival of Creativity 2014. While challenges born of choices created by change is something marketers face every day, it also presents opportunities said Weed, setting the tone for a ‘past, present and future’ talk on marketing. From ‘marketing to people’, the scenario has shifted to ‘marketing with people’, he submitted.
“In the last four and a half years as CMO, things have changed more than they have in the last 25 years. That has created chaos. It also presents huge opportunities for those who embrace the change. Content in real time is what advertising is competing against. The competition is with Hollywood and TV channels. The competition is all of you,” he said.
He underlined Unilever’s point of view on marketing, where brands engage with customers on scale – the stated positioning of ‘Crafting brands for life’.
He pointed to three headers to define the current state of marketing. The first, ‘Putting people first’, he elaborated with the case of Kan Khajura Teshan, executed in the media dark areas of Bihar.

Emphasising the need to ‘Build brand love’, Weed took the example of the ‘most viewed online video of all time’, Dove Beauty Sketches.

“Are people willing to share? Yes, if it is real,” said the speaker, noting that the video garnered 50 million views in 12 days, and 170 million views in all. “But most importantly, women everywhere realised that they are more beautiful than they think,” he added.
Speaking of the third pillar ‘Unlocking the magic’, Weed cited the case of the Axe film (below) and underlined the importance of agencies across the board. The commercial premiered on YouTube prior to its Superbowl airing, getting people, including celebrities, to ‘Kiss for peace’. Selfies born therefrom were put up on a billboard, building further momentum for #KissForPeace.
The future
‘It’s the framework which changes with each technology, not just the picture within the frame’ - quoting Marshall McLuhan from 1955, Weed underlined the three challenge areas that will demand marketers’ attention: Mobile, Social and Data. And they will demand an orchestrated effort in an era of machines speaking to machines, reiterated the speaker.
“Trying to navigate this will become increasingly complex. We need to think long and hard about how to simplify this. But when you get it, you get it really, really right,” said Weed, pointing to the example of AllThingsHair.
(Also read: Goafest 2014: ‘All creative ideas in future will be boundary-blurring’: Preethi Mariappan, Razorfish)
The campaign created in collaboration with Google, showed that one could predict a trend based on the search data, said Weed. He added, “We speak of Big Data; this was about ‘Big Insights’.”
Noting that there had never been ‘such pressure on creativity’ in the course of his talk, the Unilever marketing head underlined the need to collaborate with new talent, and supplement that with recognition and reward - in other words, ‘Unlocking creative talent’.
Orchestration -not fragmentation
For Project Sunlight, there are 12 companies working in tandem, noted Weed – a marked departure from the singular agency-client relationship of the past. In this scenario, he urged agencies to enable ‘orchestration’ to navigate the future of marketing.
He surmised, “We need much more help from agencies to help navigate this. Channels are fragmenting brands. We have mobile specialists, social media specialists (and more). They are trying to deliver 110 per cent mobile, 110 per cent social. I want 110 per cent for the brand, even if it is with 85 per cent of mobile and 75 per cent of social. The threat of fragmentation is real.”

Inability to access data due to privacy-related issues is a key marketing challenge: In...