Being woke is having a philosophy behind a brand: Geeta Rao

On Rediffusion Brand Solutions' Red Talks, Rao speaks on the agency's yesteryears, putting context into buzzwords, advertising in the 90s and brands being 'woke'

During the talk, she shared her learnings from Rediffusion, the advertising landscape during the 90s, building context out of emerging buzzwords, and wokevertising (woke+advertising).

Rediff was ahead of the curve as far as technology was concerned. It was wonderful to see what they accomplished in those initial days. Rediff.com became one of the leaders of the dot-com movement and that trend continued at Rediffusion.

This importance of technology has come full circle. A creative or business strategy can't be written without technology being a part of it.

During her time at Rediffusion...

I joined Rediff specifically for the account of Colgate’s Palmolive and also the Miss India property. It was a niche assignment, and it was a really exciting time to be in the advertising industry.

Even though it was a short time at Rediff. The agency had just formalised its network with the Y&R relationship. It was also the time when a local agency started to become a network.

At that time, there were legacy brands demanding attention and international brands that had to be put into the system. It was an exciting time, a state of flux. There were many battles, brainstorms and brilliant saves.

There was a historic brand war at that time between Colgate and Pepsodent. Unilever's Pepsodent was giving Colgate a huge run for its money. Everyone started to panic from Colgate New York, Y&R, and Rediff India.

As a result, we were all roped into this project for Colgate and some of those ideas came in by being packed all together in a hotel room to generate ideas. This built a huge amount of team spirit at that time. I had come in for Palmolive but all my budgets were cut and put into Colgate. That worked to my benefit in the end.

At Rediffusion, everyone was accessible and easygoing amidst pressure. It was all hands on deck without any ego plays. We rolled up our sleeves and got to work.

The 90s and Indian advertising...

If you were in advertising and media in the 90s, it was an exciting time to be in the industry.

Zee TV was launched. MTV and other music channels came in too. We saw media houses were coming in, and agencies were shopping around for networks and partners.

It was a period of post-liberalisation and optimisation. If you were in advertising, you were likely to be poached by agencies entering the country at that time. And Rediff was at the heart of all the action.

Advertising had begun to be the motherload of creativity where people came because the brightest brains were in the industry.

If you are writing about something, you need to immerse yourself in the location. Especially, when it is something that needs a bit of depth. Also, everything changes and communication has to pivot.

I had been called to deliver a masterclass for an NGO working for gender justice at the grass-root level. Over there, I learned that there are gender and caste dynamics that come into play. And there I was giving them ideas on how to campaign for their NGOs using examples of global brands. It is not about the clever head in the room or writing a great slogan. We went back not to tweak the communication but to find out where the root of the problem was. It opened up a different world for me completely. The solutions that are brought to the table for an FMCG brand might not work. But creative solutions still need to be thought out and out of the box ideas need to be conceptualised.

The rules of communication don’t change. It is just the vehicles and approach that changes. It is like seeing a Rorschach test, and the minute the woman in the inkblot is visible an aha moment is experienced and life changes. As communicators, that is all we need to do for our consumers. They need to get that aha experience. We need to touch lives and make a difference.

New buzz words and how to lead the context...

Metaverse, vegan, gluten-free and NFTs are the new words that have entered our vocabulary. These are marketing silos and profit-making businesses now.

If we don’t change, we will lose out on the consumer that is already at these touchpoints.

We need to try and understand how to use these new buzzwords in our communication and make sense of them.

For instance, if a consumer wants to buy a dress from Vero Moda or any other fashion house, they don't need to understand the metaverse. But through communication, they should be able to go to an online changing room, pick a dress, pick the size and see how they will look in it.

But as advertisers, we need to know what the idea behind the technology is to be able to inform them through simplicity.

We need to bring all the trends and learnings into our communication instead of just looking at communication silos is very important.

The world has changed, and consumers have become more sensitive. If advertising doesn’t have the right badges and buzzwords the brand is going to be at the losing end.

We have seen this happen with brands like Tanishq. They try to be woke, but it back peddles, then they can’t be woke enough and take a stand. It doesn’t help a brand at all.

An example is Colin Kaepernick, who took the knee for the ‘black lives matter' (BLM) movement, and Nike supported him because they sponsored him. The backlash on the brand was terrible with the boycotts and smashing of stores. Nike lost a lot of brand sales. But they stuck with him and continued the sponsorship. One year after the BLM movement started, Nike had posted its highest profits in the last five years. This happened because the brand stood for philosophy, and it wasn’t just about communication.

Having a philosophy behind a brand is what being woke is. It will challenge everyone, in this day and age. 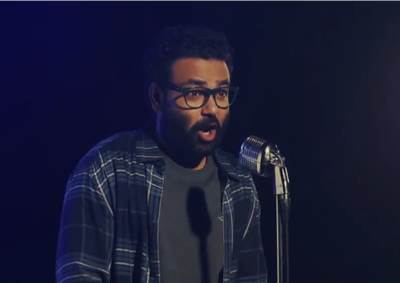 PGIM speaks to the youth about retirement planning